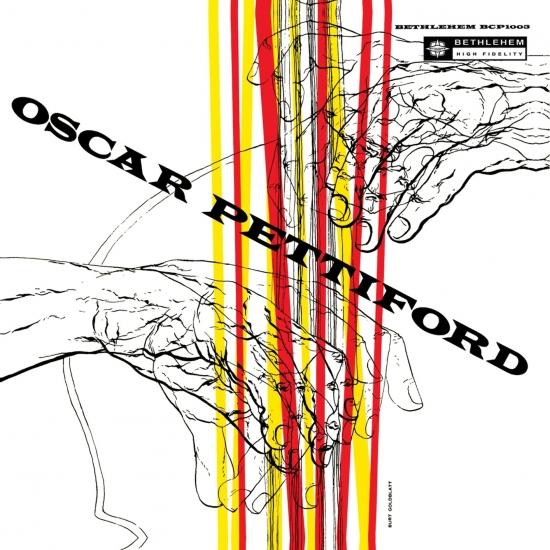 Oscar Pettiford was one of the top bassist of the 1945-1960 period, and the successor to the late Jimmy Blanton. In addition, he was the first major jazz soloist on the cello. After starting piano, Pettiford switched to bass when he was 14 and played in a family band. He played with Charlie Barnet’s band in 1942 as one of two bassists and then hit the big time in 1943, participating on Coleman Hawkins’ famous “The Man I Love” session; he also recorded with Earl Hines and Ben Webster during this period. Pettiford co-led an early bop group with Dizzy Gillespie in 1944, and in 1945 went with Coleman Hawkins to the west coast, appearing on one song in the film The Crimson Canary with Hawkins and Howard McGhee.
Pettiford was part of Duke Ellington’s orchestra during much of 1945-1948, and worked with Woody Herman in 1949. Throughout the 1950s, he mostly worked as a leader.
„If I had to sum up Oscar, I would say that he should be ranked with the select group of great jazz artists, beyond merely one of the great bassists”, so says Ira Gitler in the book The Masters Of Bebop: A Listener’s Guide. This new release on the Bethlehem label of the original 1954 recording Oscar Pettiford Modern Quintet demonstrated the boundless talent that the group possessed all of which was guided by Pettiford whether on bass or cello.
While the music is outstanding, each composition comes in at under three minutes per track for a very slim session of just slightly over fifteen minutes. For those cost-conscious consumers, the most efficient way of acquiring this music would be by digital download which can be purchased, by shopping around the internet, for around $6 for the entire album. The Gerry Mulligan composition “Sextette” opens with Watkins’ French horn and Rouse’s tenor in unison for several bars over Pettiford’s bass, then Rouse’s tenor takes brief but delightful solo. On the Quincy Jones piece “Golden Touch”, Pettiford uses the cello throughout and in effect carries the composition with Jordan’s piano in a supporting role.
There are three original compositions by Oscar Pettiford starting with “Cable Car” which features Watkins on French horn and a sprightly Duke Jordan on piano. “Trictatism” is bass feature for Pettiford with a fine solo interlude by Rouse on tenor. Finally “Rides Again” has a pleasing ensemble sound with Pettiford on both bass and cello with the latter being over-dubbed, with a couple of flashy solos from both Rouse and Jordan.
Despite its very skimpy length, this is a delightful offering with tight ensemble playing along with some skillful solos and confirms the old adage that good things come in small packages.“ (Pierre Giroux, Audiophile Audition)
Oscar Pettiford, cello, bass
Julius Watkins, french horn
Charlie Rouse, tenor sax
Duke Jordan, piano
Ron Jefferson, drums
Digitally remastered 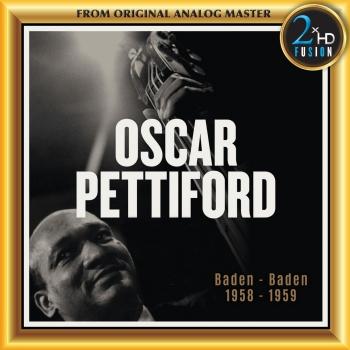 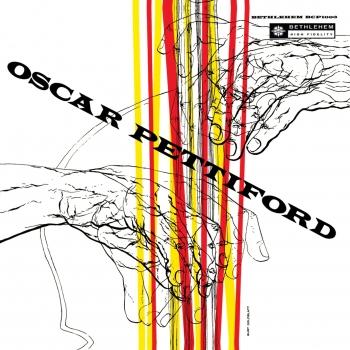 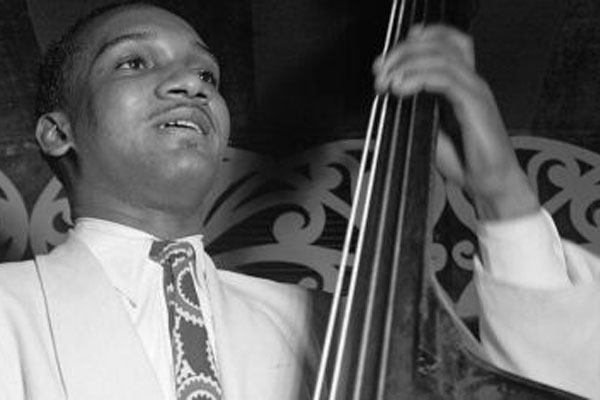 Oscar Pettiford is coined one of the top bassits of the 1945-1960 period, the first major soloist on the cello, successor to Jimmy Blanton and part of the first bop band to be heard on 52nd street in New York if that’s any indication of what you can expect from Oscar Pettiford Modern Quintet.
Starting with the strength on the opening chorus of Sextette, the bright piano flashes in Cable Car, and the tasty brushwork by drummer Ron Jefferson in Rides Again, the width of Oscar Pettiford & the Quintet’s talent is limitless.