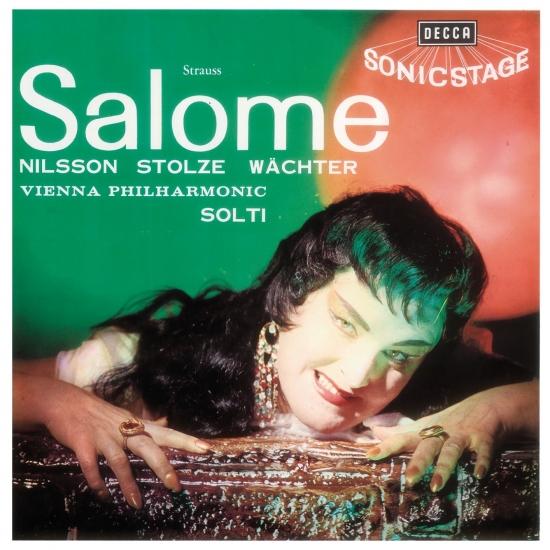 „If ever there was a dysfunctional family, it was the one in this opera, based on a Greek tragedy but deeply imbued with the ideas of Sigmund Freud. The mother Clytemnestra (mezzo-soprano Regina Resnik) and her lover Aegisthus (tenor Gerhard Stolze) have murdered the father, Agamemnon, on his triumphant return from the Trojan War. They have an excuse: Agamemnon gave his daughter Iphigenia for a human sacrifice. Another daughter, Elektra (soprano Birgit Nilsson), burns for revenge, but as a woman in a patriarchal society, she must use her brother Orestes (baritone Tom Krause) to execute her plan. Nilsson's portrayal is a high point of her career, and the whole brilliant production matches her performance. This is not easy listening, but it puts us in touch with dark realities dangerous to ignore, and the music (after you get used to it, which may take a while) has great power.“ (Joe McLellan)
“Undoubtedly one of the greatest performances ever on record … There are many who believe, as I do, that Elektra was Nilsson's most exciting accomplishment for the gramophone, surpassing even her Brunnhilde. Her unflinching attack, magnificent high Bs and Cs, her subtle shadings … her depth of feeling … coupled with her absolute steadiness of tone, are something we are lucky to hear once in a lifetime … this is possibly Solti's most notable operatic recording. The nervous tension of this work finds a keen empathy in his gripping, taut and highly detailed conducting, to which the VPO responded with their finest playing, and every strand of the score, given—for once—complete, is caught by John Culshaw's recording.” (Gramophone)
“A classic superbly remastered, with Nilsson's searing anti-heroine and Solti building almost unbearable tension. Includes Resnik's raddled Klytaemnestra, Krause's heroic Orest and Marie Collier, at the peak of her career” (BBC Music Magazine)
Decca, THE Opera Company, has always invested infinite energy and enormous care in its productions, pairing unrivalled casts with its unequalled technical skill and legendary sound. Decca Classics is proud to continue its Hardback Opera Series of go-to performances incorporating true 24-bit audio with two reference recordings of R. Strauss with casts led by Birgit Nilsson and also Leontyne Price’s legendary recording of Verdi’s Aida – all three performances are conducted by Sir Georg Solti.
Birgit Nilsson, soprano (Elektra)
Marie Collier, soprano (Chrystothemis)
Regina Resnik, mezzo-soprano (Klytämnestra)
Gerhard Stolze, tenor (Aegisth)
Tom Krause, baritone (Orest)
Wiener Philharmoniker
Georg Solti, conductor
Recorded September 1966 at Sofiensaal, Vienna
Digitally remastered