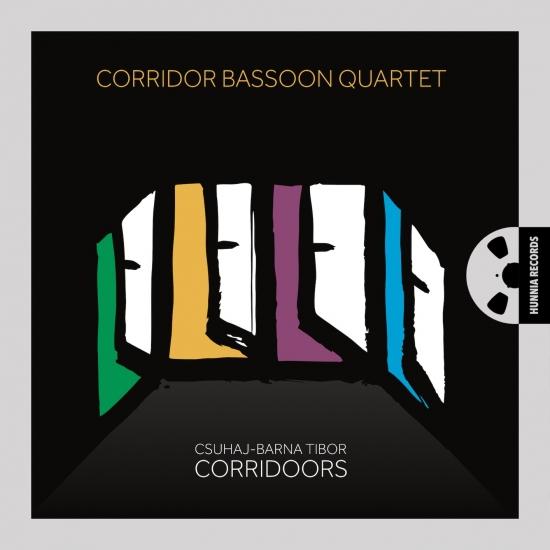 The Corridor Bassoon Quartet was established by György Lakatos bassoon player and his three students. The Corridor relates to a corridor, which leads the audience through the different centuries, styles and genres, renaissance, baroque, modern and traditional, jazz, rock and fusion music. In this album the musicians play Csuhaj‘s pieces composed for bassoon quartet. For decades he has been one of the most dominant figures in the improvisational music of Hungary. These songs are modern yet catchy, seasoned with the sound of bassoons, it has a kind of fairytale feeling, like "Lord of the Rings” feeling.
Corridor Bassoon Quartet:
György Lakatos, bassoon
Zsófia Stefán, bassoon
Rebeka Tóth Sára, bassoon
Mihály Duffek, bassoon
Additional musicians:
Ágnes Lakatos, voice (tracks 4, 6, 7, 8)
Tibor Csuhaj-Barna, double bass (tracks 3, 4, 6, 7, 8, 10)
Rebeka Csuhaj Barna, flute (track 11) 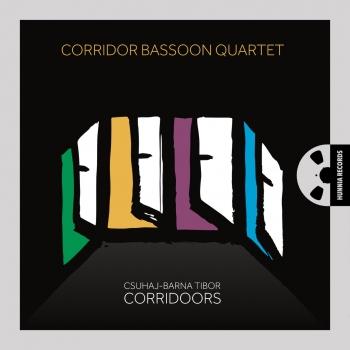 György Lakatos
He graduated from the Liszt Academy of Music in 1987. Since 1985 he has been principal bassoonist of the Hungarian State Opera House and the Budapest Philharmonic Orchestra. Between 1993 and 1997 he was awarded four times by Artisjus (Hungarian Copyright Office) for his interpretation of Hungarian contemporary compositions. In 1996 he was awarded the Liszt Prize, and the following year he received an Eötvös Scholarship in Paris. In his recordings he have appeared both as soloist and chamber musician. He has given concerts, competed and taught in almost every country in Europe, and has also toured in America and Israel.
Tibor Csuhaj-Barna
double bass player, teacher, composer was born in 1964, Hungary. He graduated at the Jazz Departments of Ferenc Liszt Academy. Since 2008 he is the jazz double bass teacher of the Liszt Academy. He has been playing double bass since the late eighties with many outstanding bands in. Hungary. Beside being on stage, he composing and arranging music permanently. He has contributed to more than 30 recordings as a double bass player, six of them as composer and arranger, too.