If You Want Blood You've Got It (Live) (Remastered) AC/DC 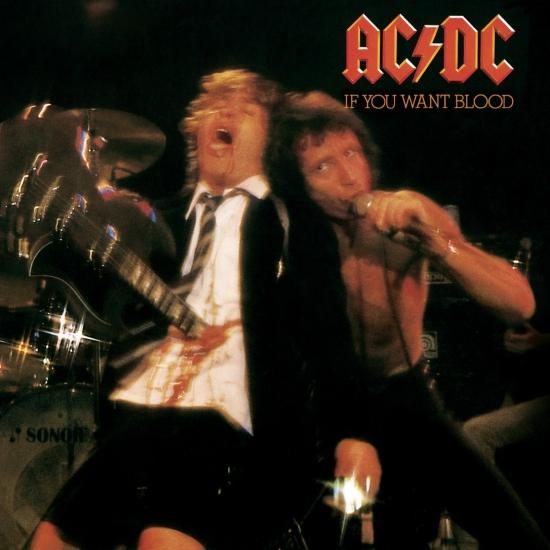 Info for If You Want Blood You've Got It (Live) (Remastered)

If You Want Blood You've Got It is the first live album by Australian hard rock band AC/DC, and their only live album with Bon Scott as lead vocalist. It was originally released in the UK and Europe on 13 October 1978, in the US on 21 November 1978, and in Australia on 27 November 1978.
The album was released a mere six months after the band's previous studio album Powerage. Originally, a greatest hits package had been in the works called 12 of the Best but the project was scrapped in favor of a live album. It was recorded during the 1978 Powerage tour and contains songs from T.N.T., Dirty Deeds Done Dirt Cheap, Let There Be Rock, and Powerage. It is the last Bon Scott-era AC/DC album produced by Harry Vanda and George Young, who also produced the band's first five studio releases. In his 1994 Bon Scott memoir Highway to Hell, author Clinton Walker observes, "Live albums, which tended to be double or triple sets in which songs short in their studio versions were stretched out into extended tedium, were for some reason popular in the seventies. If You Want Blood reversed this tradition...it boasted a blunt ten tracks and, allowing nothing extraneous, got straight to the point, that being raging AC/DC rock and roll."
AC/DC's concert at the Apollo Theatre in Glasgow, Scotland on 30 April 1978 was used for the live tracks (it has never been confirmed if any other concert tracks from this tour are used also) that appeared on the album, as it can be clearly heard during "The Jack" Scott exclaiming "Any virgins in Glasgow?" as proof of some songs' concert location. This concert will also be remembered for the encore when AC/DC came back on stage dressed in the Scottish Football strip, paying homage to Scott's and the Young brothers' homeland. A song with the same title of "If You Want Blood (You've Got It)" appeared on the next album, and the band's US album charts breakthrough, Highway to Hell.
The song "Dog Eat Dog" performed on the night was eventually removed from the album release, and the encore "Fling Thing/Rocker", was edited for the album, removing "Fling Thing" and cutting out the extended Angus guitar solo, as he does his now notable walk around the audience (with an early version of a wireless guitar lead). This part of the band's future concert theatrics would be replaced with the 1977 album title track "Let There Be Rock", as they have not played the song "Rocker" more than a few times since the passing of Bon Scott in 1980. The live rendition of "Dog Eat Dog" from the concert was initially released as the B-side of the single "Whole Lotta Rosie" in November 1978, later that same year but only in Australia.
"AC/DC was fast becoming one of rock's top live acts by the late '70s. Few others could match the band's electrifying live performances: Angus Young's never-ending energy and wise-ass antics, Bon Scott's whiskey-soaked vocals, and the rest of the band's penchant for nailing simple, yet extremely effective and memorable, riffs and grooves. While most other rock bands of the era were busy experimenting with disco or creating studio-perfected epics, AC/DC was one of the few specializing in raw and bluesy hard rock, as evidenced by 1978's live set, If You Want Blood You've Got It. Recorded during their world tour in support of their Powerage album, If You Want Blood contains many of AC/DC's best compositions up until that point: "Bad Boy Boogie" (complete with the break-down section in which Young would "strip"), "The Jack," "Problem Child," "Whole Lotta Rosie," "High Voltage," "Let There Be Rock," and "Rocker." Strangely, their early anthem "Sin City" was not included, and there's a slight sense of studio enhancement on certain tracks. While the first disc of the 1997 box set Bonfire is the best document of live Bon Scott-era AC/DC ("Live From the Atlantic Studios"), If You Want Blood You've Got It is highly recommended." (Greg Prato , AMG)
Bon Scott, lead vocals
Angus Young, lead guitar
Malcolm Young, rhythm guitar, backing vocals
Cliff Williams, bass, backing vocals
Phil Rudd, drums