Who Made Who (Remastered) AC/DC 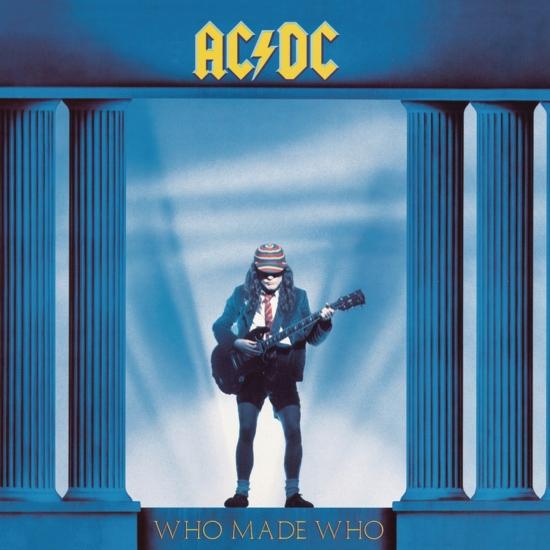 Info for Who Made Who (Remastered)

Who Made Who served as the soundtrack to the Stephen King film Maximum Overdrive, mixing three new tracks (two of them instrumentals) with popular selections from their catalog. Little mention is made of the movie itself (a small blurb on the back cover tells us this is “the official soundtrack from the Stephen King film Maximum Overdrive”), as Atlantic was likely content to let consumers perceive this as the next release from AC/DC. (The movie, to paraphrase the immortal Homer J., was the “suckiest bunch of trucks that ever sucked.”) The three new tracks were recorded in the same studio as Back In Black with producers Harry Vanda and George Young; the instrumentals are a cut above your usual soundtrack music, and “Who Made Who” rocks. Who Made Who was as close as AC/DC had come to releasing a greatest hits record, and some fans took it as such, gorging on the band’s greatness. I’ve read elsewhere that Stephen King picked these songs himself (to be taken with the usual grain of salt), and crabsodyinblue.com notes that the version of “For Those About To Rock (We Salute You)” was remixed for this movie (I can’t corroborate since I don’t have the original). Just something to chew on, since the first theory would explain the inclusion of “Ride On,” the second why “For Those About To Rock” sounds so crisp and calculated to my ears. In all honesty, Who Made Who doesn’t function any better as a catch-all of hits than Back In Black. The inclusion of “Sink The Pink” and “Shake Your Foundations” from Fly On The Wall is self-serving, the two new instrumentals largely unnecessary, and the packaging stingy (as most soundtracks are). But compared to the lackluster movie, it’s clear who the real kings are.
"On paper, Who Made Who is just a cheap soundtrack to a cheap movie (Stephen King's disastrous Maximum Overdrive), but it's actually much more than that. It serves as a ripping AC/DC retrospective, tearing through such classics as "You Shook Me All Night Long" and "For Those About to Rock," adding the pounding title track to the band's canon, and rescuing overlooked songs like "Sink the Pink" from otherwise mediocre albums. It's not a perfect retrospective -- there's no "Back in Black," "Highway to Hell," or "Dirty Deeds Done Dirt Cheap" -- but what is here is terrific." (Stephen Thomas Erlewine, AMG)
Brian Johnson, lead vocals
Angus Young, lead guitar
Malcolm Young, rhythm guitar, backing vocals
Cliff Williams, bass, backing vocals
Simon Wright, drums
Bon Scott, lead vocals on "Ride On"
Phil Rudd, drums on "You Shook Me All Night Long", "Ride On", "Hells Bells" and "For Those About to Rock (We Salute You)"
Mark Evans, bass, backing vocals on "Ride On"
Produced by Robert John "Mutt" Lange, Harry Vanda, George Young, Angus Young, Malcolm Young
Digitally remastered