Blow Up Your Video (Remastered) AC/DC 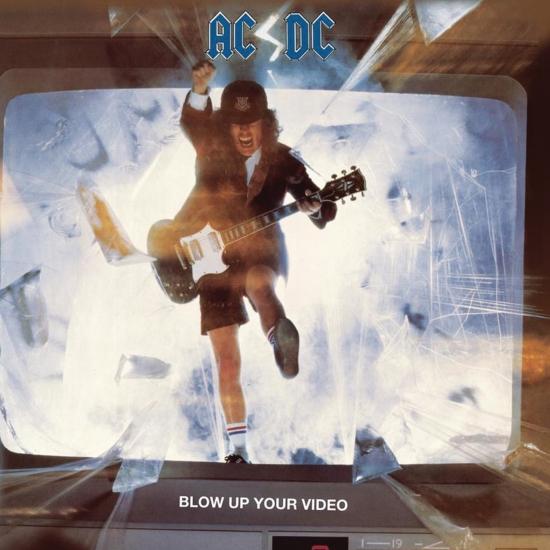 Info for Blow Up Your Video (Remastered)

"Blow Up Your Video" is the eleventh studio album by Australian hard rock band AC/DC. It was the band's tenth internationally released studio album and the eleventh to be released in Australia.
Writing sessions for Blow Up Your Video took place in London's Nomis Studio in July 1987, with the band convening at Miraval Studio in Le Val in Provence in the south of France in August and September with Harry Vanda and George Young, the production team behind the band's early albums. This was also the final studio album to feature drummer Simon Wright.
In a 2008 Rolling Stone cover story, George Young admitted to David Fricke that the Blow Up Your Video session was when he realized his brother Malcolm, who had always been a heavy drinker, was in the grips of alcoholism: "I saw the signs. Malcolm had a problem. I said if he didn't get his act together, I was out of there. I don't recall it having any effect."
The band recorded 16 tracks during the sessions, including the unreleased songs "Let It Loose" and "Alright Tonight", as well as other versions of "Heatseeker", and "That's the Way I Wanna Rock 'n' Roll". Two additional songs, "Snake Eye" and "Borrowed Time", were recorded but not featured on the album. The song "Down On The Borderline" was recorded, but not released until 1990 as a B-side. All three of these songs were later included on Backtracks in 2009. Demo tracks for the songs "Let it Loose" and "Alright Tonight" were stolen and bootlegged, so they were omitted from the final album cut.
Although he wrote all the lyrics on the album, it was the last on which Brian Johnson was credited as a songwriter (all songs on subsequent albums were written by the Young brothers).
The title of the album was taken from a line in the song "That's The Way I Wanna Rock 'n' Roll". In 1988 Angus explained the title to MTV Australia: "We were probably a band that's best seen in a live situation and that's how the title came about... 'Cause everything's automatic these days. A kid can flick on the button on a TV, he's got a remote control and he can zoom through everything and get it coming in from all over the world. You can turn on your radio and get rock coming in from America. For us, the best thing as a band it was always we were great onstage."
"AC/DC remained a popular concert draw throughout the '80s, although such albums as Flick of the Switch and Fly on the Wall failed to replicate their mass U.S. commercial success of 1980-1981 (Back in Black, For Those About to Rock, a reissue of Dirty Deeds). But the successful soundtrack for Stephen King's lackluster movie Maximum Overdrive, titled Who Made Who, put AC/DC back on the right track commercially. Their first new studio album of all-new material in three years, 1988's Blow Up Your Video turned out to be their most successful album since 1981's For Those About To Rock, even though it was chock full of filler. The driving album opener, "Heatseeker," turned out to be a surprising Top Ten single in the U.K., while the anthemic "That's the Way I Want to Rock n' Roll" proved to be another highlight (video clips were filmed for both songs, as well). But from there on (with the exception of "Kissin' Dynamite" and "This Means War"), it gets pretty unfocused. The album is glutted with such throwaways as "Nick of Time," "Ruff Stuff," and "Two's Up" -- completely missing the point of what made such previous albums as Back in Black so great (they simply did not contain a weak moment). Blow Up Your Video also marked the return of AC/DC's early production team, Harry Vanda and George Young, who man the boards for the first time since 1978's If You Want Blood." (Greg Prato, AMG)
Brian Johnson, vocals
Angus Young, lead guitar
Malcolm Young, rhythm guitar, backing vocals
Cliff Williams, bass, backing vocals
Simon Wright, drums, percussion
Produced by Harry Vanda, George Young
Digitally remastered
Please Note: We offer this album in its native sampling rate of 48 kHz, 24-bit. The provided 96 kHz version was up-sampled and offers no audible value!