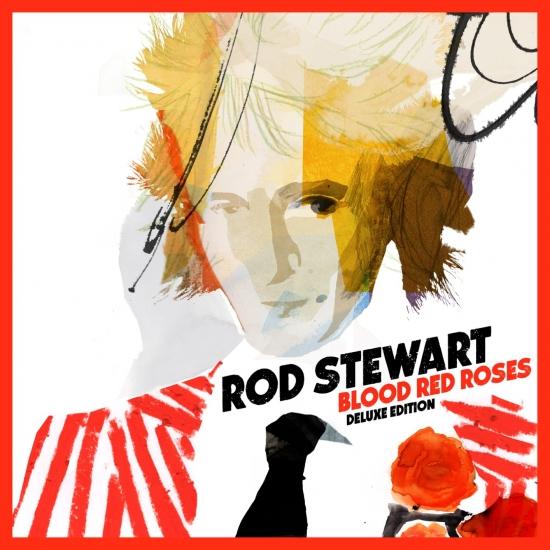 "Blood Red Roses" continues the latest chapter in Stewart’s epic career, which has seen his return to songwriting and storytelling as he continues to thrill audiences with his live shows. The album, produced by the star’s longtime collaborator Kevin Savigar, contains Rod’s own new songs and three covers. “I always think I make albums for a few friends and this record has that intimacy,” says Stewart. ‘Sincerity and honesty go a long way in life and the same is true in songwriting.”
“Blood Red Roses,” a deeply personal 13-track collection of originals and three covers, is quite simply peak Rod Stewart. The album’s first single, “Didn’t I” is about the damage drugs can do from a parent’s’ point of view. This new album, his first in three years, follows international bestsellers “Another Country” (2015) and “Time” (2013) and will be released nearly 50 years to the date of when he signed his very first solo recording contract.
The artist, whose career sales now total over 200 million albums and singles worldwide, recently resumed his Rod Stewart: The Hits residency at the celebrated Las Vegas location Caesar’s Palace, for seven dates in June. The show debuted there in 2011 and has played to more than half a million people, with Stewart performing such anthems as ‘Maggie May,’ ‘You Wear It Well,’ ‘Do Ya Think I’m Sexy,’ ‘Hot Legs,’ ‘The First Cut is the Deepest’ and ‘Tonight’s The Night.‘
The two-time Rock and Roll Hall of Fame inductee has extensive North American dates booked for the rest of 2018 with special guest Cyndi Lauper. He will then resume the Las Vegas show from 21 November, with six more shows confirmed there.
Forbes writer Steve Baltin said of the entertainer’s concert at the Hollywood Bowl in June: “To Stewart’s immense credit the show always felt completely organic and just a celebration of an iconic career and the music he clearly loves and wants to share with his fans. That he has been able to do it so well for so long maybe his ultimate legacy.”
Rod Stewart, vocals