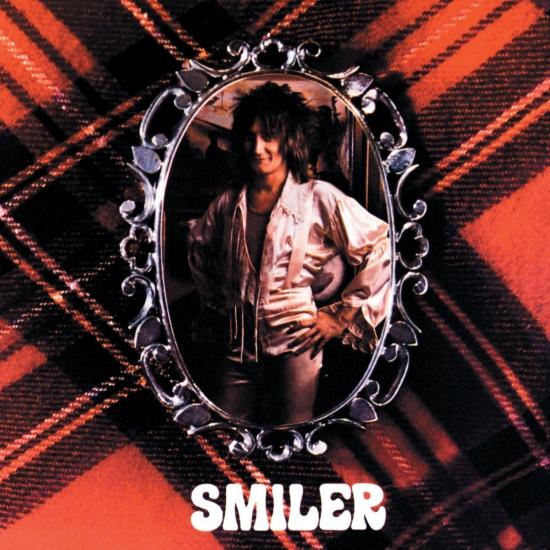 Smiler is the fifth studio album by English rock singer-songwriter Rod Stewart. It was released on 4 October 1974 by Mercury Records. It was his first album to be critically panned.[citation needed] It reached number 1 in the UK album chart, and number 13 in the US. The album was largely considered to be an unadventurous retread of what he had done before,[citation needed] including covers of Chuck Berry, Sam Cooke and Bob Dylan songs, as well as a duet with Elton John of John's song "Let Me Be Your Car". Stewart's one attempt at adventurousness[according to whom?] was a cover of Carole King's "(You Make Me Feel Like) A Natural Woman" where 'Woman' is switched to 'Man'. This track was selected for special derision by critics.bThe release of the album itself was held up for five months due to legal problems between Mercury Records and Warner Bros. Records.
Rod Stewart's classic formula ran out of gas on Smiler, his fifth solo album. The failure of Smiler wasn't a matter of weak songs, nor was it a matter of Stewart being in poor voice. Instead, the album failed because everything, from the choice of songs to the production, sounded too pat and predictable. The predictability held "Sweet Little Rock 'n' Roller" from truly rocking and it made the reworking of "(You Make Me Feel Like) A Natural Man" unbearably smug. Apart from the freewheeling take on Elton John's "Let Me Be Your Car" and the inspired version of Dylan's "Girl From the North Country," Smiler is an utter waste of time.
Rod Stewart, vocals
Ronnie Wood, acoustic & electric guitar, bass
Martin Quittenton, acoustic guitar
Spike Heatley, bass
Willie Weeks, bass
Elton John, piano and vocals on "Let Me Be Your Car"
Pete Sears, piano, harpsichord, celeste
Ian McLagan, Hammond organ
Ray Jackson, mandolin
Ric Grech, violin
Dick Powell, violin
The Memphis Horns
Paul McCartney, backing vocals on "Mine for Me"
Irene Chanter, backing vocals
Ray Cooper, percussion
Tropic Isles Steel Band
Micky Waller, drums
Andy Newmark, drums
Kenney Jones, drums
Chris Barber's Jazz Band
Recorded November 1973-May 1974 at Morgan Studios, London and The Wick, Richmond
Produced by Rod Stewart
Digitally remastered