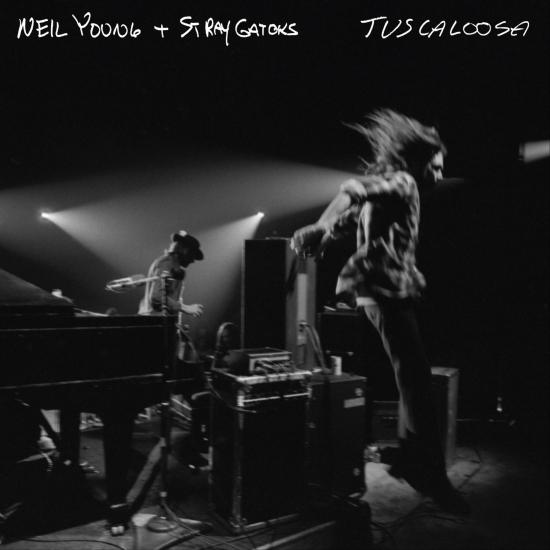 Tuscaloosa is an 11-track live album from Neil Young and The Stray Gators, recorded at the University of Alabama, Tuscaloosa on February 5th 1973. The Stray Gators backed Neil occasionally in the ‘70’s and are Tim Drummond, Kenny Buttrey, Jack Nitzsche and Ben Keith. The album was produced by Neil Young and Elliot Mazer and mixed by John Hanlon. It is mastered by Chris Bellman at Bernie Grundman from the original analogue tapes
Tuscaloosa features live versions of songs from Neil’s debut albums (track 1), plus classic songs from two of his biggest selling albums: After The Goldrush and Harvest. The album also features the title track from the live album Time Fades Away that would be released later in 1973, and songs from Neil’s classic album Tonight’s The Night that would not be released until 1975.
"It’s from the period right around Harvest and Tonight’s the Night," Young told Rolling Stone. "For me, it’s edgy. It’s like those mellow songs with an edge. It’s really trippy to be down in Tuscaloosa, Alabama, and singing those songs from Harvest and the songs that we were doing for Time Fades Away before it came out. I found this thing and it had such a great attitude to it. I just loved the whole night, so I put that together with [engineer] John Hanlon."
Neil Young, vocals, guitar, piano, harmonica
Ben Keith, pedal steel, guitars, slide guitar
Jack Nitzsche, piano
Tim Drummond, bass
Kenny Buttrey, drums
Digitally remastered