On The Beach (Remastered) Neil Young 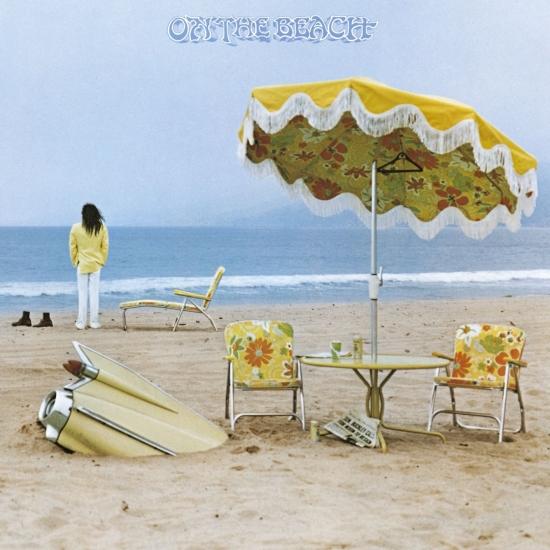 Info for On The Beach (Remastered)

After working his way through loss and chaos on the brilliant „Tonight’s The Night“ (recorded in 1973, but not released until 1975), Neil Young deftly exorcised any lingering demons with 1974's „On The Beach“. The album opens with the saunter of the aptly titled 'Walk On,' followed by the utterly gorgeous, Wurlitzer-tinged 'See the Sky about to Rain.'
The set also features a trio of scathing songs--'Revolution Blues,' 'Vampire Blues,' and 'Ambulance Blues'--that address issues important to Young, both social and personal. It is good to hear Young back with such bite and vitriol, especially after the broken desperation of „Tonight’s The Night“. But while „On The Beach“ is edgy and deeply felt, it also manages to sound liberating and relaxed, with glimmers of hope and humor peeking through the spare, evocative arrangements. Inexplicably unreleased on CD until 2003, „On The Beach“ is both unflinching and resilient, and easily stands as one of Young's finest albums.
„Following the 1973 Time Fades Away tour, Neil Young wrote and recorded an Irish wake of a record called Tonight's the Night and went on the road drunkenly playing its songs to uncomprehending listeners and hostile reviewers. Reprise rejected the record, and Young went right back and made On the Beach, which shares some of the ragged style of its two predecessors. But where Time was embattled and Tonight mournful, On the Beach was savage and, ultimately, triumphant. 'I'm a vampire, babe,' Young sang, and he proceeded to take bites out of various subjects: threatening the lives of the stars who lived in L.A.'s Laurel Canyon ('Revolution Blues'); answering back to Lynyrd Skynyrd, whose 'Sweet Home Alabama' had taken him to task for his criticisms of the South in 'Southern Man' and 'Alabama' ('Walk On'); and rejecting the critics ('Ambulance Blues'). But the barbs were mixed with humor and even affection, as Young seemed to be emerging from the grief and self-abuse that had plagued him for two years. But the album was so spare and under-produced, its lyrics so harrowing, that it was easy to miss Young's conclusion: he was saying goodbye to despair, not being overwhelmed by it.“ (William Ruhlmann, AMG)
'...As a document of a moment when rock still meant something, it is peerless...' (Mojo)
'...As a document of a despairing personal low, ON THE BEACH would be a kind of masterpiece by any standard....A moving experience...' (Uncut)
Neil Young, vocals, guitar, harmonica, Wurlitzer electric piano, banjo
Ben Keith, bass, slide guitar, steel guitar, Wurlitzer electric piano, Dobro, organ, vocals
Rusty Kershaw, slide guitar, fiddle
David Crosby, rhythm guitar
George Whitsell, guitar
Graham Nash, Wurlitzer electric piano
Tim Drummond, bass, percussion
Billy Talbot, bass
Rick Danko, bass
Ralph Molina, drums, percussion, vocals
Levon Helm, drums
Recorded February 5, 1974 – April 7, 1974 at Arrow Ranch, Woodside, California; Sunset Sound Recorders, Hollywood, California
Produced by Neil Young, David Briggs, Mark Harman, Al Schmitt
Digitally remastered