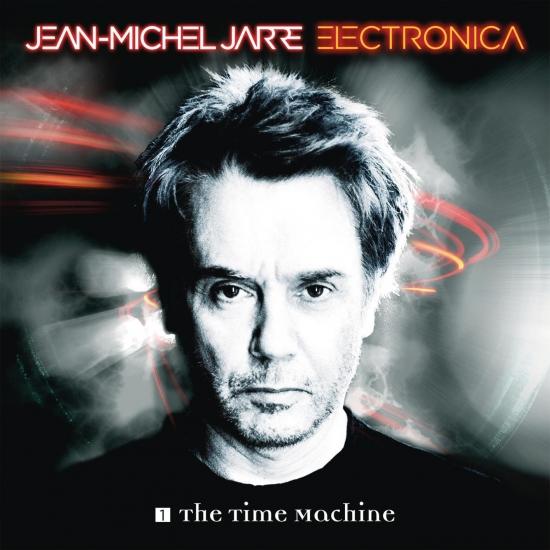 Info for Electronica 1: The Time Machine

Jean-Michel Jarre is one of electronic music’s most important and influential figures, and ELECTRONICA PART 1: THE TIME MACHINE is his most ambitious project so far. Under the working title E-Project, Jean-Michel Jarre recorded the album with 15 collaborators, showing the true extent of his range, his reach and his influence in the wider music world. Tapping new artists like Gesaffelstein and Little Boots alongside electronic music veterans such as 3D of Massive Attack and Moby, and fellow pioneers Tangerine Dream and John Carpenter, ELECTRONICA shares Jean-Michel Jarre’s own personal vision of electronic music over the decades.
“I’ve wanted to tell a story for a while regarding electronic music history and its legacy from my point of view and experience, from when I started to nowadays,” Jean-Michel Jarre says. “So I planned to compose for and collaborate with an array of artists who are, directly or indirectly linked to this scene, with people I admire for their singular contribution to our genre, that represent a source of inspiration for me over the last four decades I have been making music, but who also have an instantly recognizable sound. At the outset, I had no idea how this project would evolve, but I was delighted that everybody I reached out to accepted my invitation.”
Says Anthony Gonzales (M83) of the coming together of their track “Glory” which was released as the first official single this past May: “JMJ for me is a pioneer. He did so much for electronic music and especially for my generation of artists—such as Daft Punk, Phoenix, Justice… We met after one of my shows in Paris and we started to talk about a collaboration on his album. For me it was an amazing opportunity to collaborate with one of my favorite artists of all time.”
So far, Jean-Michel Jarre has shared tracks of collaborations with M83, Gesaffelstein, Massive Attack’s 3D and Tangerine Dream—the latter being one of the last recorded works of the late Edgar Froese. The full track list for Electronica 1: The Time Machine reveals new collaborations with Moby, Boys Noize and Armin van Buuren, underlining a taste for dance music which JARRE also showed off on his recent remix record with the likes of Above & Beyond and Steve Angello.
“Jean-Michel is a big inspiration for me,” Armin van Buuren says. “He has really been one of the reasons why I went into electronic music. He was a pioneer in many ways, and I was really inspired by that. Trance music would not sound the same without his influence.”
Electronica 1 also sees Jean-Michel Jarre branching out and working with French duo Air, U.K. group Fuck Buttons, Laurie Anderson and even The Who’s Pete Townshend, hinting at the all-encompassing diversity of the record. Vince Clarke, formerly of Depeche Mode and founder of Erasure, appears on two tracks, and says that the two artists share an “appreciation of the beauty, of the simplicity, of the sound of our synthesizers.”
Instead of just making music remotely, Jean-Michel Jarre took a hands-on approach to ELECTRONICA by getting to know his collaborators and working with them in person. That careful process ensures that the album has a cohesive and unified feel despite its diverse collaborations and wide range—the true mark of a visionary.
“It would be very easy for him to sit in Paris and just email with people and have them send things back,” says Moby of his experience with Jean-Michel Jarre on “Suns Have Gone.” “But to actually physically go to sit down with every one, on multiple occasions—to be in a studio with people and really push them to almost look at different parts of themselves as musicians… I think that really will make this album quite interesting. To me, it’s not just about electronic music collaborations, it’s about humans coming together and collaborating in a very unique way.”