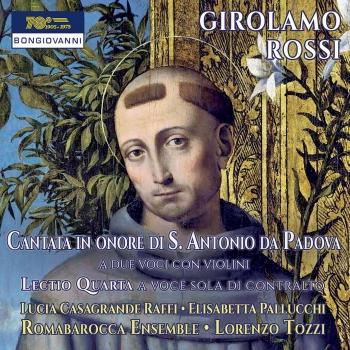 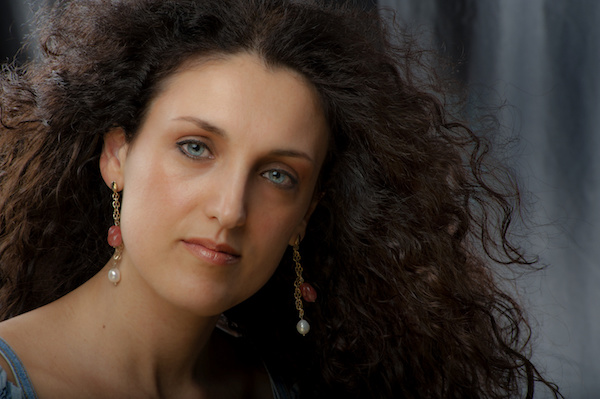 Lucia Casagrande Raffi
Born in Gubbio, Italy, Lucia at the age of three and a half already shows a certain predisposition for music and in particular singing.
At the Conservatorio “F. Morlacchi” in Perugia Lucia at a young age completes the main part of her musical studies first with a diploma in singing and then, awarded with full marks, in Music Didactics. Dedicating herself to teaching for the next few years she meets within the Conservatorio many important musical figures such as the pedagogue A. M. Freschi, the musicologist R. Meucci and the composer F. De Rossi Re, personalities that culturally and musically greatly influence her. Alongside teaching Lucia continues to develop her creative-interpretive side of music discovering contemporary idioms and subsequently the possibility to tackle through the voice various expressive genres.
During these developing years Lucia meets Padre Evangelista Nicolini, a man of immense cultural and humanitarian resources but above all a refined musician and musicologist. Pupil of D. Bartolucci and founder and director of the “Cantori D’Assisi” until his recent death, Lucia studies for two years with him the sacred repertoire and the influence of Gregorian chant in vocal music.
Lucia is awarded a degree in Musical Disciples in Singing interpreting and presenting a thesis on the mad scene in Lucia Di Lammermoor by D. Donizetti.
Intense concert engagements from opera through to sacred and chamber music and the discovery of unpublished works. Numerous tours in Italy and abroad (Greece, United States, Germany, Argentina, Israel, Japan) with a vast repertoire in Italian and foreign languages.
Studies and frequents master classes with Marinella Meli and Raina Kabaivanska in opera and in baroque with Claudine Ansermet. Her most important musical experiences have been within the ambience of the opera theatre working with directors such as L.G.Dolcini, M. Belli, P. Baiocco, A. Cuocolo, G. Marras, G. Ferrari, G. Scandella, G. Pressburger and with international artists of the caliber of Dimitra Theodossiou, Camela Remigio, Norma Fantini, Piero Giuliacci and A.Gazale.
In October 2010 Lucia is invited to take part at the “Beniamino Gigli” prize in Helsinki together with the tenor Fabio Armiliato.
Numerous alliances with young important contemporary composers and an imminent recording with TACTUS for voice and pianoforte in a work by G. Petrassi.
In 2011 Lucia is enrolled in the cast of “ARCA DI GIADA” in the role of Jadira becoming ever more familiar with electronic, rock and popular music.
Her lyrical vocality, elegance, clear and pure timbre, homogeneity of register together with the capacity to explore in an original manner – intense and incisive - add to epic scenes, making a fascinating artist of rare ductility and of manifold facets and potentiality.