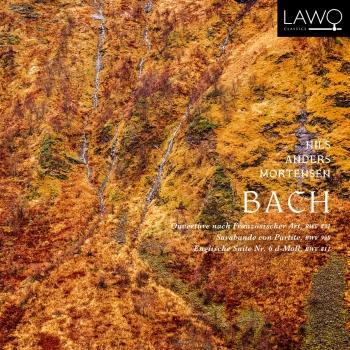 Nils Anders Mortensen
was the recipient of the prestigious "Concerts Norway Debutant of the Year" award for 1996. This in turn led to a recital tour of of Norway and a debut concert in the Great Hall of the University of Oslo. He performed in the USA and Germany after winning the Sicilian IBLA Grand Prize piano competition. In 1998 he won the Mozarteum Prize in Salzburg.Mortensen has appeared as soloist with Norway's leading orchestras. He performed Grieg's Piano Concerto in A Minor with the Norwegian Radio Orchestra during the tradition-rich, festive closing concert of the 1998 Bergen International Festival. He repeated the performance with the Oslo Philharmonic in 2000. He has played at chamber music festivals in Stavanger, Oslo, Lofoten, and Risør, among others. He recorded the piano concertos of Geirr Tveitt with the Stavanger Symphony Orchestra. In recent years, Mortensen has made recordings as a chamber musician, exploring the Norwegian repertoire, both new and old. His solo album "Im Freien", with music of Debussy, Grieg, and Bartok, was released in 2012. His recording "Veslemøy Synsk" with Marianne Beate Kielland received a Grammy nomination. He has contributed to many recordings of Norwegian Radio and Television (NRK).Mortensen received the Robert Levin Memorial Prize at the 2004 Bergen International Festival. At the 2006 festival he was soloist for Olav Anton Thommessen's "Glassperlespill", which was performed for the first time in its entirety.Nils Anders Mortensen was born in Flekkefjord in 1971 and began playing piano at age three. In 1986 he won the Norwegian Young Pianist Competition. He studied at the Norwegian Academy of Music, École Normale in Paris, and Hochschule für Musik und Theater in Hannover. His most important teachers have been Einar Steen-Nøkleberg, Tatjana Nikolajeva, and Hans Leygraf.