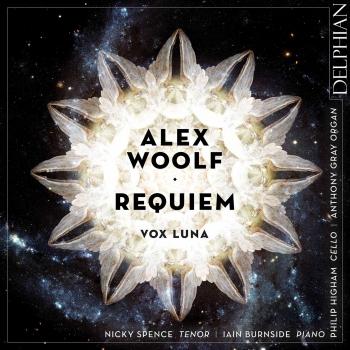 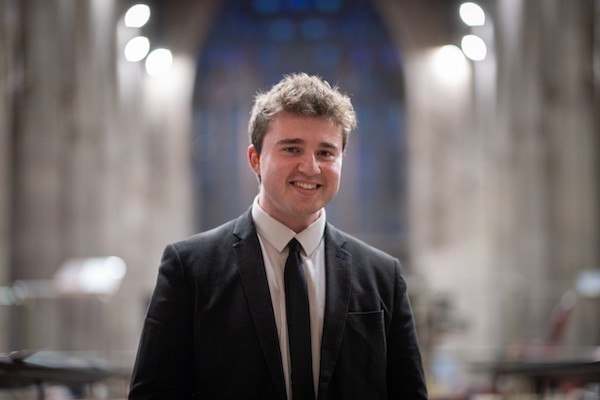 Alex Woolf
Described by Gramophone as ‘a major presence’, Alex Woolf has composed music for artists and ensembles including Sir James Galway, London Symphony Orchestra, The Choir of St John’s College, Cambridge, Malcolm Martineau, and the Choirs of Truro, Norwich, Peterborough and Ely Cathedrals. His music has been performed both across the UK and internationally and has been broadcast several times on Classic FM and BBC Radio 3.
As BBC Young Composer of the Year 2012, Alex's winning Fanfare was performed at at the opening of the International Olympic Committee session by Sir Antonio Pappano and the Royal Opera House Orchestra for the entrance of HRH The Princess Royal. He composed Three Tempestuous Tunes for acclaimed tenor, Nicky Spence’s debut album ‘As You Like It’, recorded with pianist Malcolm Martineau. The songs received their US premiere in 2015 and were performed live on BBC Radio 3 in 2016 by Mark Stone and Richard Sisson.
Alex contributed twice to Benjamin Britten’s centenary year in 2013 with Serenade for Tenor, Horn and Strings (written for Alexei Watkins) for Aldeburgh Music’s centenary weekend, and Begone, Dull Care performed by the London Youth Choir as part of its own centenary celebrations. He also marked the bicentenary of Anthony Trollope in 2015 with a new commission for the Trollope Society’s commemorative ceremony in Westminster Abbey.
2018 has seen Alex combining a busy schedule of commissions as a member of the London Symphony Orchestra’s Panufnik Composers Scheme and as a Classic FM 25th Birthday Composer. Recent commissions include a new flute work for Sir James Galway (Classic FM/Royal Philharmonic Society commission), an anthem for St John the Divine Cathedral, New York, marking the 500th anniversary of the 1517 reformation, and a carol for Truro Cathedral’s Service of Nine Lessons and Carols. His work has been premiered in Cadogan Hall, the Norfolk and Norwich Festival, Southwark Cathedral and the Ludlow Festival of English Song - and the premiere of his percussion quartet, Cantata, was conducted by Colin Currie.
Alex worked with producer Laurence Grissell on an ‘NHS Symphony’ for BBC Radio 3, which was broadcast on 30 June 2018 to mark the 70th anniversary of the NHS. Upcoming performances include those at Snape Maltings Concert Hall, the Buxton Festival, Jesus College Chapel, Cambridge and the Royal Academy of Music.
Alex is also an active accompanist of singers and instrumentalists, including horn player Alexei Watkins, for whom he has written several works. Alex and Alexei’s recent and upcoming engagements include recitals at the Buxton Festival, the Foundling Museum, Charlton House and Southwark Cathedral.
Alex graduated in 2016 with a double First from St John’s College, Cambridge where he studied composition with Tim Watts. He will complete his Master’s Degree at Royal Academy of Music in 2018 under the tutelage of David Sawer, Huw Watkins, Oliver Knussen and Colin Matthews. His studies at RAM have been generously supported by the Countess of Munster Musical Trust.