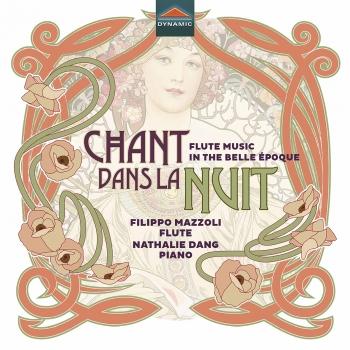 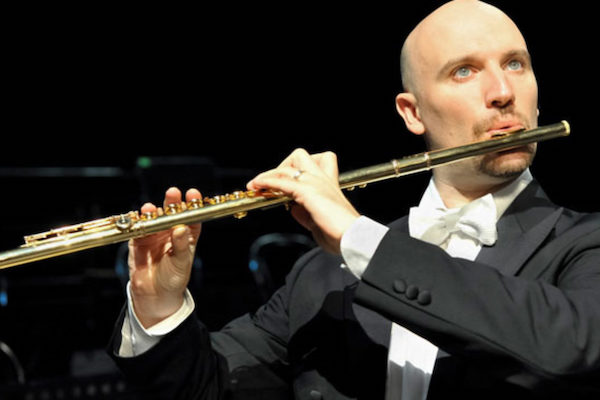 Filippo Mazzoli
Born in Ravenna, he studied in Bologna, in Verona and in his town where in july 1991 he got the diploma as flautist with full marks under G. Melli’s and G. Cambursano’s guidance.
Since he was very young, he has been attending specialization courses as permanent member in Italy, France and Switzerland, run by maestros such as A. Nicolet, A. Adorjàn, J. Balint, M. A. Epstein, P. L. Graf, M. Larrieu and T. Wye. Later on, he perfected himself at the International Academy “Incontri col Maestro” of Imola (Italy) where in June 2000 he obtained full marks for the Triennal Flute Course Diploma in the class of G. Cambursano (first flute of the Orchestra Filarmonica della Scala-Milan). In october 1999, in the same academy, he also was awarded the Chamber Music diploma (Flute and Piano) in the class of P. N. Masi with “Excellent” marks. Since october 2002 he has attended as permanent member the high school specialization triennial course of flute at the “Accademia Musicale Muse di Firenze”, run by maestro Michele Marasco. There, Filippo was selected as his assistant-teacher for high specialization courses after summer 2003. In july 2007 he got the UE Laurea (Bachelor) in Flute (execution) with full marks (110 cum laude) at the University of Conservatorio “Francesco Venezze” Rovigo, Italy.
He won the highest price in several national and international contests, either as soloist or in chamber groups. In october 1998 he was selected as one of the six flautists to represent Italy in one of the most important flute international contest, the prestigious “Prix Jean Pierre Rampal” of Paris (France), where 100 candidates under thirty are admitted among more than 1000 applications sent from all over the world.
He has played in the most important Italian and international towns, in collaboration with several chamber music groups and orchestras such as the Teatro Comunale di Bologna (Principal) Symphony Orchestra of San Remo & Liguria (Principal), the Orchestra of “C.Felice” Theatre of Genova (Flute), the Symphonic Orchestra of Friuli Venezia Giulia (Principal), Nextime Ensemble (Flute), Camerata Strumentale Città di Prato (Principal), Orchestra Bruno Maderna di Forlì (Principal), I Solisti Veneti (Principal), Parma Opera Ensemble (Principal), Accademia Bizantina (Principal), Orquesta Excelentia Santa Caecilia de Madrid (Principal).
Since January 2007 he has been soloist first flute at the Teatro Regio di Parma (music director: Yuri Temirkanov) with whom he played in the most prestigious theatres in Europe, South & North America and Asia (Carnegie Hall New York, Tchaikovsky Hall Moscow, National Opera Riga, NCPO Beijing, etc).
He has been conducted by many important maestros such as R. Muti, B. Bartoletti, M. Plasson, R. F De Burgos, L. Maazel and the flutist Philippe Bernold.
He has played as soloist with the “Deutsche Kammervirtuosen” of Mainz, with the “Chamber Musicians of New York” (members of the Orpheus Chamber Orchestra) the “Ravenna Chamber Orchestra” and with the “Camerata Strumentale Città di Prato”.
He recorded CDs and DVDs for Sony Classical, Decca, Genuin, Bongiovanni, Tactus and Cpo.