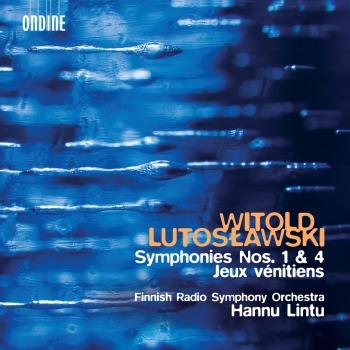 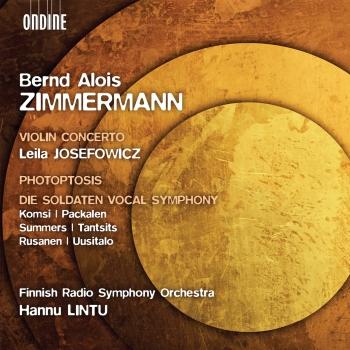 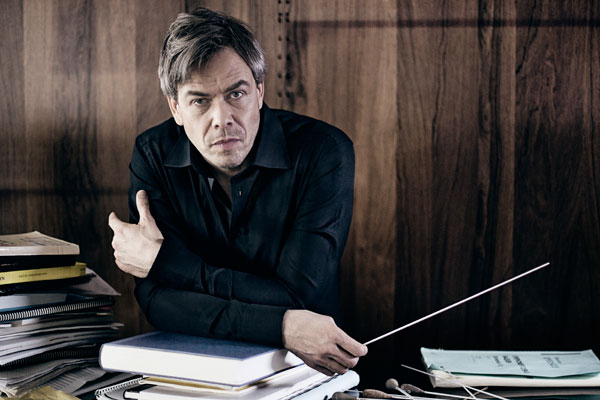 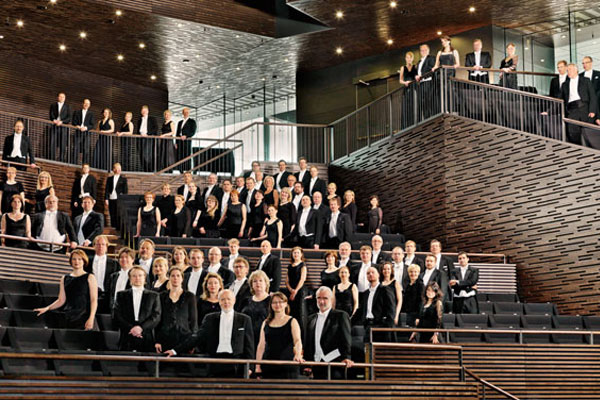 Hannu Lintu
Chief Conductor of the Finnish Radio Symphony Orchestra since August 2013, Hannu Lintu previously held the positions of Artistic Director and Chief Conductor of the Tampere Philharmonic Orchestra, Principal Guest Conductor with the RTÉ National Symphony Orchestra and Artistic Director of the Helsingborg Symphony and Turku Philharmonic orchestras.
Highlights of Lintu’s 2015/16 season include appearances with the Gürzenich-Orchester Köln, Orchestre de Chambre de Lausanne, Orchestre national de Lille, Gulbenkian Orchestra, and the Iceland Symphony, Baltimore Symphony, Moscow State Symphony and Seoul Philharmonic orchestras. He conducts the Finnish Radio Symphony Orchestra on tour in Japan in autumn 2015 – as part of his complete cycle of Sibelius’ symphonies with the New Japan Philharmonic – and on tour in Vienna, Salzburg and Innsbruck in January 2016 with violinist Leila Josefowicz. Recent engagements have included the Philharmonia, BBC Scottish Symphony, Royal Stockholm Philharmonic, Cleveland and St Louis Symphony orchestras; the Houston Symphony, MDR Sinfonieorchester Leipzig and the Orchestre national de Lyon; and debuts with the WDR Sinfonieorchester Köln, the Hallé, and the Detroit Symphony and Minnesota orchestras.
In May 2016 Lintu returns to Finnish National Opera to conduct Wagner’s Tristan und Isolde, having previously conducted them in Parsifal – directed by Harry Kupfer, Carmen, and Aulis Sallinen’s King Lear. Other recent operatic projects include Sallinen’s Kullervo at the 2014 Savonlinna Opera Festival and Tannhäuser with Tampere Opera in 2012. Lintu has also worked with Estonian National Opera, recording Tauno Pylkkänen’s Mare and her son.
Hannu Lintu has made several recordings for Ondine, Naxos, Avie and Hyperion. In summer 2015 he recorded Mendelssohn and Tchaikovsky’s Violin Concertos with Fumiaki Miura and the Deutsches Symphonie-Orchester Berlin for Avex, while other recent recordings feature works by Ligeti, including the Violin Concerto with Benjamin Schmid, and Messiaen’s Turangalîla Symphony with Angela Hewitt and Valerie Hartmann-Claverie – both for Ondine with the Finnish Radio Symphony Orchestra. Lintu has received several accolades for his recordings, including a 2011 Grammy nomination for Best Opera CD plus Gramophone Award nominations for his recordings of Enescu’s Symphony No.2 with the Tampere Philharmonic Orchestra and the Violin Concertos of Sibelius and Thomas Adès with Augustin Hadelich and the Royal Liverpool Philharmonic Orchestra.
Hannu Lintu studied cello and piano at the Sibelius Academy, where he later studied conducting with Jorma Panula. He participated in masterclasses with Myung-Whun Chung at the Accademia Chigiana in Siena, Italy, and took first prize at the Nordic Conducting Competition in Bergen in 1994.
The Finnish Radio Symphony Orchestra (FRSO)
is the orchestra of the Finnish Broadcasting Company (Yle). Its mission is to produce and promote Finnish musical culture. Its Chief Conductor as of autumn 2013 will be Hannu Lintu, following a season (2012/2013) as the orchestra's Principal Guest Conductor. The FRSO has two Honorary Conductors: Jukka-Pekka Saraste and Sakari Oramo.
The Radio Orchestra of ten players founded in 1927 grew to symphony orchestra strength in the 1960s. Its previous Chief Conductors have been Toivo Haapanen, Nils-Eric Fougstedt, Paavo Berglund, Okko Kamu, Leif Segerstam, Jukka-Pekka Saraste and Sakari Oramo.
The latest contemporary music is a major item in the repertoire of the FRSO, which each year premieres a number of Yle commissions. Another of the orchestra's tasks is to record all Finnish orchestral music for the Yle archive.
The FRSO has recorded works by Eötvös, Nielsen, Hakola, Lindberg, Saariaho, Sallinen, Kaipainen, Kokkonen and others, and the debut disc of the opera Aslak Hetta by Armas Launis. Its discs have reaped some major distinctions, such as the BBC Music Magazine Award and the Académie Charles Cros Award. The disc of the Sibelius and Lindberg Violin Concertos (Sony BMG) with Lisa Batiashvili as the soloist received the MIDEM Classical Award in 2008, in which year the New York Times chose the other Lindberg disc as its Record of the Year.
The FRSO regularly tours to all parts of the world. All the FRSO concerts both in Finland and abroad are broadcast, usually live, on Yle Radio 1. They can also be heard and watched with excellent live stream quality on the FRSO website.