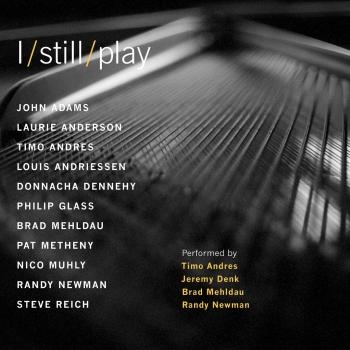 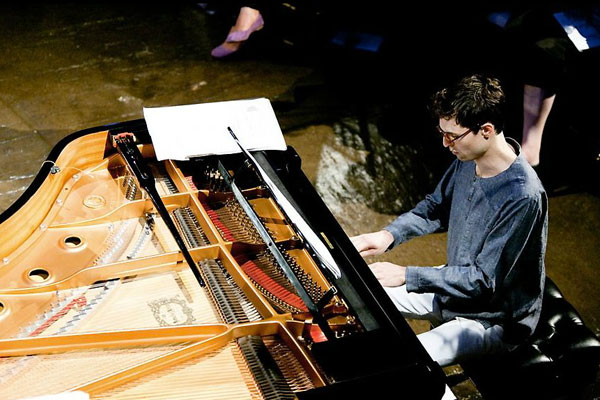 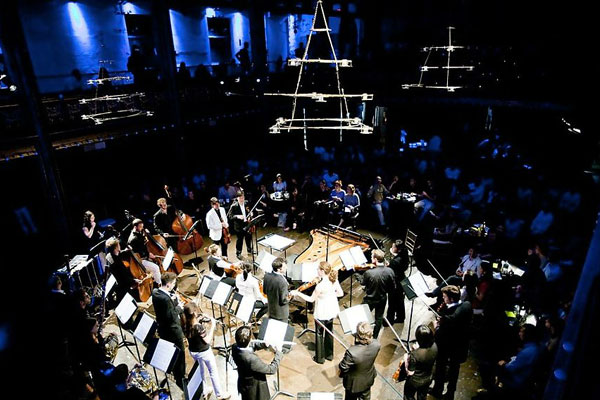 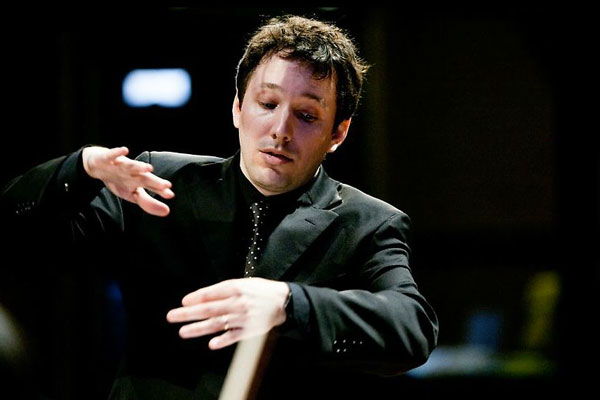 Timo Andres
is a composer and pianist who grew up in rural Connecticut and now lives in Brooklyn, NY. His debut album, Shy and Mighty, which features 10 interrelated pieces for two pianos, performed by Andres and pianist David Kaplan, was released by Nonesuch Records in May 2010 to critical acclaim. Of the disc, Alex Ross wrote in the The New Yorker that Shy and Mighty 'achieves an unhurried grandeur that has rarely been felt in American music since John Adams came on the scene… more mighty than shy, [Andres] sounds like himself.' In the current season, Andres plays a solo recital of his own works alongside those by Chopin, Thomas Adès and Schumann for Lincoln Center's Great Performers; a solo recital for San Francisco Performances, and a duo program with Gabriel Kahane for the Library of Congress. Commissions include a new piano quintet written for Jonathan Biss and the Elias String Quartet, presented by Wigmore Hall, Carnegie Hall, the Concertgebouw Amsterdam, and San Francisco Performances; a solo piano work for Kirill Gerstein commissioned by the Gilmore Foundation, and a new string quartet for the Library of Congress, to be premiered by The Attacca Quartet. Recent highlights include a weekend of performances in Los Angeles, featuring a new work for the Los Angeles Chamber Orchestra, his own re-composition of the Mozart 'Coronation' Concerto, and chamber works performed by the groundbreaking ensemble wild Up; performances of Crashing Through Fences by eighth blackbird, and solo recitals at (Le) Poisson Rouge and Wigmore Hall.
Metropolis Ensemble
is a professional ensemble based in New York City dedicated to classical music in its most contemporary forms. Led by Grammy-nominated conductor Andrew Cyr, Metropolis Ensemble is emerging a new generation of outstanding composers and performers by promoting an atmosphere of openness, discovery, and excitement about the process of creating new music. Metropolis Ensemble has appeared at Lincoln Center's Out of Doors Festival, BAM, Wordless Music Series, Celebrate Brooklyn!, (Le) Poisson Rouge, New Victory Theatre, MATA Festival, and in broadcasts by National Public Radio and Late Night with Jimmy Fallon. Since its inception in 2006, Metropolis Ensemble has commissioned 90 new works and produced three recordings. Metropolis Ensemble’s debut recording on Naxos received a Grammy Nomination for Best Instrumental Soloist with Orchestra in the 53rd Grammy Awards for Avi Avital (soloist) and Andrew Cyr (conductor) for Avner Dorman's Mandolin Concerto. Their second recording featured the music of Vivian Fung and was awarded Canada’s prestigious Juno Award in 2013 by The Canadian Academy of Recording Arts and Sciences in Best Classical Composition for Fung's Violin Concerto. Embracing the fluid state of contemporary music, Metropolis Ensemble collaborates with artists who defy classification including Questlove and The Roots, Deerhoof, Paris-based BabX, and Tan Dun. In 2013, Metropolis Ensemble performed the US premiere of a new opera by British-American composer David Bruce. The Firework Maker's Daughter was presented by New Victory Theatre in collaboration with The Royal Opera House of London, Opera North, and The Opera Group.
Andrew Cyr
Grammy-nominated conductor Andrew Cyr is a leader in the rapidly growing contemporary music scene. His enthusiasm for connecting the outstanding musicians and composers of the new generation to today's audiences led him to create Metropolis Ensemble in 2006. Through passionate performances, innovative programming, the fostering, commissioning, and advocacy of emerging composers and performers, and leading a wide variety of community engagement and education initiatives, Cyr displays the scope and potential of today's freshest voices in composition and performance to attract and inspire new and diverse audiences. Cyr has led Metropolis Ensemble in performances at BAM's Howard Gilman Opera House, Carnegie Hall's Weill Music Institute, (Le) Poisson Rouge, The New Victory Theatre (42nd and Broadway), and, in 2008, made his debut with the Wordless Music Series, sharing the stage with indie-rock sensation Deerhoof and conducting a remix of The Rite of Spring to a live audience of 10,000 people in Brooklyn's Prospect Park, also broadcast live on National Public Radio. Recent guest appearances have included his debut conducting the Colorado Symphony in January of 2013 and in 2011, Cyr made his Kimmel Center Verizon Hall debut as part of Philadelphia's International Festival of the Arts, appearing with Questlove from The Roots.