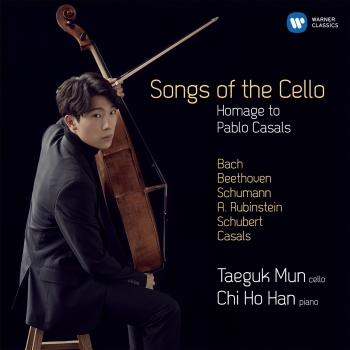 Songs of the Cello 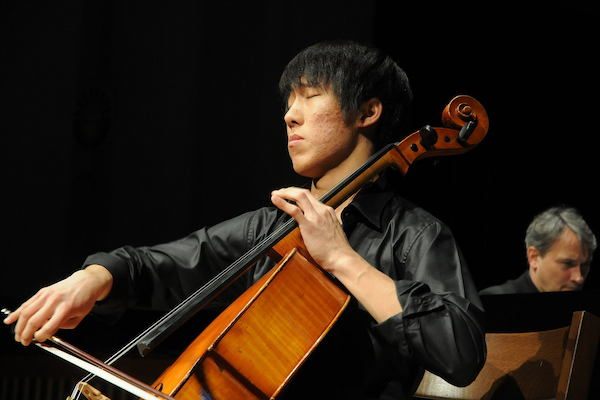 Taeguk Mun
was born in 1994 in South Korea. He has been the 1st prize winner of various competitions. Mun is currently studying at the New England Conservatory in Boston with Laurence Lesser. A total of 157 cellists from 38 countries and regions entered the competition, which was last held 10 years ago for cello. Ninety four cellists participated in the preliminary round of the completion, fifteen of them entered the semi-final, and seven of them entered the final.
He has been the first prize winner of various competitions, such as the Third Andre Navarra International Cello Competition and the International Competition for Young People in Oldenburg, Germany. He also won prizes at the Irving M. Klein International String Competition and the Sixth International Tchaikovsky Competition for Young Musicians. Mun has been playing solo and ensemble performances in Korea, France, Germany, and the United States. Mun has participated in the Busan Music Festival in 2014 as an artist and had a debut recital at the Louvre Museum in Paris, France in 2014 as a part of the young artist concert series. Having attended the Juilliard School Pre-College Division as a full scholarship student of Minhye Clara Kim, he is currently studying with Laurence Lesser at the New England Conservatory as a full scholarship student.