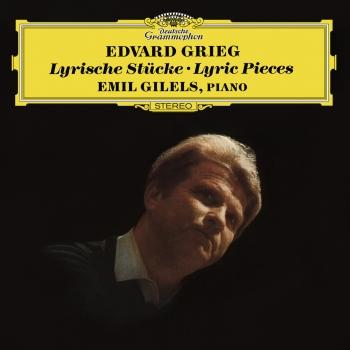 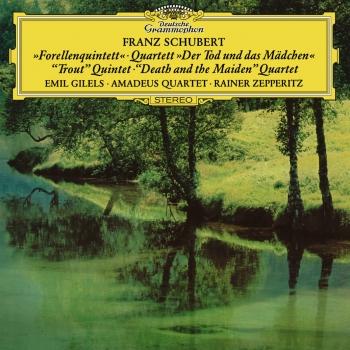 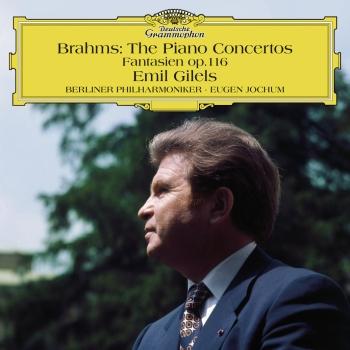 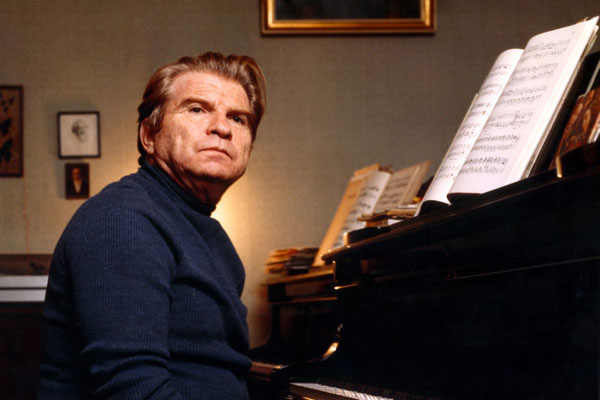 Emil Gilels
Gilels’s family was not musical, although his father was an amateur musician. At the age of six Emil began lessons with Yakov Tkach, a Pugno pupil. Bertha Reingbald, a teacher from the Institute of Music and Drama in Odessa, heard the twelve-year-old Gilels’s debut and decided to prepare him for entrance to the Moscow Conservatory. Under her tuition, in 1931 he won first prize in the National Competition of the Ukraine, resulting in a scholarship the same year from the Ukrainian government. At sixteen Gilels won the All-Union Competition for Performing Musicians and two years later, after graduating in Odessa, he travelled to Moscow to study with Heinrich Neuhaus at the Moscow Conservatory.
In 1936 Gilels came second to Yakov Flier in the International Piano Competition in Vienna, and two years later won the Ysaÿe Competition in Brussels. The outbreak of World War II prevented his American debut in 1939, but during the late 1940s and early 1950s Gilels played with immense success in Czechoslovakia, Italy, Scandinavia, Belgium and Paris and made his London debut on 9 December 1952. It was not until 1955 that he appeared in America, making his debut with the Philadelphia Orchestra and Eugene Ormandy playing Tchaikovsky’s Piano Concerto No. 1 Op. 23. For the rest of his life Gilels toured frequently throughout the United States, Britain and Europe. He seemed to give more and more concerts as he got older, and by the late 1960s was touring for as many as ten months of the year. In 1981, after a recital in Amsterdam, he suffered a heart attack but kept on performing until a year before his death. During his distinguished career Gilels received many awards including the Stalin Prize in 1946, and he twice received the Order of Lenin.
Gilels enjoyed playing chamber music with his violinist sister, and he formed a trio with Leonid Kogan and Mstislav Rostropovich. During the 1940s Gilels played two-piano music with Yakov Flier, and later in his career he played with the Amadeus Quartet and piano duets with his daughter Elena.
Gilels was a pianist in the mould of the Russian greats that stemmed from Anton Rubinstein. His playing, especially in his youth, was fiery, volatile and exciting, and even in his old age still retained the grandeur and sweep of a great master in the Russian tradition. He was short and stocky with short-fingered hands, again like Anton Rubinstein rather than Liszt. There was immense energy in his playing yet he was also capable of extreme tenderness. Combined with these facets was Gilels’s ability to create a sound-world for each style of music he played and to forge a connection with his audience. As the New York Times said of a Carnegie Hall recital in 1964, ‘…his ability to communicate directly to the listener the very core of the music he played was also on the highest artistic level.’
His repertoire was vast, ranging from Scarlatti to Stravinsky. He played all the concertos and sonatas of Beethoven, both concertos of Brahms, a large amount of Schumann and Chopin, some Schubert, Liszt and many of the Russian composers from the nineteenth and twentieth centuries. One of his first recordings was of a demanding paraphrase by Liszt on Mozart’s Le nozze di Figaro; Gilels was around twenty-four at the time and his power and technique are quite astonishing. During his visits to France he recorded for EMI, and with André Cluytens recorded excellent versions of Saint-Saëns’s Piano Concerto No. 2 Op. 22 and Rachmaninov’s Piano Concerto No. 3 Op. 30. A recently issued DVD from IMG/EMI contains a performance of Tchaikovsky’s Piano Concerto No. 1 Op. 23 with Cluytens in Paris in 1959. The power and excitement that Gilels generates in a live performance can still be felt more than forty years later.
Some of Gilels’s recordings have already achieved classic status and have been bench-marks against which others have been judged for many years. In particular there are the recordings of both Brahms’s concertos with Eugen Jochum and the Berlin Philharmonic Orchestra, where he has passion and fire for the first movement of the D minor Concerto, and exquisite tenderness for the second. Another disc from Deutsche Grammophon is of a selection of Grieg’s Lyric Pieces. Again, Gilels seems to inhabit a perfect sound-world, totally suited to the intimacy, meaning and understanding of these masterly miniatures. It is poetic piano playing of the highest order.
Because Gilels gave so many concerts there are many compact discs available of live recordings on various labels. An LP on the Melodya label of live performances of works by Liszt from 1951 to 1976 is quite astonishing for its bravura. A Russian label, MK, released a recital from 1957 of Gilels favourites on compact disc: Prokofiev’s Piano Sonata No. 3 Op. 28, Scriabin’s Piano Sonata No. 4 Op. 30, and Gilels’s own expansion of Stravinsky’s Three Movements from Petrushka. Also included is the Piano Sonata No. 4 by Vainberg Op. 56 and, from 1968, Medtner’s Sonata reminiscanza Op. 38 No. 1, which was another favourite with Gilels. A disc of BBC recordings gives an excellent overview of Gilels in the late 1950s with some scintillating Scarlatti sonatas from 1957, an interesting Bach work, Aria variata alla maniera italiana BWV 989 and a superb Piano Sonata No. 1 Op. 11 by Schumann.
When in America Gilels recorded for CBS and RCA Victor at the time of their famous Living Stereo recordings. Highlights from these are a powerful Liszt Piano Sonata recorded in 1964, and a resolute and dynamically contrasted Schubert Sonata in D major D. 850 recorded in 1960.
Mention must also be made of Gilels’s Beethoven sonata recordings for Deutsche Grammophon. He did not quite complete the series, which was begun in the 1970s, before his death. For the same company Gilels recorded Mozart’s Concerto for Two Pianos K. 365 with his daughter Elena, the Vienna Philharmonic Orchestra and Karl Böhm. The pianists are in perfect harmony and their joy in music-making comes across in a delightful performance.