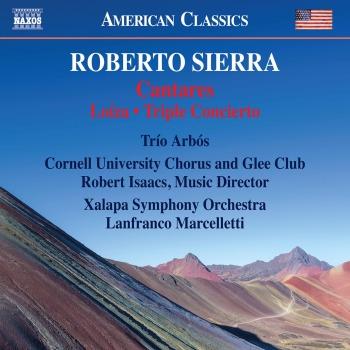 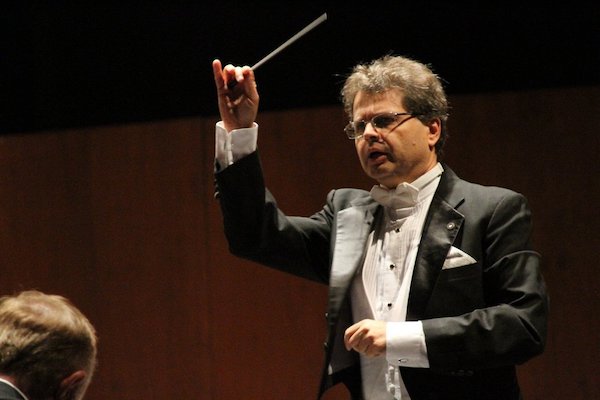 Roberto Sierra
Puerto Rico-born composer Roberto Sierra is internationally recognized and renowned for his integration of Caribbean music with the Western idioms he acquired during studies in Europe, and this release of recent works follows a whole series of much-admired and highly popular recordings of his music on the Naxos label. The most recent of these, Kandinsky (8.559849), was described as 'a real find' by Gramophone, and as presenting 'mouth-dropping renditions of this music of supreme virtuosity' by Fanfare. Sinfonía No. 3 'La Salsa' (8.559817) was admired by ClassicsToday.com for 'three highly entertaining orchestral works saturated with Latin rhythms and melodic motives', and the Missa Latina (8.559624) was a GRAMMY nominee and summed up as 'a powerful and individual major work performed with exemplary skill and commitment in superb sound' by MusicWeb International. In other words, new recordings of works by Roberto Sierra are always a welcome and much in demand addition to the catalogue.
Lanfranco Marcelletti
Conductor and pianist Lanfranco Marcelletti has been recognised as one of the most important Brazilian artists of his generation. His engagements as a conductor have brought him to numerous countries across Europe, North and South America.
Marcelletti studied orchestral conducting at Yale University, where he was mentored by Eleazar de Carvalho, piano and composition at the Hochschule für Musik und darstellende Kunst, Vienna, and piano at the Musik Akademie in Zurich. He began his music studies at the Conservatório Pernambucano de Música (Recife, Brazil).
From 2012 to 2020 Marcelletti was music director of the Xalapa Symphony Orchestra in Mexico, where he resides. He served as associate director for the renowned Accademia Rossiniana, at the Rossini Opera Festival, and musical director of the social music project Orquestra Criança Cidadã in his native city, Recife. From 1997 until 2011 he was part of the faculty of Amherst College and the University of Massachusetts in the US. During his time in Xalapa, Marcelletti started the Masters Program in Orchestral Conducting at the Universidad Veracruzana.