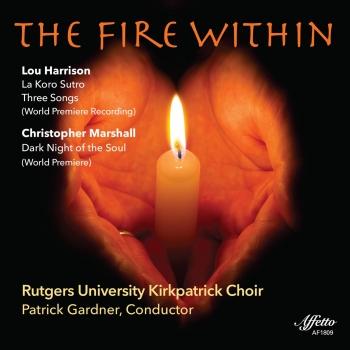 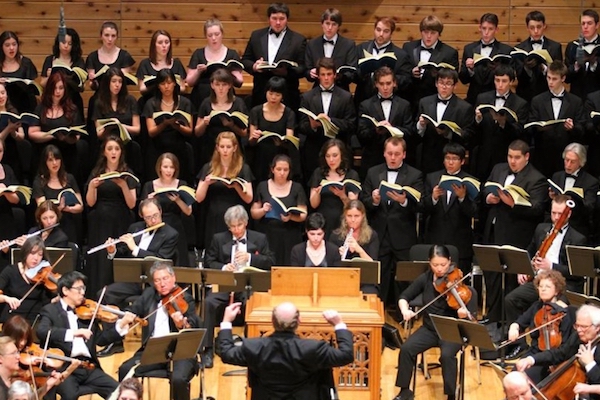 Rutgers Kirkpatrick Choir
with approximately 50 members, is the most advanced choir at the Mason Gross School of the Arts at Rutgers University. Its mission: to educate professional musicians through performance. The Rutgers Kirkpatrick Choir performs a significant repertory of major choral orchestral masterworks, Baroque music accompanied by period instruments, and important works of the 20th and 21st century. The Rutgers Kirkpatrick Choir was approached by the Milken Archive of American Jewish Music to record several CDs of important 20th-century works, including Miriam Gideon’s Sacred Service, which was released as part of the Milken Archive of American Jewish Music’s comprehensive multiyear recording series on Naxos American Classics series. They also have a Naxos release of Samuel Adler’s Five Sephardic Songs.
Patrick Gardner
received his undergraduate degree in voice from California State University at Hayward and his master of music and doctor of musical arts in choral conducting from the University of Texas at Austin. Prior to moving to New York City to direct the Riverside Choral Society, he taught at the University of Michigan and the University of Texas at Austin. The Riverside Choral Society, which often performs as the chorus for the Mostly Mozart Festival at Lincoln Center, presents numerous major choral orchestral works each year in Manhattan. Gardner's choirs have given many world premieres, and he is also active as guest conductor, lecturer, and adjudicator. At Rutgers he is director of choral activities, conducts the Rutgers Kirkpatrick Choir and the Rutgers University Glee Club, and teaches both undergraduate and graduate level conducting. He has recorded for Folkways, Albany, and Ethereal records.