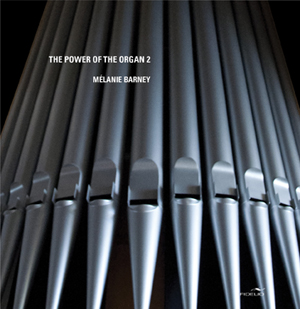 The Power of the Organ, Vol. 2 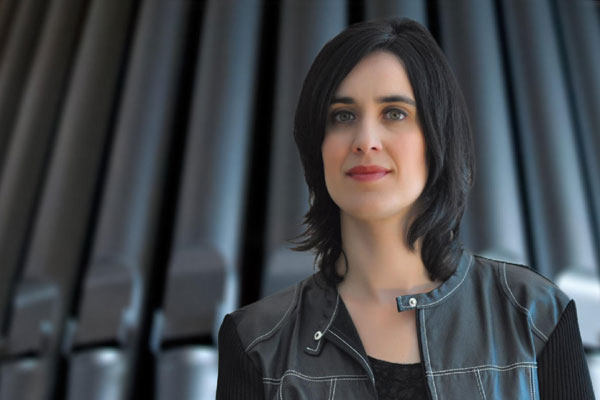 Melanie Barney - Organist
Melanie Barney is a graduate of the Conservatory of Music in Montreal. In 2001, she obtained her graduate degree II (control) and the first prize with distinction in organ with Jean Le Buis. It was perfected with Pierre Perdigon, Georges Bessonnet, Alan Morrison and Jean-Guy Proulx. Recipient of several scholarships, such as foundations Wilfrid-Pelletier, Friends of the Arts and McAbbie Canimex she also won a scholarship from the Faculty of Music at UQAM for Bachelor of Education. In 2001 and 2002, she won the national final in organ at the Canadian Music Competition and the Young Artists Auditions in 2003 Radio-Canada. .... An accomplished musician, soloist and accompanist sought, Melanie Barney occurred in France, Germany, Belgium and the United States. She was founder and artistic director of the Organ Concert Series & Co. for 5 years, from 2000 to 2005. A versatile artist, is as a pianist she co-founded in 2009 all Danza, which has mostly tangos and gypsy music. Titular organist of Notre-Dame de Lourdes in Verdun in 1998, it remains an active concert on the Canadian music scene. .... She has participated in numerous recordings with choirs, orchestras and chamber music as well as LAUDEM Publishing and the Festival Orgue et Couleurs, whose first CD is titled Génération.orgue. In 2009, she recorded the Planets by Gustav Holst label Fidelio with the brass quintet Buzz. Melanie Barney is currently undertaking studies in Management of Cultural Organizations at HEC Montreal.