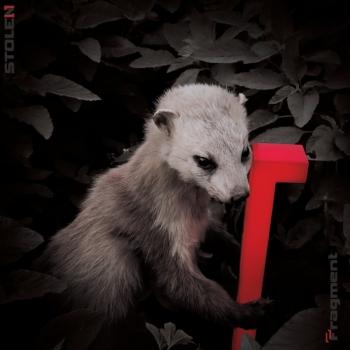 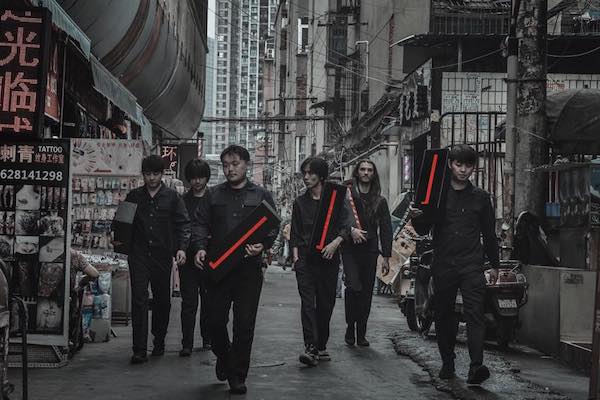 Stolen
An acronym for “strange old entertainment”, this album is a seamless hour long trip in more ways than one. Produced in Berlin by Mark Reeder and his musical sidekick Micha Adam, having witnessed their intense live presentation while on a tour of China, Reeder confessed to an excitement he hadn’t experienced since the early days of NEW ORDER.
Reeder said: “Personally, I wanted their album to sound like nothing that had come out of China before, as their music is not stuck in one particular style, but is a nice mixture of darkwave rock, techno and a billion other influences, even krautrock. They are such talented and open-minded musicians that it was very easy to suggest something and try it out, and when it worked, then we would just go with the flow.”
In common with NEW ORDER, STOLEN mix electronics with guitars and technology with live drums. Held together by the growling vocal presence of Liang Yi, ‘Fragment’ is the Sinographic end result of East meeting West, laced with psychedelic overtones and mysterious cinematics. Ecstatic and unlike anything to have ever emerged musically from China, ‘Fragment’ opens its account with ‘Chaos’, a spiky synergy of dance and rock.
‘Neutral Life’ has hints of ‘Oxygene 2’ with a subtle Schaffel pulse and a sinister snakey presence aided by horror film swoops and the cerebral headrush of PINK FLOYD. Bare and whispery, ‘Enter The Gap’ takes things down before the superb rigid pulse of ‘Why We Chose To Die In Berlin’ pays tribute to Germany with a burst of KRAFTWERK circa 1991 at the halfway point before mutating into an exuberant haze of trancey energy.
A very European electronic goth template is applied on the techno-driven ‘Copyshop’, its haunting synth glimmers and raw vocals setting it apart. “I like the idea of mixing of rock with techno…” said Liang Yi, “we are very proud that we don’t sound like any of the other Chinese bands.”
“They sleep in fancy coffins” observes Liang Yi on the mutant piano-driven electro reggae of ‘Vampire Lovers’ as the seductive spy drama cimbalom and chromatic guitar provide a distinctly Eastern European flavour. ‘Frozen Song’ is suitably icy, building to a hypnotic four-to-the-floor backbeat as Banshee-like guitar trembles over bubbling electronic sequences.
The agitated progressive electro romp of ‘Turn Black’ has an arrangement that magnificently develops within a single song before the drifting lilt of ‘From The Future’, a less mechanically driven track with drumming reminiscent of JOY DIVISION. Closing ‘Fragment’ is ‘The Loop Sin’, a classic Reeder production full of heavy propulsive grit and live textural enhancements.
A well-thought out, well-crafted album with plenty of adventure, space and mystery within its multi-genre cocoon, ‘Fragment’ is likely to appeal to fans of electronic pop, techno, prog and alternative rock.
“I think ‘Fragment’ is a very listenable album” said Mark Reeder, “The club tracks work in a club environment, I know that because I have tried them out in my DJ sets, and the quieter tracks are to sit back and relax to.”
Proving musically that the Far East is not just about J-Pop, K-Pop and C-Rap, STOLEN have provided a welcome cultural counter-balance with one of the best albums of 2018.