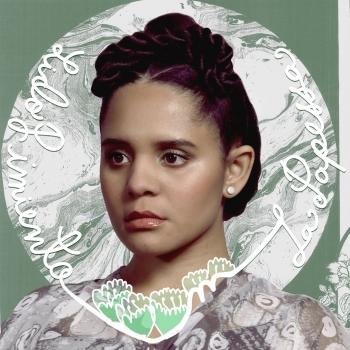 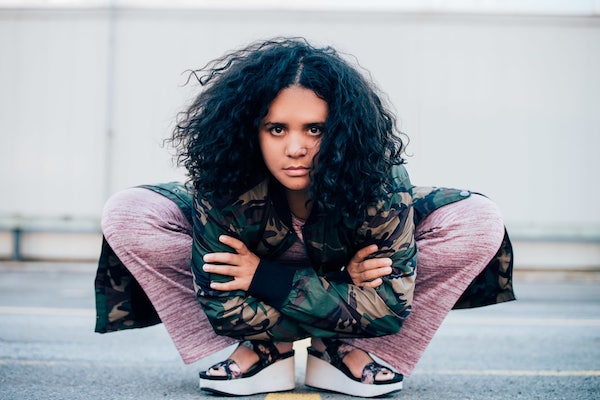 Lido Pimienta
While her debut Color (2010) was an optimistic foray into pop music, La Papessa digs deeper, covering heavy subject matter, drowned in infectious, layered beats.
Here, Pimienta has found her footing as an independent artist: as a woman, and as a mother moving to the “big city” (Toronto) with her young son, all the while redefining the notion of what a pop Latina artist ought to be.
La Papessa take listeners on a musical journey from traditional Afro-Colombian percussion to global bass and darker, avant-garde electronic sounds, tackling a range of issues lyrically (sung entirely in Spanish), from the lack of potable water for Indigenous communites both in Colombia and Canada (“Agua”), to her mixed identity as both a Colombian and Canadian (“Al Unisono Viajan,” “Quiero Jardines”), to struggles with relationships (“La Capacidad,” “Ruleta”).
Lido’s piercing, explosive and heartwarming voice ties La Papessa together, resulting in a perfect labour of love and sound that highlights the creative voice of this fresh new voice. Onstage accepting the 2017 Polaris Music Prize, Pimienta described La Papessa as “an album about breaking up, about getting back on your feet by yourself in the big city, with your son and some drawings under your arm.”
“…a swirling commingling of dense, electronic production, Latin rhythms and sweels of Pimienta’s precise, thunderous voice.” – NPR
“[Lido] proves that an unapologetic hustle eventually can pry open doors and set the stage for a new generation of Canadian musicians.” – Pitchfork
“With an album of electronic Latin art-pop filled with empowering, socially-conscious lyrics not sung in any of Canada’s official languages, Ms. Pimienta was the darkest of dark horses, and an outsider most in the music industry never saw coming.” – The Globe and Mail