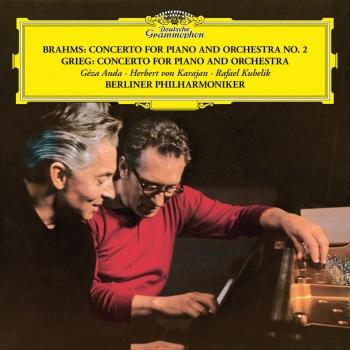 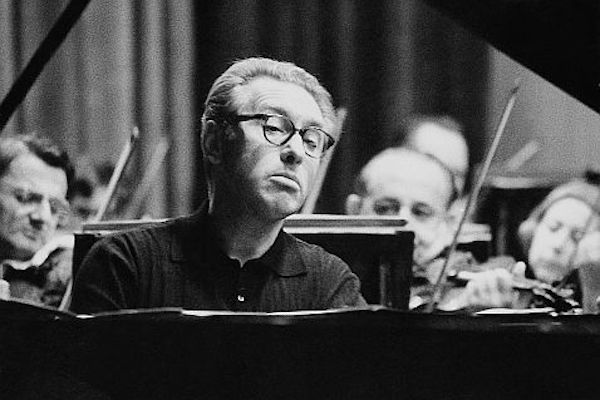 Géza Anda
was born in Budapest on November 19, 1921. He studied with Ernst von Dohnányi and Zoltan Kodály at the Budapest Academy of Music, and won the Liszt Prize in 1940. A year later, shortly after playing Brahms under Mengelberg, he made his debut in the Berlin Philharmonie, where Furtwängler dubbed him "the troubador of the piano". He was only 20 - and had already begun to teach piano. In 1943 he settled in Switzerland. From 1953 to 1955 he gave a masterclass at the International Summer Academy of the Mozarteum in Salzburg, and in 1960 he succeeded Edwin Fischer as director of the Lucerne masterclasses. From 1969 he taught in Zürich. He died on 13 June 1976. Three years later, the first Concours Géza Anda was held, with the aim of encouraging a younger generation of pianists to develop in Anda's spirit.
Anda's early bravura displays in the Liszt, Franck, Tchaikovsky and Rakhmaninov repertoire, his pioneering Bartok interpretations, and his brilliantly captivating Chopin - all had the same power of expression as his performances of the German Romantics. His musical, technical and spiritual insights were based on a forging of form and substance within each work, as notable in Beethoven as in Schubert, Schumann and Brahms. It was this approach that gave Anda's playing its renowned clarity; it lay at the heart of his "festive temperament". Thanks to Clara Haskil's encouragement, it also influenced his approach to Mozart.
From 1952 until his death, Anda made a solo appearance every year at the Salzburg Festival - a record matched by no other concert artist in Mozart's birthplace. He directed Mozart concertos from the keyboard with the Camerata Academica, and took it on tour. With the same ensemble he became the first interpreter to record all Mozart's piano concertos, an achievement which brought him numerous gramophone awards. For 16 of the 27 concertos, Anda wrote his own cadenzas.
Géza Anda's repertoire matched the breadth of his public. What people heard was a style of playing that struck to the human core of all great music.