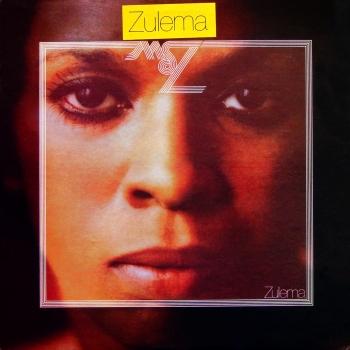 Zulema
Born Zulema Cusseaux in Tampa, Florida, U.S.A., she was a member of the Lovelles in the late '60's and early '70s.
A Van McCoy-produced Lovelles single ('So Much Love') became a Top 20 R & B hit in 1971, but Zulema went solo shortly afterwards, recording a couple of albums for Sussex.
She assumed her highest profile with a series of LPs for RCA in the mid-'70's, reaching the middle of the R & B charts in 1975 with 'Wanna Be Where You Are.'
Her recording career ended after an album for LeJoint in the late '70's.
Zulema was a pioneer of sorts in that she was a '70s Black R & B singer who wrote much of her own material, and was able to assume some of her own production chores.
The records themselves were forerunners of urban contemporary music, occasionally reaching the lower parts of the R & B charts, Zulema's vocals betraying a strong Aretha Franklin influence.
Later, after returning to live in Tampa, she became lead musician at the First Baptist Church of West Tampa.
She died after a short illness in 2013 at the age of 66.