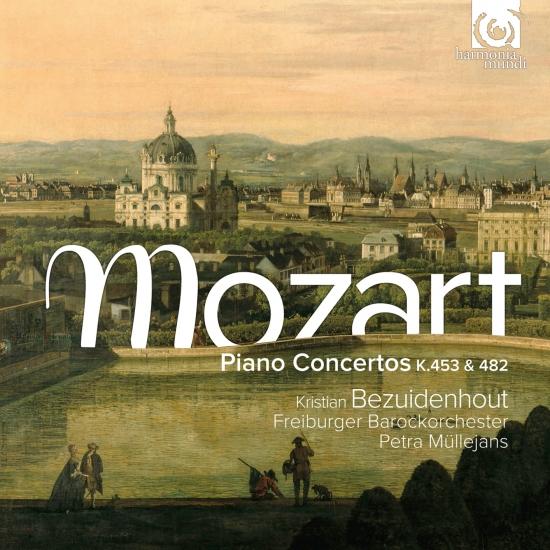 "Early on in the planning of these sessions, we decided that the microphone placement would be very different from traditional set-ups. After much experimentation, we opted for a layout very much like theatre in the round, with the keyboard in the very centre, winds in a line facing the solo instrument, and the strings as a sort of envelope all around and behind the piano. Crucially, it brings the winds – such operatic characters in Mozart’s Viennese concertos – very much to the fore of the sonic picture; it also encourages a much more natural and vivid interplay between the piano and the wind band. It has meant that the kind of keyboard-dominated sound one sometimes encounters, has been replaced by what E. T. A. Hoffmann described as a symphony with piano obbligato – the piano, playing both solo and continuo, darts in and out of the lush orchestral texture; at times, incredibly prominent, at other moments, purely accompanimental. Mozart’s sensational gifts as an improviser are well known by now, and indeed there are frequent places in the piano part where embellishment is an obligatory element of the stylistic grammar. Our feeling was that this spirit of spontaneity should extend to the orchestra as well. One will notice that the solo wind instruments depart from the text on numerous occasions; these ornaments were partly pre-planned, partly refined and revised by the wonderful wind principals of the FBO. After all, Mozart was writing for some of the most gifted and wellrespected wind soloists of the time, and although it is hard to prove, I find it difficult to imagine that he would have frowned on his collaborators’ natural tendency to introduce subtle embellishments." Kristian Bezuidenhout
„Bezuidenhout gives us characteristically thought-provoking performances of two of the great Mozart Concertos. Particularly felicitous is his use of solo orchestra strings for some of the music's most intimate moments...Altogether a rewarding disc and one that Bezuidenhout's many admirers will not want to be without.“ (BBC Music Magazine)
„remarkably consistent in relation to the previous three volumes, regarding the fortepianist's superb technical acumen and musical intelligence, as well as interpretative affectations that seem more precious than stylish...however, Bezuidenhout's spirited style and authoritative fingerwork never operate at less than world-class standards.“ (Gramophone Magazine)
„This is a bold, even uncompromising issue, and may not be one for the faint-hearted...Articulation is ultra-crisp, and forte often feels like sforzando...The net effect throughout is vivid, always interesting, sometimes exciting, occasionally prissy, even a little didactic: for all that, I have greatly enjoyed it.“ (International Record Review)
"Any inbuilt resistance to hearing Mozart on a fortepiano rather than a concert grand piano quickly evaporates as the ear begins to relist the piquant colours and subtle nuances that Bezuidenhout produces. By the end of this marvellous disc you might feel that this is the only way to hear Mozart’s solo keyboard music." (Jeremy Nicholas, Editor’s Choice, Classic FM Magazine)
Kristian Bezuidenhout, fortepiano
Freiburger Barockorchester
Petra Müllejans, conductor 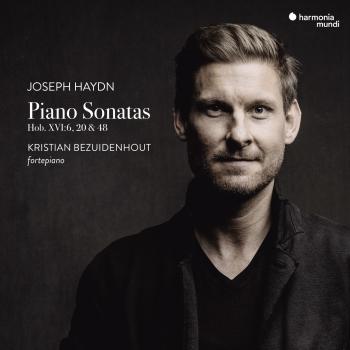 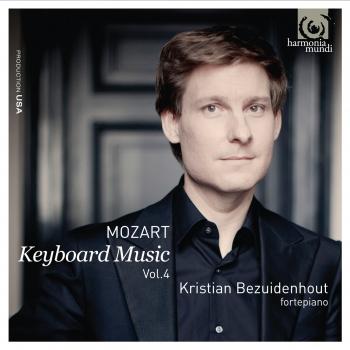 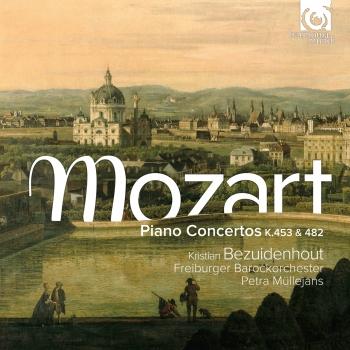 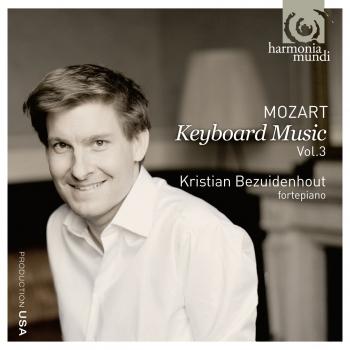 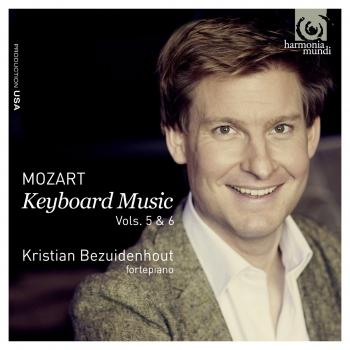 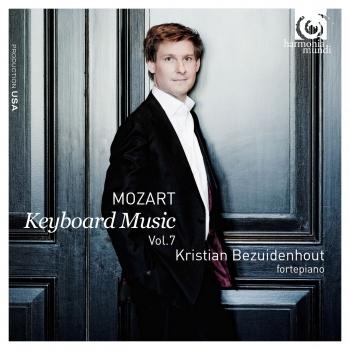 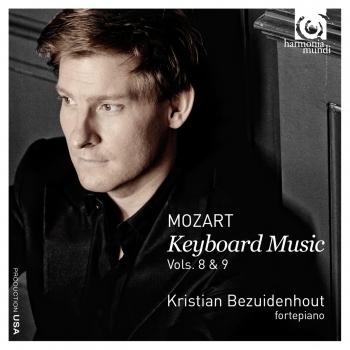 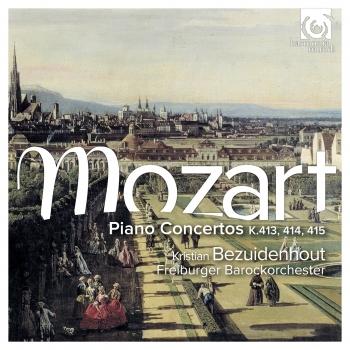 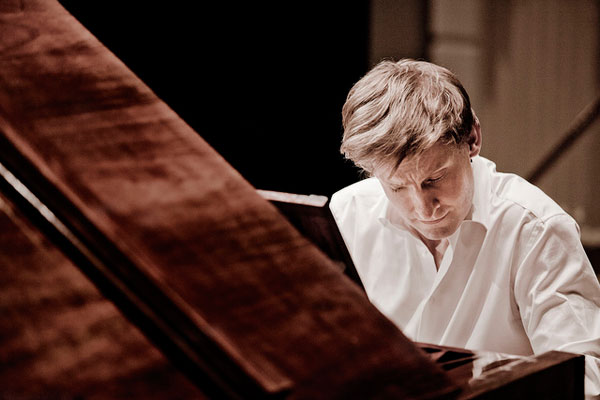 Kristian Bezuidenhout
was born in South Africa in 1979. He began his studies in Australia, completed them at the Eastman School of Music and now lives in London. After initial studies as a modern pianist with Rebecca Penneys, he explored early keyboards, studying harpsichord with Arthur Haas, fortepiano with Malcolm Bilson and continuo playing and performance practice with Paul O’Dette.
Bezuidenhout first gained international recognition at the age of 21 after winning the prestigious first prize as well as the audience prize in the Bruges Fortepiano Competition.
Bezuidenhout is a frequent guest artist with the world’s leading ensembles including The Freiburger Barockorchester, Orchestre des Champs Elysées, Orchestra of the 18th Century, English Concert, Orchestra of the Age of Enlightenment, Concerto Köln, Chamber Orchestra of Europe, Royal Concertgebouw Orchestra, Chicago Symphony, Sinfonieorchester des Bayerischen Rundfunks, and Collegium Vocale Gent, in many instances assuming the role of guest director. He has performed with celebrated artists including John Eliot Gardiner, Philippe Herreweghe, Frans Brüggen, Trevor Pinnock, Ton Koopman, Christopher Hogwood, Pieter Wispelwey, Daniel Hope, Jean-Guihen Queyras, Isabelle Faust, Viktoria Mullova, Carolyn Sampson and Mark Padmore.
Bezuidenhout now divides his time between concerto, recital and chamber music engagements, appearing in the early music festivals of Barcelona, Boston, Bruges, Innsbruck, St. Petersburg, Venice and Utrecht; the festivals of Salzburg, Edinburgh, Schleswig Holstein, Tangelwood and Luzern and Mostly Mozart Lincoln Center, and at many of the world’s most important concert halls including the Berlin and Köln Philharmonie, Suntory Hall, Theatre des Champs Elysées, Symphony Hall, Konzerthaus Vienna, Wigmore Hall and Carnegie Hall.
Since 2009, Bezuidenhout has embarked on a long-term recording relationship with Harmonia Mundi. Recent recordings include Volumes 1, 2 & 3 of the complete keyboard music of Mozart (prizes include Diapason D'or, a Caecilia Prize, and Preis der Deutschen Schallplattenkritik); Mendelssohn piano concertos with the Freiburg Baroque Orchestra and Schumann Dichterliebe with Mark Padmore (both won Edison Awards). His recording of Beethoven violin sonatas with Viktoria Mullova (ONYX label) won an Echo Award for the best chamber music album of 2011. A disc of Mozart Piano Concertos (K. 453 & 482) with the Freiburg Baroque Orchestra was released in November, 2012.