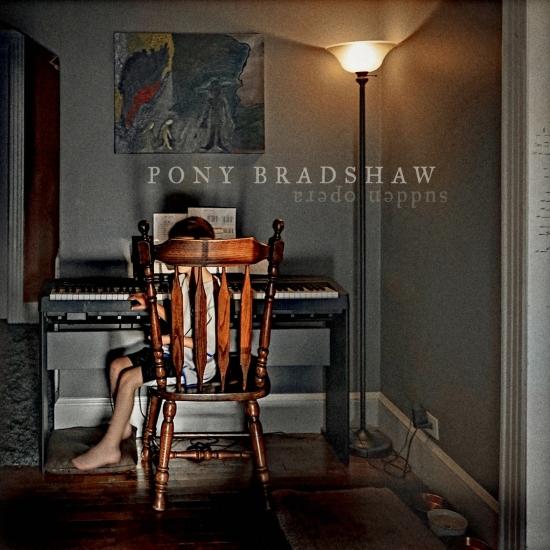 Singer-songwriter and storyteller Pony Bradshaw has released "Van Gogh," the latest song from his debut album for Rounder, due June 21. Sudden Opera was produced by 10-time Grammy-award winner Gary Paczosa (Alison Krauss, Dolly Parton), Grammy-award winner Shani Gandhi (Parker Millsap, Smooth Hound Smith) and artist/producer Jedd Hughes (Emmylou Harris & Rodney Crowell).
"Van Gogh" kicks off the record with swagger and ache befitting its title. "It's part dream, part fiction," Bradshaw says. He pieces together vivid imagery and enigmatic wordplay to create a mood of ambiguous longing mixed with brazen self-awareness -- a vibe maintained throughout the album.
Pony -- born James Bradshaw -- moved around a lot as a kid. A military brat born in Mississippi, he logged time around the country. Raised in East Texas, today he's settled in North Georgia, and more than anywhere else he's ever been, it's home. After the Air Force showed him the door at 21 years old, he drifted, until the music he found more than a decade later became his anchor.
NPR and others tapped Bradshaw as one to watch a couple of years ago. He has since taken his time, determined to accurately capture the art he'd only recently realized he was incubating. Sudden Opera is the rewarding result. Bradshaw is the sole songwriter on the album.
The record is stacked with songs that pick up religious imagery and run wild. "Shame" saunters through smoldering faux-finger pointing, while "Ain't No Eden" accepts life in its often-tortured present, dismissing the idea of paradisal relief. With hands-in-the-air panache, organ, and bouncing backbeat, "Didn't it Rain" gives in to the unknown.
Spinning a rich family history, "Sippi Sand" is the most autobiographical song on the album. A gospel choir helps build the track's depth as Pony's own vocals soar.
Featuring electric guitar that buzzes with Heartbreakers' flair, "Charlatan" takes down the spiritual snake-oil salesmen. "Bad Teeth," shuffles broodingly and dreamy "Loretta" explores desire, fallout, and escaping into and with another person. Poignant strings help propel the turbulent "Gaslight Heart," while "Josephine" brings Sudden Opera to a haunting close.
Album standout "10x10" relies on plaintive strings and piano to set the stage for a man crying out for respite.
These days, Bradshaw reads novels and poetry more than he listens to songs, although heroes such as Townes Van Zandt and Guy Clark still loom large. The 19th century French authors, poets and painters have a hold on him, especially Flaubert. He's interested in the creative process--that grind that conditions the brain to know how to recognize inspiration and to run with it.
He recently wrapped up a series of dates opening for Social Distortion and is gearing up to go back out on the road later this year.
"I ask myself every day why I want to be good at this," he says. "It's hard. I wrestle with the ego, and this whole thing. But I just know that writing, singing and playing makes me happy, so I continue to do it. It's the only thing I feel confident in pursuing with this much tenacity. Besides raising my kids."
Pony Bradshaw, vocals, guitar 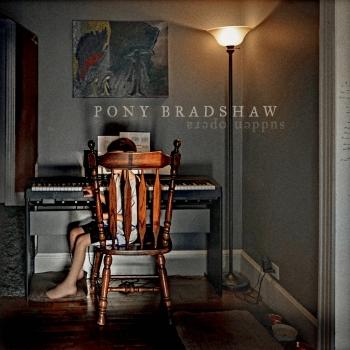