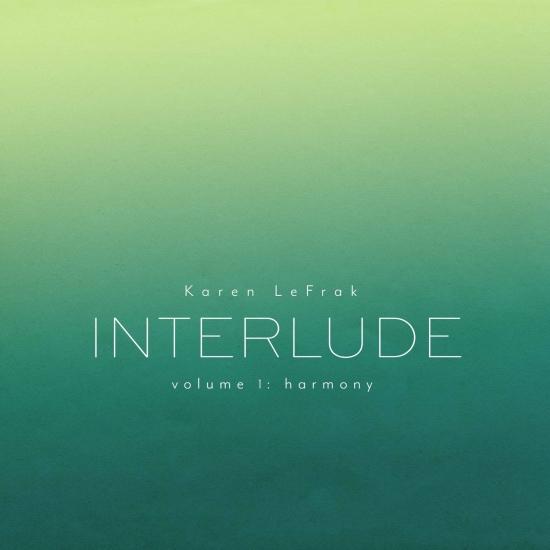 At a time when the world has paused and is looking ahead at its new reality, Karen LeFrak releases a beautiful cache of short solo piano pieces as a four-volume album project called Interlude. The compositions deliver an ambient and moving soundscape, perfectly-timed as we find our way forward with a sense of hope, strength, and renewal. Each volume of the series captures a theme of discovery from this extraordinary period of Interlude – Harmony, Inspiration, Gratitude, and Clarity. The works included in each volume effortlessly reflect the power of our present moment and offer a sense of grace and healing for the new and changing world ahead.
Doeke, piano 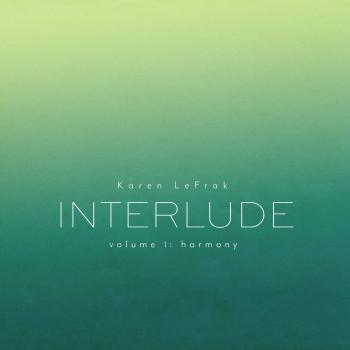 Jorn Swart
is a Dutch pianist, composer, and arranger, currently living and performing in NYC. His trio Malnoia is an unorthodox project that mixes jazz and chamber music. His latest solo piano project Doeke is shaped by a desire for a return to simplicity, and inspired by memories of home and childhood.
Karen LeFrak
A native New Yorker, composer and author Karen LeFrak has created vibrant, moving musical scores that have been presented in prestigious concert halls across the globe. She is an ardent champion of musical and literary education for children and has received wide accolades for her children’s books published by Bloomsbury, Random House, and Crown Books.
Ms. LeFrak’s works have been commissioned and performed by a wide variety of prominent institutions and artists worldwide, including the New York Philharmonic; American Ballet Theatre; the Mariinsky, Joffrey and San Francisco Ballets; the New York University and Juilliard School Percussion Ensembles; the Shanghai and Miami Symphony Orchestras; Boston Chamber Symphony; pianist Anne-Marie McDermott; Sejong Soloists; and flutist Eugenia Zukerman, among many others. Her compositions have been heard at esteemed venues across the United States, Europe, Russia, and Asia including David Geffen Hall and the Koch Theatre at Lincoln Center, Russia’s fabled Mariinsky Theatre in Saint Petersburg, Moscow’s Kremlin for the 250th anniversary of the Bolshoi Ballet School, Symphony Space in New York, National Sawdust in Brooklyn, Bethel Woods Arts Center, Festival Napa Valley, and the White House – where her musical works Acceptance and the New Yorker Trio were honored at an International Women’s Day Luncheon.
The 2020-21 season holds performances of Sleepover at the Museum at the Beijing Music Festival with the China Philharmonic in October and with the National Symphony Orchestra.
This winter, Ms. LeFrak is poised to release a beautiful cache of short solo piano pieces as a four-volume album project called Interlude, performed by Doeke. Each volume of the series captures a theme of discovery from this extraordinary period of Interlude during the pandemic – Harmony, Inspiration, Gratitude, Clarity. The project includes visual pairings of each work.
A number of orchestral, chamber, and solo works from Ms. LeFrak’s catalog have also been recorded by the St. Petersburg Chamber Philharmonic, Mariinsky Orchestra, and Gloriosa Trio, who recorded on Centaur Records and performed on the Colorado Public Radio.
Of Ms. LeFrak’s over 270 compositions, she has written several powerful orchestral works including the multimedia children's score Sleepover at the Museum, orchestrated by Bill Ross. The dynamic and robust work brings to life Ms. LeFrak’s children’s book by the same name, published by Random House in 2019, with the help of a narrator. The work was premiered by the Miami Symphony, performed at Festival Napa Valley, received a semi-staged performance by the Missoula Symphony, and most recently was performed by the New York Philharmonic with narrator Jamie Bernstein – Leonard Bernstein’s daughter – on its first-ever family benefit, honoring Ms. LeFrak's dedication and contribution to the Philharmonic. During the COVID-19 pandemic, the New York Philharmonic performance has been included in its "NY Phil Plays On" digital content online, making it available to millions of children around the world.
The New York Philharmonic has also premiered Ms. LeFrak’s A Bite of the Apple, Salute to New York at Lincoln Center and in Shanghai to celebrate the beginning of the Shanghai Orchestra Academy, paired with a video created by NYC & Company. Other orchestral highlights include her String Serenade, premiered at the inauguration of the new Shanghai Symphony Orchestra’s Chamber Music Hall in 2014; Questa Via, arranged by Bill Ross, premiered by the Miami Symphony and also performed at Festival Napa Valley; an orchestrated version of Nothing Left, arranged by conductor Eduardo Marturet, premiered by the Miami Symphony; Light, a commission by the Miami Symphony, premiered alongside a video installation celebrating the art of Sandra Muss; Ivan's Song for symphony orchestra, premiered at Mount Holyoke College and also performed by the Boston Chamber Symphony; and an orchestrated version of her Trio for Oboe, Horn, and Piano performed by Liang Wang and Philip Myers as a double concerto with the Shanghai Symphony Orchestra. ...