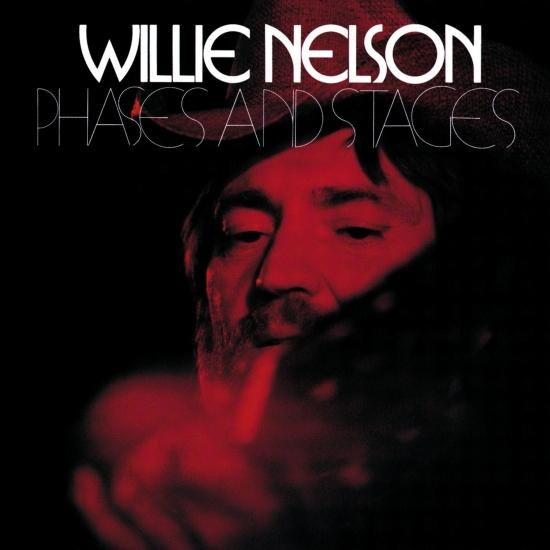 Willie Nelson spent the first two decades of his career in Nashville, unsuccessfully chasing success as a mainstream performer. Frustrated, he returned to his home in Texas, where it dawned on him that there might be an audience for country music among the South's many young 'longhairs,' whom Nashville disdained. Nelson started playing Texas rock clubs and was pleasantly surprised to find that he was correct: Texas kids were hungry for country music. Nelson set about fashioning a style suited to his new audience, one that embraced such elements of rock and roll as long instrumental jams and 'concept' albums.
During this period Willie recorded three albums that set the tone for the 'outlaw' country movement he would soon spearhead: „Shotgun Willie“, „Trouble Maker“ and „Phase And Stages“, which is the first of many albums on which Willie strings songs together to tell a single story. The first half of „Phase And Stages“ recounts a break-up from the woman's point of view; the second half tells the same story, but from the man's perspective. Among the many outstanding tracks on this classic album are 'Sister's Coming Home,' 'I Still Can't Believe You're Gone,' and 'Pretend I Never Happened.'
Willie Nelson, vocals, acoustic guitar
Fred Carter Jr., acoustic guitars, dobro
John Hughey, pedal steel guitar
Eric Weissberg, banjo
Johnny Gimble, fiddle, mandolin
Al Lester, fiddle
Barry Beckett, keyboards
David Hood, bass
Roger Hawkins, drums
Jeannie Greene, background vocals
Pete Carr, background vocals
George Soule, background vocals
Recorded at Muscle Shoals Sound, Muscle Shoals, Alabama. Remixed at Criteria Studios, Miami Beach
Digitally remastered