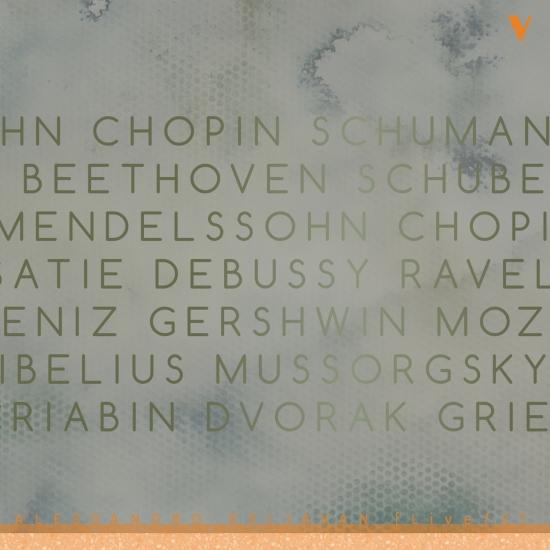 „An astonishing Piano Favourites compilation!“ - Martin Guerber, Jamendo. This double-album includes some of the most celebrated piano music of all time: Mozart, Beethoven, Schubert, Mendelssohn, Chopin, Schumann, Liszt, Brahms, Dvorak, Grieg, Sibelius, Moussorgsky, Satie, Debussy, Ravel, Albeniz, Gershwin are the composers.
The performer, the pianist Alessandro Deljavan, is one of the most talked-about talents of our days. His recent participation at the Van Cliburn contest was widely acclaimed by the press which coined the term 'Deljamania' for the overwhelming effect Deljavan made on public.
In this double-album Deljavan gives us a very refreshing version of the famous pages in an incredible sight-reading version! His personal style is very complex - but also very clear - full of nuances, details on secondary lines, and virtuosity. He has total control of the piano and makes music with the magic acoustic.
The recording, 100% natural, was made in a very suggestive medieval church in Tuscany during a relaxing holiday. No doubt this album is a must have!
Alessandro Deljavan Farshi, piano
Recorded at Pieve di Santa Maria del Giudice, Lucca, 2014
Engineered by Alessandro Simonetto