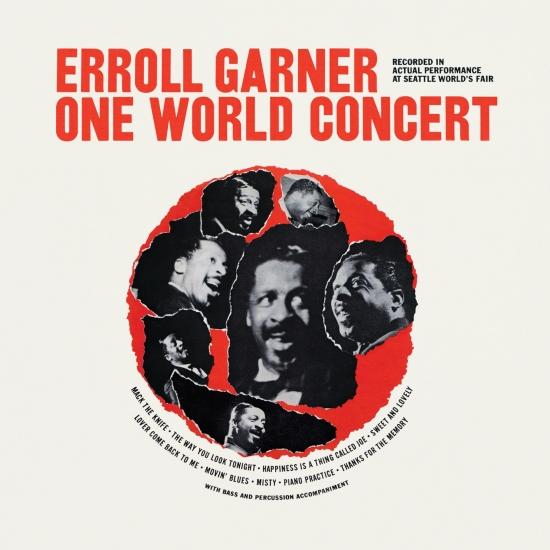 This was Garner’s first concert album after his chart topping Concert By The Sea, recorded seven years earlier. A tour-de-force performance makes this a worthy successor, complete with his trademark improvisational fireworks. This new presentation includes extended introductions as well as an unreleased version of the Garner ballad “Other Voices,” which has never been issued in a trio arrangement.
Garner’s performance would yield One World Concert, his first live album since the world-beating Concert By the Sea. (On the cover of One World Concert, a subhead declares: Recorded in Actual Performance at Seattle World’s Fair.) This was the third release on Octave Records, which Garner had established with his manager, Martha Glaser. Originally distributed by Philips, it has never had a fully dedicated reissue.
Erroll Garner, piano
Eddie Calhoun, double bass
Kelly Martin, drums