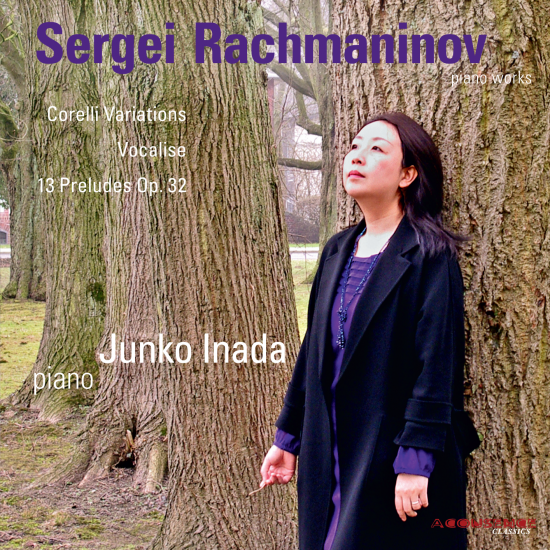 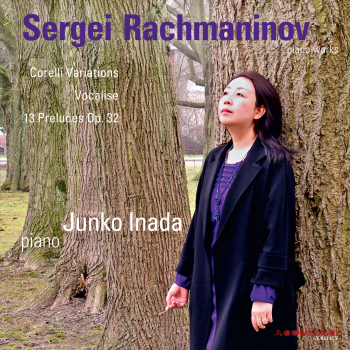 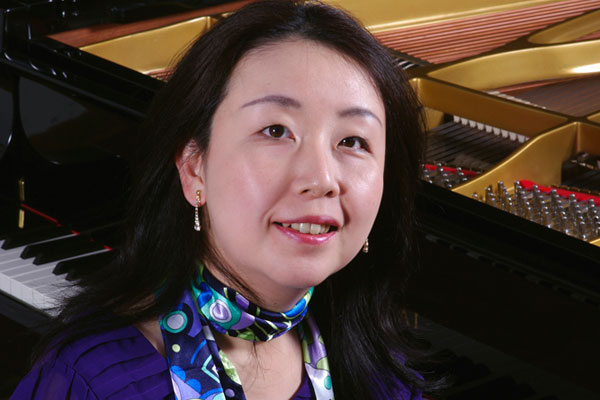 Junko Inada graduated the Piano Performers’ course at the High school attached to the Tokyo College of Music at the head of the class with the highest award. After graduating, she studied at Conservatoire National Supérieur de Musique de Paris and graduated with Premier Prix in both piano and chamber music classes. Then she continued her studies at Ecole Normale de Musique de Paris where she was granted the Diplôme Supérieur de Concertiste. She has won many national and international prizes in such competitions as the Student Music Concurs of Japan, the Music Competition of Japan, the Sofia International Piano Competition. But above all, most re-markable prize she was awarded was the 3rd prize in the Rachmaninov International Music Competition in Moscow in 1997 (the 2nd prize was not awarded). Since then Ms. Inada has been making a great career performing in Europe including France as well as in Japan. She has been consecutively invited to Lourmarin Festival in France, regularly taking part in “Summer Concert Series” in Paris where she won so good reputation that she came back in August of 2012. In Japan, too, she has had many solo and chamber music concerts, has appeared on Radio and television, including such programs as NHK “Play Chopin”, NHK
“FM Recital”, NHK “Masterpiece Recital”, Tokyo Broadcasting System Tele-vision. The program “This week’s pianist” on Classica Japan with Mr. Takayoshi Isayama as an emcee will introduce her performance of Poulenc from her recital.
Also Ms. Inada enjoys an established reputation for her witty and hilarious comments. She is highly regarded for her dynamic pianism with a scale far beyond a typical Japanese pianist, and is considered one of the most promising pianists in Japan, constantly appearing in public.
Ms. Inada has played with many renowned orchestras such as the Moscow Symphony Orchestra, the Sofia Radio Philharmonic Orchestra. She gained high reputation for her Rachmaninov’s 3rd Piano Concerto in 2001 and 2nd Piano Concerto in 2005 both with the Tokyo New City Philharmonic Orchestra. In spring 2002, she started her recital series “IMAGINATION” which contained a series of concerts celebrating the 130th anniversary of Rachmaninov’s birth, and the series reached the 10th recital in 2010.
In autumn 2004, Ms. Inada released the first CD “TABLEAUX” which has gained high reputation and popularity, despite the fact that it was her first recording. The recording won the praise of many critics; “dignified virtuosity with dazzling sound”, “sensitive but brilliant pianism”. Ms. Inada studied with Katsuko Miura, the late Toyoaki Matsuura, Jean-Claude Pennetier, Alain Planès, the late Germaine Mounier.