I Mean to Shine Linda Hoover 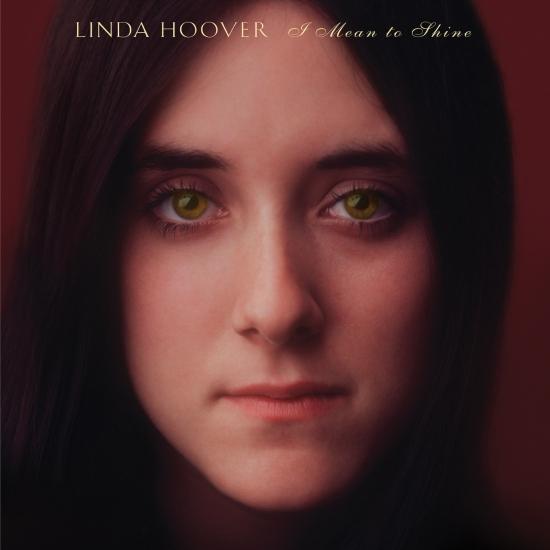 Info zu I Mean to Shine

Unissued Gary Katz-produced 1970 album featuring members of the original Steely Dan line-up. In the summer of 1970, Linda Hoover, then 19, entered Manhattan’s Advantage Sound Studio to cut her first album with Gary Katz, Walter Becker and Donald Fagen leading a team that also included guitarists (and future Steely Dan members) Denny Dias & Jeff “Skunk” Baxter, and Eric Weissberg, saxophonist Jerome Richardson, plus members of the Dick Cavett Orchestra.
I Mean To Shine includes three original compositions by Linda alongside The Band’s “In A Station” (from Music From Big Pink) and Stephen Stills’ “4+20” (which appeared on CSN&Y’s Déjà Vu). Almost half of the album was penned by the pre-Steely Dan songwriting duo of Becker and Fagen, including what would become the album’s title track. After creating a wonderful record, album cover photos were taken and then it all fell apart.
The release was shelved over a business disagreement and if that wasn’t heartbreaking enough, Hoover learned that Barbra Streisand also recorded “I Mean To Shine” (which would appear on her album Barbra Joan Streisand). Streisand’s album hit #11 and went gold. For the production team of Katz, Becker, and Fagen one success built on another and they were hired to staff positions at ABC-Dunhill Records in Los Angeles.
Hoover continued to pursue musical opportunities in New York, but with her creative team gone and no record release to show for their collective efforts, she wound up returning to her parents’ house in Florida. However, she did take a tape copy of her album home with her.
Now, with the blessing from Hoover and original producer Katz, the previously unissued album, I Mean To Shine finally sees the light of day and even features the proposed 1970 cover shot by Joel Brodsky (whose work at that time had already graced the covers of releases from The Doors, Van Morrison, The Stooges, and more). The album has been produced for release by Linda, Jay Willingham, and Grammy®-winner Cheryl Pawelski with audio restoration and mastering by Grammy®-winning engineer Michael Graves. Scott Schinder’s liner notes are informed by new interviews with Hoover and Katz.
Linda Hoover, vocals, acoustic guitar
Walter Becker, bass, guitar, backing vocals
Donald Fagen, keyboards, piano, synthesizer, backing vocals
Denny Dias, guitar
Jeff “Skunk” Baxter, guitar, backing vocals
Eric Weissberg, banjo
Jerome Richardson, saxophone
Rick Marotta, drums
Crusher Bennett, drums
Members of the Dick Cavett Orchestra
Produced by Gary Katz, Walter Becker, Donald Fagen
Digitally remastered 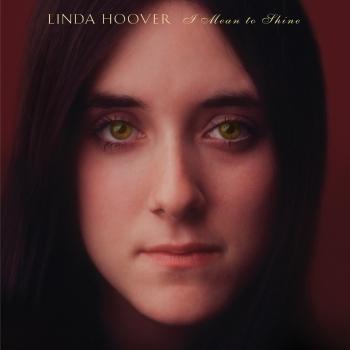 I Mean to Shine 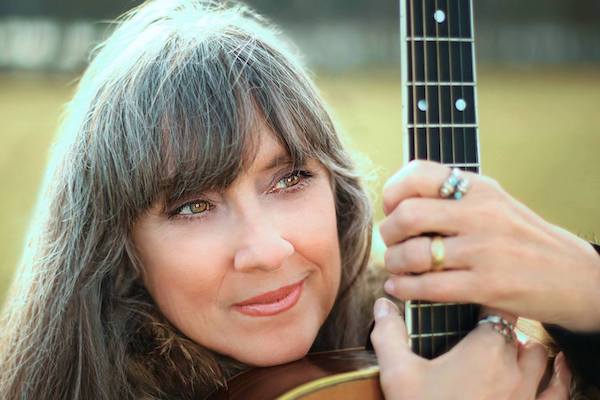 Linda Hoover
In 1966, soon-to-be legendary producer Gary Katz was an A&R rep for Bobby Darin’s company TM Music, located in the Brill Building in Manhattan. Katz was introduced to a 14-year old singer-songwriter who had recently placed first in a regional talent contest in Ramsey, NJ. She was an eager little brown haired beauty with a booming voice. Her name was Linda Hoover. Major labels courted Linda but her father insisted she go to college before signing a deal. He moved the family to Florida and enrolled Linda in Jacksonville University. She was miserable and barely attended class, only wanting to sing. When she turned 18, she called Gary Katz who invited her to New York with the promise of a record deal. He kept his word.
Katz combined Linda’s folk-pop style with that of now fusion-jazz icons Walter Becker and Donald Fagen. She was signed to major label Roulette Records and began production on her debut album, I Mean to Shine. The album was one of Katz’ first major label productions and contained original songs by Becker and Fagen and Hoover. Hotshot studio musicians like Jeff “Skunk” Baxter, future lead guitarist for both Steely Dan and The Doobie Brothers, played on the record. The Dick Cavett Orchestra, Jerome Richardson and Eric Weisberg brought Becker and Fagen’s arrangements to life. Joel Brodsky, one of the most prominent band photographers of the day, shot the album cover. Hoover was on the cusp of realizing her dream of becoming a pop star, using her golden voice to make her living. “Donald’s command of the piano and Jeff’s creativity on guitar blew me away,“ Linda recalls, "I was impressed with Gary’s skill in the studio. He knew when to step back and let the musicians create but he also knew when to take charge. It was one of the most exciting times of my life.”
Roulette Records owner, music industry mogul Morris Levy, loved Linda and her record. But I Mean to Shine would never see the light of day. Unbeknownst to Hoover, Levy shelved the album after a dispute over publishing and Katz, Becker and Fagen sold the title track to Barbra Streisand. Stung to the core, the heartbroken Linda Hoover declined the invitation to accompany the team to Los Angeles. One year later, they had a hit record as now Rock and Roll Hall of Fame inductees, Steely Dan. Linda returned to her family in Florida with only a quarter inch tape to show for the year she had dedicated to the project with Becker and Fagen. She continued to write and perform regionally while Steely Dan rose to super-stardom. As the years went by, her quarter inch tape sat in a closet, until she realized what she had: one of the first examples of Steely Dan’s iconic sound. By blending Linda’s simple pop aesthetic with Becker and Fagen’s jazz intellect, they had created one of the first examples of Jazz-Pop-Fusion and an invaluable piece of rock and roll history.
Linda dug up her tape and prayed that it was still intact enough to convert to a digital medium. There was no guarantee the tape had survived the years but Linda had to try. After baking the tape in an oven for 12 hours and patching in the digital recorder, the engineers in charge of the conversion played the tape. When it was finished, they became the first people other than Linda and a handful of family and friends to hear I Mean to Shine in 35 years and…..…. it was flawless. This was one of Becker and Fagen's first major label recordings and It had survived the years and contained some of their earliest works; some of which were never recorded again. Their brilliant string and horn arrangements were impeccably preserved.
In Steely Dan – Reelin’ in the Years, biographer Brian Sweet dedicates 7 pages to Linda’s story. "I Mean to Shine is a fine album and it was a tragedy for Linda that it didn't come out at the time," Sweet writes after hearing Linda’s never released album. In the book he compares Linda’s version of, I Mean to Shine, with Streisand’s, "Linda Hoover's version…… was certainly better than Perry managed to achieve with Barbara Streisand's effort and, according to Becker and Fagen, truer to the original song." In the 2017 book, Steely Dan FAQ, Anthony Robustelli writes, “The song has a middle section and outro that were dropped from Streisand’s version, and some of the lyrics were changed as well, making her version a bit more generic than Hoover’s, which is superior.”
After 5 decades, Linda Hoover’s never-released album is being made available along with her original album, Another World, produced by her son Toft Willingham. Keep an ear open as Linda plans to release not only I Mean to Shine and Another World, but other live and studio recordings made along her journey. Linda and Toft also plan to record her entire original catalog. “I have always loved my mother’s voice but until I studied music at Berklee, I didn’t understand the scope of her writing. She uses odd time signatures and complicated Jazz changes without realizing it,” Linda’s son and producer explains. “Her voice has aged like a fine wine. It has matured but maintains a youthful quality and her delivery only gets better.” At 66, Linda is ready to release her music, “I’m excited to share this music with the world,” says Hoover, “it’s been a long time coming and I’m thankful for every note. I’m especially excited about my new record, Another World. My son Toft produced it and my husband, sons, daughter-in-law and nieces sang harmonies. It was as if God smiled on the project from the beginning. I am truly blessed.”