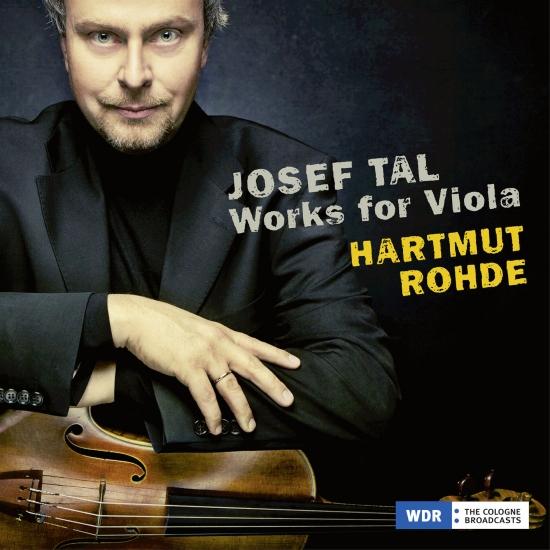 The entire Viola works from the composer Josef Tal, the outstanding Hindemith student and the founder of the studio of electronic music, one of the most important composers of Isrea.
When the Berlin Academy of the Arts asked if I would agree to participate in a recital along with Josef Tal and learn his two works for viola and piano under his guidance, I was thrilled. At the Berlin University of the Arts I knowingly and willingly place myself in the tradition of the most influential musicians of the 1920s: for me as a violist, Paul Hindemith, Tal’s teacher, is always present as one of our greatest composition teachers. In 1995 we organized a large-scale international Hindemith Festival, during which almost all of Hindemith’s compositions featuring the viola were performed.
This made me want to become better acquainted with works by Hindemith’s pupils and his entourage. Tal was one of Hindemith’s most well-known students, and one of those who most consistently took the master’s ideas a step further. He also became a committed, fascinating trailblazer in the field of electronic music (in which Hindemith had already started experimenting in the late 1920s at the Hochschule für Musik in Berlin, the forerunner of our University of the Arts). Josef Tal initiated the Centre for Electronic Music in Israel in 1961 at the Hebrew University in Jerusalem; at that time, he was one of the country’s leading, most well-known composers.
I met Josef Tal when he was 94 years old. Our encounter was like a journey into an unsettling past, marked by a great number of hardships and upheavals he had personally endured. It also offered a revealing glimpse into the outlook of composers in Israel, as well as previously in Germany – even into compositional approaches from many eras he did not live through himself.
Throughout our collaboration, Josef Tal proved to be a great thinker: not just an analyst, but also an interpreter who consistently sought to bring out the emotional aspect in music. He ascribed a decisive role to that which lies “between the notes”. I like to call such an approach Durchhören, i.e. “hearing through the music”. It can open many marvelous avenues for the performer, particularly in music which does not seem emotional or Romantic at first glance.
Hartmut Rohde, viola
Christian Seibert, piano 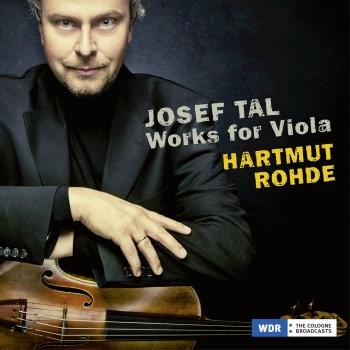 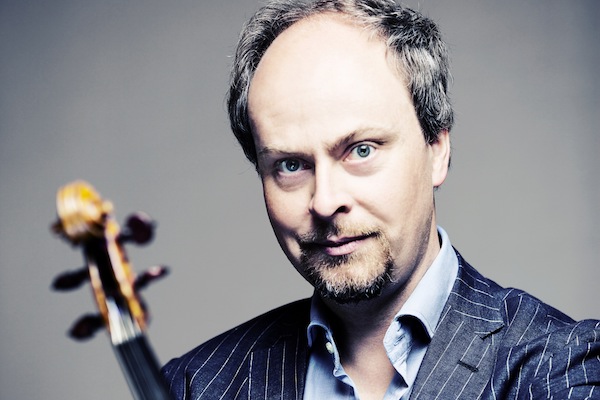 Hartmut Rohde
thrills audiences with his exceptional variety of sonorities, his stylistic versatility, and his historically informed approach to music ranging from the Baroque to contemporary compositions. Rohde’s performances are captivating due to his sheer power of imagination (Frankfurter Allgemeine Zeitung).
He is one of the leading and most sought-after European violists. Since 1993 he has held a professorship at the Berlin University of the Arts, and is founding member of the renowned Mozart Piano Quintet which undertakes extensive worldwide tours. His chamber music partners include David Geringas, Janine Jansen, Jörg Widmann, Radovan Vlatkovic, Paul Meyer, Lars Vogt, Kolja Blacher, and Sharon Kam. He has appeared at Carnegie Hall, Wigmore Hall, the Seoul Arts Center and the Amsterdam Concertgebouw, as well as at a number of outstanding festivals in Berlin, Schleswig-Holstein, Japan, Ravinia (USA), Australia, Heimbach (“Spannungen”), and Jerusalem. Rohde has performed solo viola concertos with renowned orchestras in Munich, Weimar, Bonn, Hannover, and Lithuania, as well as with chamber orchestras from Munich, Lithuania and Basel, collaborating with conductors such as Kent Nagano, Georg Alexander Albrecht, Paavo Järvi, Massimo Zanetti, and Michael Sanderling. Composers of the likes of Brett Dean, Sören N. Eichberg, Ursula Mamlok, Krystof Maratka, Arydas Malcys, David P. Hefti, and Olli Mustonen have written works for him. From 2013 to 2017 he served as Principal Conductor and Artistic Director of the NFM Leopoldinum Chamber Orchestra in Wroclaw. Starting with the 2017/18 season, he is expanding his conducting activities to other orchestras. Thus in 2019/20 he will go on tour to Vienna (Musikverein), Hamburg (Laeiszhalle), Budapest, Lviv, Slovenia, and Germany with the Budapest Franz Lizst Chamber Orchestra and with Lviv Symphony Orchestra. His appearances as conductor have already led him to perform at the Philharmonie in Berlin, the Tonhalle in Düsseldorf, the Pablo Casals Festival in Prades (France), and the Wratislawia Cantans Festival in Wroclaw. He has made numerous international radio recordings, as well as CDs for EMI Classics, Decca, CAvI-music, BMG/Sony, MDG, CPO, and Naxos. In 2004, he won the Supersonic Award.
Hartmut Rohde plays a viola by Giuseppe Fiorini and a viola by Ivo Iuliano.