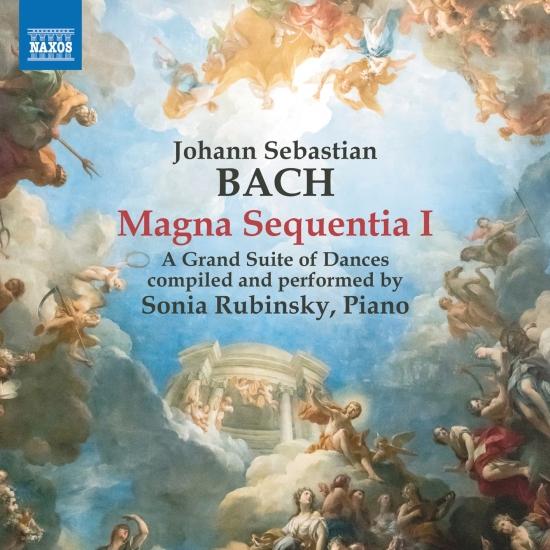 Magna Sequentia I is a unique sequencing of dance movements drawn from Bach’s keyboard works featuring pieces from the French Suites and the Partitas. Whereas Bach’s suites typically comprise six to eight movements, Sonia Rubinsky has selected 19, compiled with a tonal logic that still keeps the structure of a suite. She has chosen several examples of each of the dance forms used by Bach so one can appreciate the dazzling variety of both style and mood. Enhanced by her historically informed performance, Magna Sequentia I offers fresh insights into Bach performance on a modern grand piano.
Sonia Rubinsky, piano 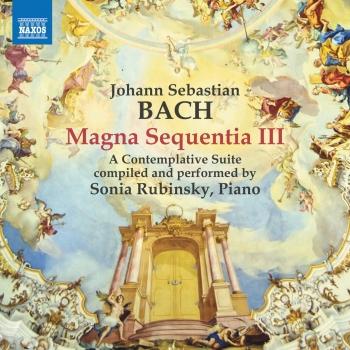 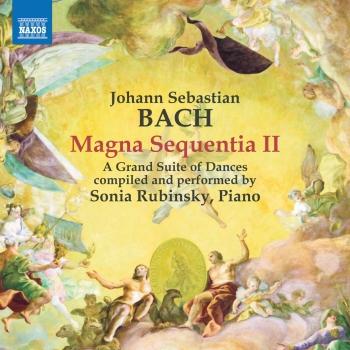 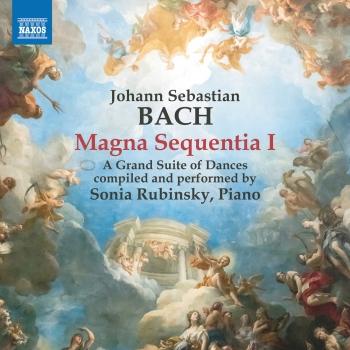 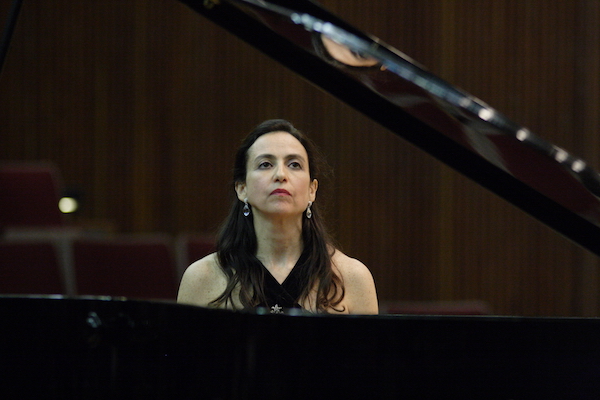 Sonia Rubinsky
Born in Brazil to a Polish mother and a Lithuanian father, Sonia Rubinsky began her musical studies in the Conservatory of Music of Campinas with Olga Rizzardo Normanha. A child prodigy, she gave her first recital at the age of five and a half years and, at age of 12, she performed as soloist with orchestra. From the age of 13 she studied in Israel at the Rubin Academy in Jerusalem, now called The Jerusalem Academy of Music and Dance. At the age of 16, she played for Arthur Rubinstein who praised her temperament.
Among the musicians who have helped shape Rubinsky’s artistry were: Jacob Lateiner, Gina Bachauer, Claude Frank, Leon Fleisher, Benjamin Oren, William Daghlian, Irma Wolpe, Vlado Perlemuter and Murray Perahia.
Rubinsky won a full scholarship to The Juilliard School of Music in New York where she earned her Master’s and Doctor of Arts. As a recitalist she has appeared in the most prestigious concert halls in the world: Carnegie Hall (Stern/Perelman Stage, Weill Recital Hall), Alice Tully Hall, Bargemusic, Merkin Concert Hall, Miller Theater, Hertz Hall in the United States, Maison de Radio France in Paris, Sala São Paulo and Teatro Municipal de São Paulo in Brazil, Recanati Hall in and the Jerusalem Theater in Israel and AGA-Zaal in Netherlands.
Rubinsky has played concerti with orchestras in the US and her native Brazil including the Orchestra of St. Luke’s, and symphony orchestras throughout the United States including Richmond, Springfield, Syracuse, Jacksonville, Cheyenne, Phoenix orchestras, as well as the Symphony Orchestra of São Paulo (OSESP), the Symphony Orchestra of the University of São Paulo (OSUSP), the Orchestra of the Teatro Municipal de São Paulo and the Orchestra of the Teatro Municipal do Rio de Janeiro. She has also performed with the Jerusalem Symphony Orchestra in Israel and the Orchestre de Saint Etienne in France.