With Friends from the Orchestra Marillion 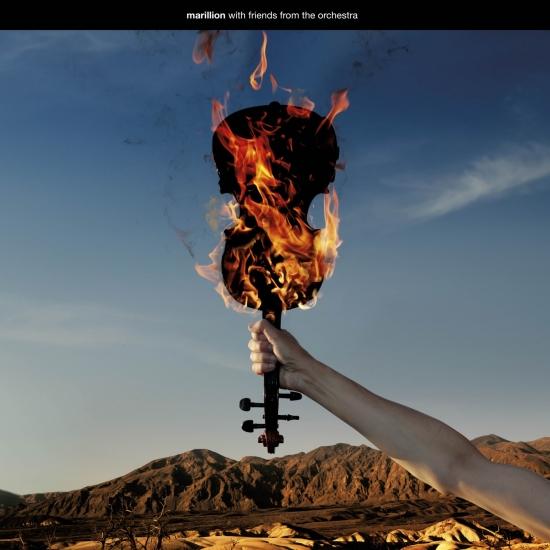 Info zu With Friends from the Orchestra

With Friends from the Orchestra

All One Tonight (Live at the Royal Albert Hall) 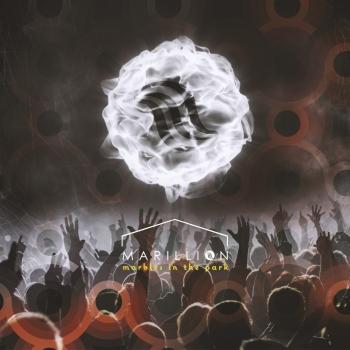 Marbles in the Park 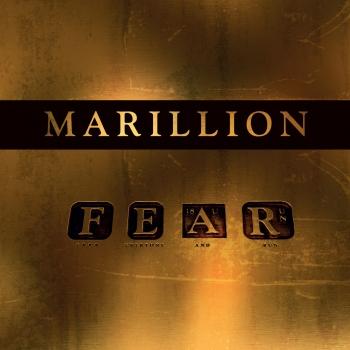 Marillio
You may not have heard of Marillion but either directly or indirectly, however, you have almost certainly felt the influence of one of the UK music scene’s best-kept secrets. Today, any musician, artist, writer, or budding entrepreneur can quickly set up a crowdfunding campaign using established specialist companies like PledgeMusic and Kickstarter. Of course, this wasn’t always the case and previously, artists in need of finance and exposure had little choice but to sign their rights away in often exploitative and one-sided business deals. It can be argued that every artist today owes Marillion a debt of gratitude because now there is another way forward.
As far back as the late 1990s, Marillion’s fans sponsored an entire US tour responding to an appeal posted on the fledgling Internet, donating $60,000. In 1997 the band responded creating its own website (the first rock ‘n’ roll website in the UK) and began what was to change the landscape of music. With the support of its passionate fans, Marillion bypassed the conventional music industry, took control of its future, and forged its own path, naming their album marillion.com, banishing the spectre of record company pressure and influence once and for all. Marillion launched its own record label, the aptly named Intact imprint. In so doing, the band freed itself up to produce some of the finest music of its career.
In 2001, Anoraknophobia saw Marillion take the groundbreaking step of asking fans to pre-order an album a full 12 months before release. Anyone doing so would receive a specially packaged CD, which would include their name in the “Thanks” list. An amazing 12,000 people signed up, helping not only to finance the recording, but also to create a budget to launch the album. In doing so, the band invented “Crowdfunding”. This was anything but a one-time event and the band has since funded a number of albums this way. The crowd-funded business model has since been embraced globally to finance music, film and art which otherwise might never have existed.
Marillion’s music is, by its nature, tough to sum-up but perhaps can be approximately described as musically-experimental-yet-emotional Rock, married to thought provoking, soulful lyrics - a powerful and moving cocktail which, for those who "get it", elicits extraordinary devotion. Its global fan base is impressive and hyper-engaged, with fans often travelling thousands of miles to attend live shows. Little wonder then, that the band was well-placed to harness this faith and trust to provide an alternative way of operating.
On September 17th 2012, Marillion released its 17th studio album, Sounds That Can't Be Made. During that same year, the band toured extensively in North America, South America, and Europe. After over thirty years, the band shows no signs of slowing down and new generations of young fans are discovering the music for themselves. And there’s plenty of it. With a catalogue of 17 albums behind them, having written music that draws on every genre Marillion can be considered Progressive not just musically, but in just about every sense.
The band is unique not only for what it has done, but how it has done it. Over the course of its career, Marillion has displayed little regard to the vagaries of the musical fashion police or mainstream radio but innovated the ways and means to stand apart from music-business pressure, media pressure and its attendant artistic compromises.
In 2015, Marillion returned to the studio to begin writing its 18th studio album, which is scheduled for release in 2016 with a world tour in the planning stages for 2016. Marillion have recently announced that they have joined forces with PledgeMusic for this release thereby endorsing PledgeMusic as the foremost platform within the Crowdfunding model.
The band has evolved into a vibrant and international musical force. To those who already love Marillion, the band is something special. To the uninitiated, it’s a potential love affair waiting to happen.