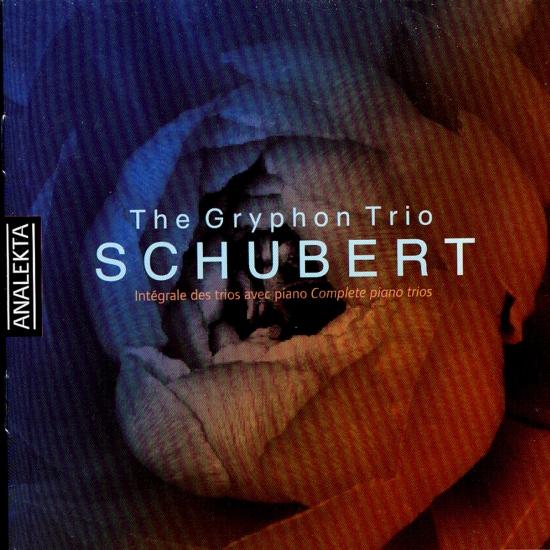 The Gryphon Trio presents the complete piano trios repertoire by Franz Schubert (1797-1828). With the exception of two one-movement pieces—a very early experimental work (D. 28) and a late “Notturno” (D. 897)—Schubert wrote only two complete trios for piano, violin and cello (D. 898 and D. 929); however, they quickly came to be considered pinnacles of the genre.
The "heavenly length" that Schumann ascribed to Schubert's Great C major Symphony could be applied to numerous other works in the latter's canon, both in temporal and qualitative terms. Schubert's sublime Octet runs more than an hour with all the repeats observed. His piano trios, Opp 99 and 100, aren't quite as expansive, yet they pack enough significant material into their respective four movements to make many symphonies of the period (and beyond) seem ill-nourished.
The Gryphon Trio's new recording of these repertoire staples confirms that Schubert had no reason to second-guess himself when it came to proportion. Both the effusively expressive B flat Trio, D898, Op 99, and hearty E flat Trio, D929,0p 100, unfold with all the inevitability the composer likely hoped to achieve. They contain some of Schubert's most stirring writing, their songful gestures rubbing shoulders with ideas of vigorous inspiration.
The key to success in the trios is lyricism, which the Gryphon musicians acknowledge to flowingly poetic effect. Even when Schubert is at his most playful, these artists maintain a sure sense of singing line, as well as interplay that is as natural as spontaneous conversation.
As played by violinist Annalee Patipatanakoon, cellist Roman Borys and pianist Jamie Parker, the radiance, serenity and vitality in these works come across with a keen blend of sweep and nuance. Balances, so difficult to accomplish in this instrumentation, are carefully set, and each player evidently knows his or her primary or secondary place in the evolving narratives.
Schubert lovers who are taken with his monumental piano trios will relish the single movements he composed early and late in his career for the same complement. The Gryphon players invest the invigorating movement in B flat, D28, and tranquil E flat trio movement entitled Notturno, D897, Op posth 148, with the same zest and affection they bring to the well known works. (Donald Rosenberg, Gramophone)
Gryphon Trio 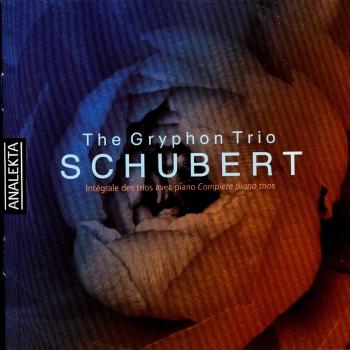 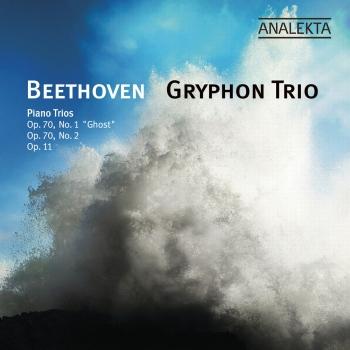 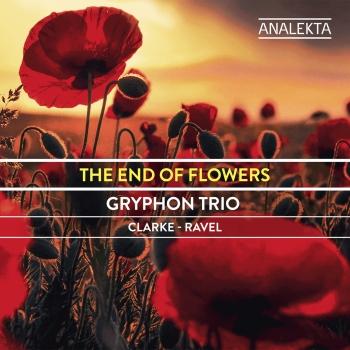 The End of Flowers: Clarke - Ravel 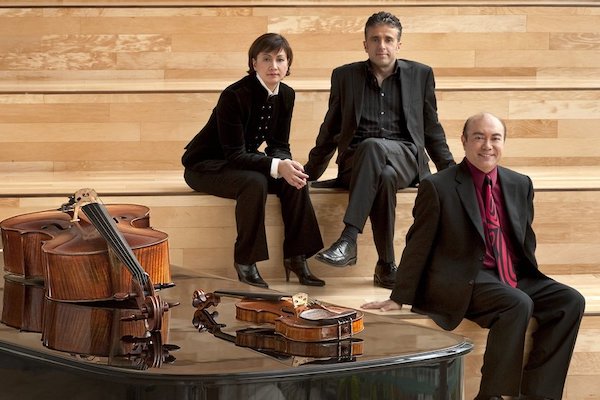 The Gryphon Trio
has firmly established itself as one of the world’s preeminent piano trios, garnering acclaim and impressing international audiences with its highly refined, dynamic and memorable performances. With a repertoire that ranges from traditional to contemporary and from European classicism to modern-day multimedia, the Gryphons are committed to redefining chamber music for the 21st century. The 2017 – 18 season marks the Gryphon Trio’s 25th anniversary.
Creative innovators with an appetite for discovery and new directions, the Gryphon Trio has commissioned over 75 new works, and frequently collaborates on projects that push the boundaries of chamber music. The trio tours regularly throughout North America and Europe, and their 19 recordings are an encyclopedia of works for the genre. Honours include two Juno Awards for Classical Album of the Year and the prestigious 2013 Walter Carsen Prize for Excellence in the Performing Arts from the Canada Council. Deeply committed to music education and audience development, the Gryphons conduct master classes and workshops at universities and conservatories, and are artists-in-residence at the University of Toronto’s Faculty of Music and Trinity College. Dr. Jamie Parker is the Rupert E. Edwards Chair in Piano Performance and Annalee Patipatanakoon is Associate Professor of Violin and Head of Strings at the University of Toronto’s Faculty of Music.
Since 2010, the Trio’s multi-faceted arts creation program Listen Up! Has engaged elementary school students, teachers and parents in 13 Canadian communities and provided them with the experience and knowledge required to participate actively in the arts. The Gryphon Trio has had a long association with Ottawa Chamberfest, one of the world’s largest chamber music festivals. Cellist Roman Borys is Artistic and Executive Director while Ms. Patipatanakoon and Dr. Parker serve as Artistic Advisors.