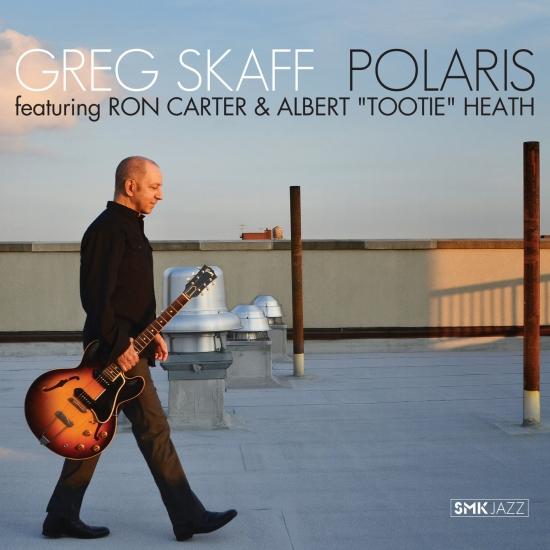 Guitarist Greg Skaff assembles a masterful trio with bassist Ron Carter and drummer Albert "Tootie" Health, two NEA Jazz Masters for this rewarding set. Well-known for his work with soul jazz legends and with groups based around the Hammond B-3 organ, this date is surprisingly Skaff's first recording in the past 30+ years leading a guitar trio alone without piano or organ. It's also special set for the legendary reunion of Carter and Heath who worked together with history making results in the early 60s on landmark recordings by pianist Bobby Timmons and by guitarist Wes Montgomery. But, they have collaborated only once since. Skaff takes full advantage of this moment delivering an album all three are immensely proud of.
Greg Skaff, guitar
Ron Carter, bass
Albert “Tootie” Heath, drums 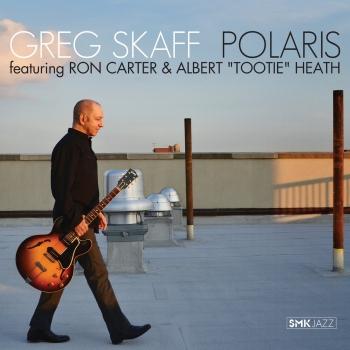 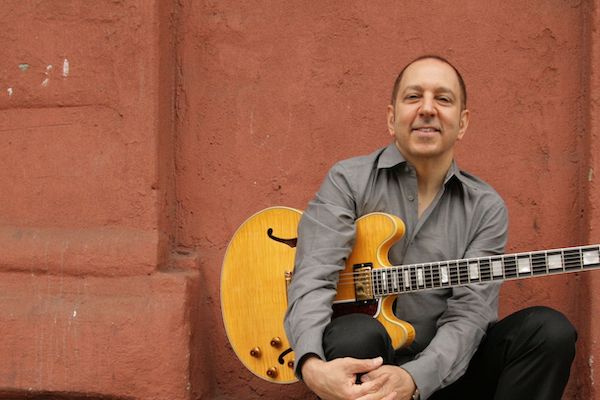 Greg Skaff
plumbs the depths of creative artistry and honest emotion in his guitar playing, showing himself to be among the leading proponents of jazz music anywhere. No exaggeration. The native Kansan, whose first professional job was a five-year stay in the band of saxophone giant Stanley Turrentine, has flourished as first-call sideman in New York City since the 1980s.
Hes played gigs and/or recorded with past masters Ruth Brown, Freddie Hubbard, and David Fathead Newman as well as notables Ben Allison, Bruce Barth, Pat Bianchi, George Colligan, Orin Evans, Joe Farnsworth, David Hazeltine, Mike LeDonne, Victor Lewis, Gloria Lynne, Ralph Peterson, Jr., Jim Rotondi, E. J. Strickland, Bobby Watson, Matt Wilson, and others.
Fronting his acclaimed trio, Greg has commanded the attention of discriminating listeners in club and festival performances throughout the country, including gigs at the Bar Next Door, the 55 Bar, and the Iridium in Manhattan, at the Artists Quarter in St. Paul, and at the Umbria Jazz Festival in Italy.
Gregs four feature albums have been well-received by jazz fans everywhere. The latest is 116th & Park, his fourth overall and third consecutive release on the high-profile ZOHO Music label. Gregs current working trio with B-3 specialist Pat Bianchi and drummer Ralph Peterson, Jr. is featured, and they display their considerable musical intelligence and empathy. Note: Greg used a nylon string guitar for the first time in the studio.
Back home in Wichita, Greg picked up the guitar at age 16 after becoming enthralled by George Bensons soul-jazz album Its Uptown. He went on to study music at Wichita State for three semesters, but his real passion was performing jazz, blues, and rock in local clubs. Attentive to Lonnie Smith, Jack McDuff and other soul-jazzmen passing through the Sunflower State, Greg realized that his dream of becoming a top-level jazz guitarist would best be served by relocating to the jazz worlds capital city, NYC.
Not long after moving to the Big Apple, Greg found work in the band of Stanley Turrentine aka Mr. T. As a worthy successor to George Benson, Kenny Burrell, and Grant Green in Turrentines band, he refined his skills and deepened his understanding of jazz over the course of hundreds of performances in North and South America and in Europe, Japan, and South Africa. Greg looks back on the experience and says, I didnt realize how much I was absorbing at the time. I gravitate toward Stanleys kind of phrasing, where he puts the notes in a beat, in the meter. His sound is ingrained in my brain.
Greg has enjoyed a longtime jazz affiliation with renowned saxophonist Bobby Watson. Its a lot looser than with Stanley, he commented, comparing now-deceased Turrentines modus operandi to Watsons. Ive had to listen to the music in a different way. I play differently in the ensemble; its much more open and I make up more guitar parts. British critics Richard Cook and Richard Morton, in their encyclopedic The Penguin Guide to Jazz on CD, noted that Gregs playing on the Watson album Quiet As Its Kept was both revelatory and elegantly done.
Not unexpectedly, Greg brought virtuosic spirit to his guitar lines when collaborating with skilled organ players and drummers. Ellington Boulevard (2004) had him in the company of Mike LeDonne (organ) and Joe Farnsworth (drums), while East Harlem Skyline (2009) found George Colligan behind the Hammond console and E. J. Strickland playing drums. Both earned strong notices. Critic Bill Milkowski was one of many impressed by the music, praising Greg for his rhythmic assuredness and his boppish tendency of blowing at breakneck tempos with apparent ease.
The artistic success of 116th & Park attests to his growth in both compositional and improvisational skills but also his faith in the organ-trio format as a contemporary means of expression. From the albums start to its finish some fifty minutes later, Greg makes a mighty impression with his steeped-in-the-blues individuality, his wealth of creative ideas, his radiant tone, and his unassailable integrity.
Critics have been quick to praise Greg, Pat, and Ralph for bringing the swinging, challenging music of the new album to ardent life in New Jersey and NYC studios. John Heidt at Vintage Guitar concluded his rave review: Skaff is one of the best of his class. In another strongly favorable critique, Jeff Potter of Modern Drummer noted, This trio keeps the ideas rolling. At Jazz Times, Scott Albin was just as pointed in his praise: This trios versatility, musicianship and great rapport make this CD another standout [in Gregs discography]. Blogcritics echoed, Together they are a talented creative force. Not least, the best satellite and terrestrial jazz radio stations have added albums tracks to play lists, eliciting positive reactions from their listeners..
Rendered with compassion and intelligence, 116th & Park continues Gregs hot streak as a leading jazz recording artist. Its still another thrilling, powerful artistic work that says something enduring about the organ-guitar-drums format.