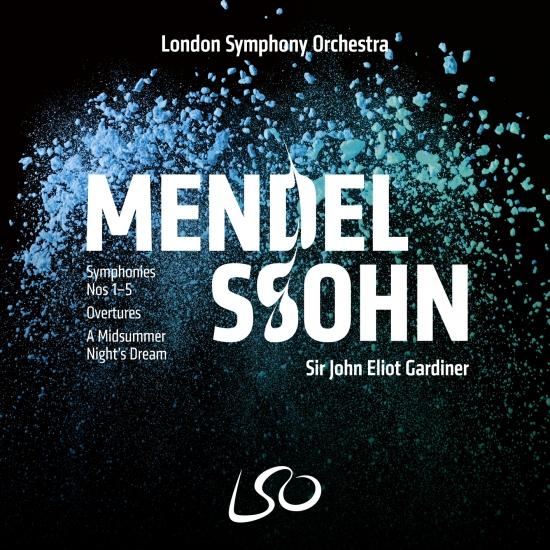 LSO Live presents Sir John Eliot Gardiner’s award-winning Mendelssohn series together in its entirety for the first time. Captured over three seasons during critically-acclaimed concerts in the Barbican Hall, this box set offers listeners the definitive account of Gardiner’s unique take on Mendelssohn with the London Symphony Orchestra: a blend between the conductor’s wide-ranging expertise and the Orchestra’s signature sound.
The set includes celebrated interpretations of the complete Mendelssohn symphonies, as well as three of the composer’s most popular overtures and Gardiner’s landmark version of A Midsummer Night’s Dream, all in 24bit high-resolution audio.
Reflecting on this exploration of the great German composer with the LSO, Gardiner said: ‘My admiration for Mendelssohn has gone up enormously as a result of this project... It’s so rewarding working with this group of players; they’re willing to go to the last nth degree, in terms of phrasing and articulation, and that’s a joy.’
"There is a convincing combination of sturdiness and sophistication in [Znaider’s] playing." (Classical Source)
"Znaider reaches the height of his artistry as both conductor and virtuoso violinist." (Radio Classique)
"These performances of Mozart’s fourth and fifth violin concertos are highly competitive, even in a crowded field." (Classical CD Choice)
Lucy Crowe, soprano
Michael Spyres, tenor
Jurgita Adamonyte, mezzo-soprano
Alexander Knox, narrator
Ceri-lyn Cissone, narrator
Frankie Wakefield, narrator
London Symphony Orchestra
Monteverdi Choir
Sir John Eliot Gardiner, conductor 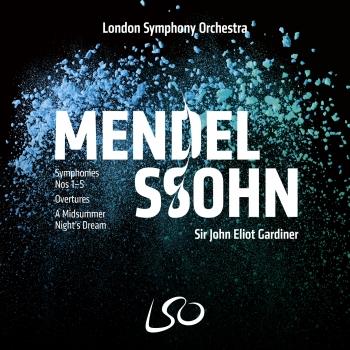 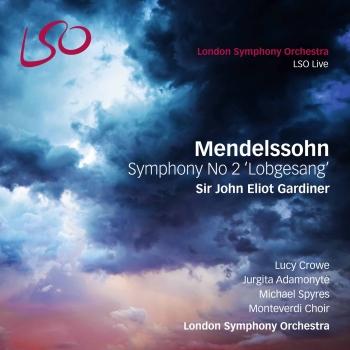 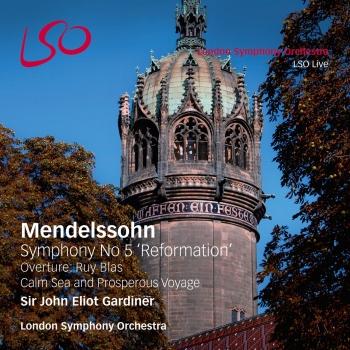 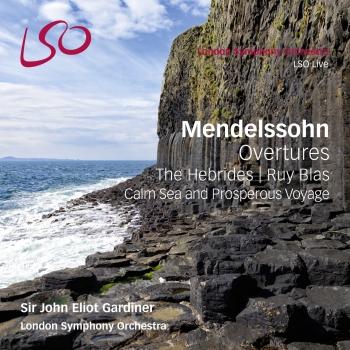 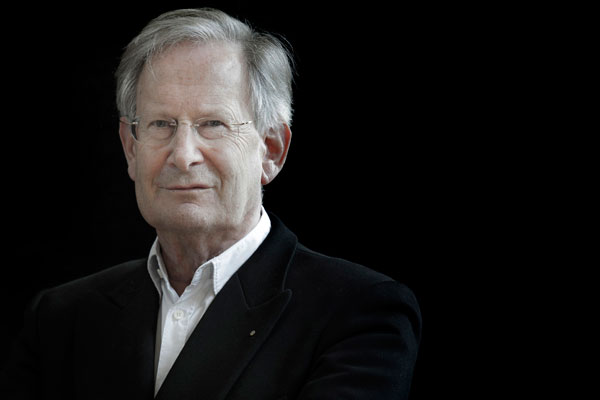 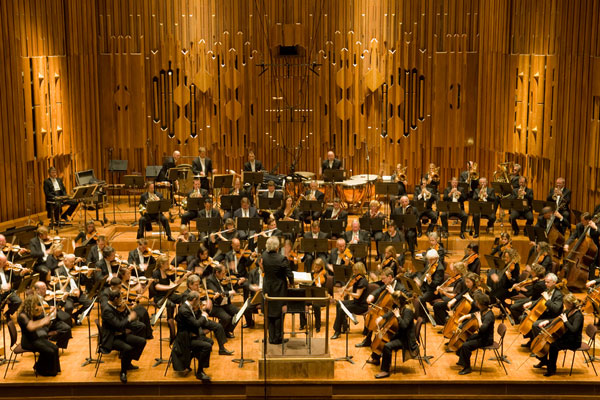 The London Symphony Orchestra
based at the Barbican in London and conducted by Principal Conductor Valery Gergiev and LSO President Sir Colin Davis, is widely regarded as one of the world’s leading orchestras, but there is much more to its work than performing 140 concerts a year. More than a hundred years after it was formed, the LSO still attracts excellent players from all over the world. The LSO’s commitment to music education through LSO Discovery, based at LSO St Luke’s, the UBS and LSO Music Education centre, reaches over 60,000 people annually and provides a unique mix of events for music lovers of every age and background. The Orchestra is resident at the Aix-en-Provence Festival, holds an annual residency at Lincoln Center, New York, and is international resident orchestra of La Salle Pleyel, Paris. LSO Live is currently the most successful label of its kind, making the orchestra available to global audiences.
Sir John Eliot Gardiner
Regarded as one of the world’s most innovative and dynamic musicians, who is constantly in the vanguard of enlightened interpretation, John Eliot Gardiner stands as a leader in today’s musical life. His work with the Monteverdi Choir, English Baroque Soloists (EBS) and Orchestre Révolutionnaire et Romantique (ORR), of which he is founder and artistic director, has marked him out as a key figure in the early music revival and a pioneer of historically-informed performances. As a regular guest of the world’s leading symphony orchestras, such as the London Symphony Orchestra (LSO), Symphonieorchester des Bayerischen Rundfunks, Royal Concertgebouw Orchestra and Gewandhausorchester Leipzig, Gardiner conducts repertoire from the 17th to the 20th century.
The extent of Gardiner’s repertoire is illustrated in over 250 award-winning recordings on major labels (including Deutsche Grammophon, Decca, Philips and Erato); in addition to works by Renaissance and Baroque composers, Gardiner’s discography includes Mozart, Schumann, Berlioz, Elgar and Kurt Weill. In 2013 Deutsche Grammophon released a special 30-CD collection to celebrate John Eliot Gardiner's 70th birthday.
Since 2005 his recordings have appeared on the Monteverdi ensembles’ independent label, Soli Deo Gloria (SDG), established to release the series of live recordings made during Gardiner’s Bach Cantata Pilgrimage in 2000, for which he received Gramophone’s 2011 Special Achievement Award. SDG’s catalogue has expanded to include recordings of other Bach masterpieces, a Brahms symphony cycle, and a cappella recordings with the Monteverdi Choir. With the ORR, Gardiner has released recordings of Beethoven’s Symphonies Nos.2 & 7 (2012) and Missa Solemnis (2013), live from their sell-out tour of Europe and the USA. John Eliot Gardiner has received more Gramophone Awards than any other living artist, most recently in 2013 for his recording of Bach Motets with the Monteverdi Choir, which also won a Diapason d’or de l’année 2012. His many accolades for his recordings include two GRAMMY Awards.
John Eliot Gardiner has conducted opera productions at the Royal Opera House, Covent Garden, at the Vienna State Opera and at Teatro alla Scala, Milan. From 1983 to 1988 he was artistic director of Opéra de Lyon, where he founded its new orchestra. Following the success in 2008 of Verdi Simon Boccanegra at the Royal Opera House, Covent Garden, he returned there to conduct Verdi Rigoletto in 2012, and Mozart Le nozze di Figaro in 2013, celebrating 40 years since his debut at Covent Garden in 1973. In autumn 2015, he returns to conduct Gluck Orphée et Eurydice, with the Monteverdi Choir and EBS, co-directed by Hofesh Schechter and John Fulljames.
Gardiner has a close relationship with the LSO, with which he continues his ongoing Mendelssohn cycle in 2015/16. Recorded for LSO Live, the most recent release is Mendelssohn’s Symphony No.5 with the Calm Sea and Prosperous Voyage and Ruy Blas overtures. Upcoming guest-conducting highlights include his return to the Symphonieorchester des Bayerischen Rundfunks for a programme of Berlioz and Schubert.
At the 2014 BBC Proms, Gardiner’s performance of Beethoven Missa Solemnis with his ORR, celebrating its 25th anniversary, and Monteverdi Choir, celebrating its 50th, was picked as the “best classical music moment of 2014” in The Telegraph. He returns in 2015 for two concerts at the BBC Proms: Monteverdi L’Orfeo with the Monteverdi Choir and EBS; and a programme of Beethoven and Berlioz with the ORR. This year he also returns to the Edinburgh International Festival to conduct a programme of Berlioz with the ORR and the National Youth Choir of Scotland.
An authority on the music of J.S. Bach, John Eliot Gardiner’s book, Music in the Castle of Heaven: A Portrait of Johann Sebastian Bach, was published in October 2013 by Allen Lane and was a finalist in the National Book Critics Awards. In 2014 Gardiner became the first ever President of the Bach Archive in Leipzig. He became the inaugural Christoph Wolff Distinguished Visiting Scholar at Harvard University in 2014/15.
Among numerous awards in recognition of his work, John Eliot Gardiner holds honorary doctorates from the New England Conservatory of Music and from the universities of Lyon, of Cremona and of St Andrews; he is an Honorary Fellow of King’s College, London, and of King’s College, Cambridge, where he himself studied, as well as an Honorary Member of the Royal Academy of Music. In 2008 he received the prestigious Royal Academy of Music Bach Prize. Gardiner was made Chevalier de la Légion d'honneur in 2011 and was given the Order of Merit of the Federal Republic of Germany in 2005. In the UK, he was made a Commander of the British Empire in 1990 and awarded a knighthood for his services to music in the 1998 Queen’s Birthday Honours List.