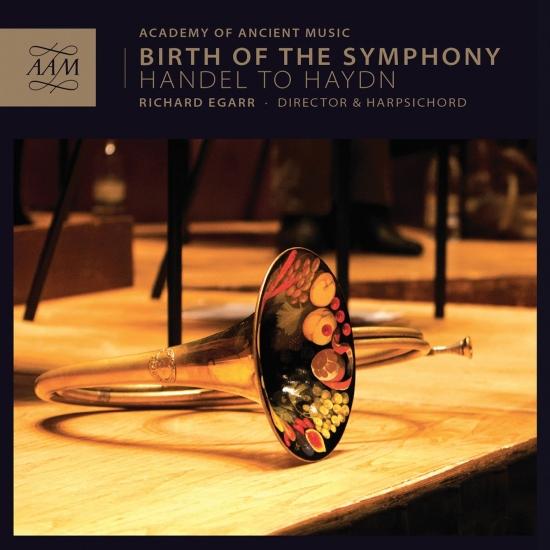 Info zu Birth of the Symphony Handel to Haydn

The 18th century saw an outpouring of symphonies, with over 10,000 composed worldwide from Sicily to North Carolina. The first release on the AAM’s own label surveys some of the diverse works which were central to the development of the genre, pioneering new sounds and bringing instrumental music to the forefront of European culture.
Handel’s Sinfonia from Saul is a stunning example of the multi-movement oratorio introduction which supplied models for the early symphony’s scoring. Works from the cutting-edge Mannheim orchestra by Stamitz and Richter showcase the new sonic possibilities of the form, whilst in his first attempt at a symphony the young Mozart explores his “dramatic and emotional limits” (Richard Egarr). Haydn’s 'La passione' demonstrates the mature classical symphony at its finest.
“The AAM's performances gave virtually unalloyed pleasure. Animated by Richard Egarr's harpsichord, their style is bold and fiery, though there is ample tenderness in the slow sections of the Saul sinfonia... With added horns and oboes they relish the youthful swagger of the Mozart and realise all the baleful intensity of 'La Passione'... certainly one of the most powerful and disturbing performances on disc.” (Gramophone)
'The stand-out work on the recording is without doubt Haydn's F minor Symphony No.49 'La passione'... Egarr and the AAM play this dark masterpiece with both subtlety and drama... This is a masterly account: crisply articulated, with transparency of texture and really clear, confident wind playing... This is classical symphony playing of the highest order.” (International Record Review)
Academy of Ancient Music
Richard Egarr, director and harpsichord 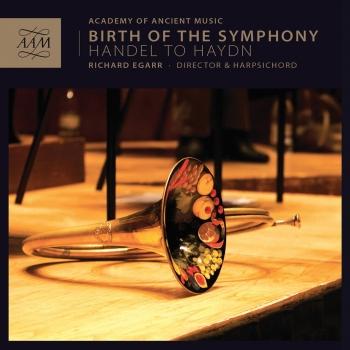 Birth of the Symphony Handel to Haydn 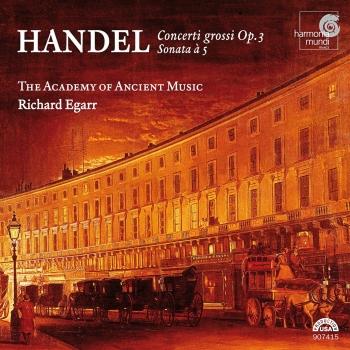 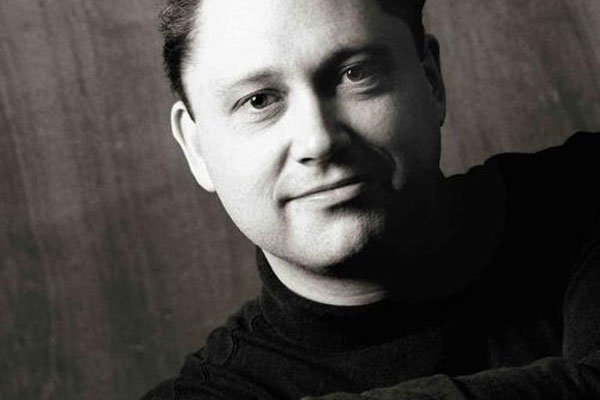 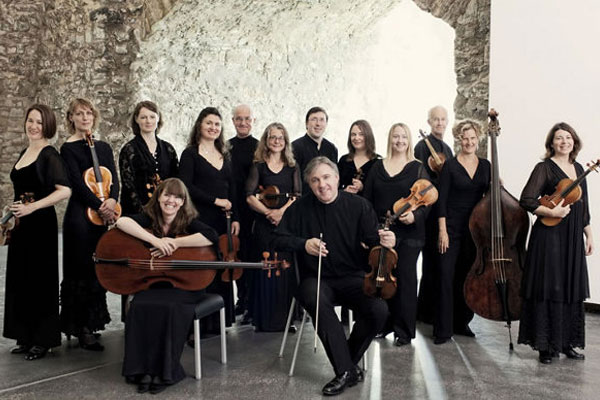 Richard Egarr
brings a joyful sense of adventure and a keen, enquiring mind to all his music-making. He is equally happy conducting, directing from the keyboard or playing concerti (on organ, harpsichord, fortepiano or modern piano), giving solo recitals, playing chamber-music, and indeed talking about music at every opportunity.
Music Director of the Academy of Ancient Music since 2006, Egarr has further renewed his contract to 2017. AAM began a new relationship in September 2012 as Associate Ensemble at the Barbican Centre, where plans include a cycle of Monteverdi operas. Early in his tenure Egarr established the Choir of the AAM, and operas/oratorios lie at the heart of his repertoire; in 2010 he conducted Mozart’s opera La Finta Giardiniera in concert at the Barbican Centre and the Theatre des Champs-Elysees. He made his Glyndebourne debut in 2007 conducting a staged version of The Matthew Passion. Egarr is a lasting inspiration to young musicians, maintaining regular relationships at the Amsterdam Conservatoire, Britten Pears Foundation, and the Netherlands Opera Academy (La Clemenza di Tito, Le Nozze di Figaro and Rossini’s Il Signor Bruschino) and is a Visiting Artist at the Juilliard School in New York.
Egarr was recently announced Principal Guest Conductor of the Residentie Orchestra in The Hague, having regularly guest-conducted the orchestra in recent years. Starting in September 2013 he will conduct three projects each season, with a brief to further explore eighteenth- and nineteenth-century performance practices, launching with a performance of Haydn’s Creation in December 2013.
Egarr has a flourishing career as a guest conductor with orchestras ranging from Boston’s Handel and Haydn Society where he is an annual guest, to the London Symphony, Royal Concertgebouw and Philadelphia orchestras. In 2011 he was appointed Associate Artist of the Scottish Chamber Orchestra in recognition of his growing relationship with the ensemble.
He continues to play recitals across the world, returning to the Wigmore Hall in January 2014 for a solo harpsichord recital, and in January 2013 played the Bach English Suites in London and Cambridge to coincide with his latest Harmonia Mundi release. Notable amongst an impressive discography are the Goldberg Variations and Well-Tempered Clavier, Mozart fantasias and rondos, and the complete harpsichord works of Louis Couperin, also many award-winning duo recordings with Andrew Manze. His growing list of recordings directing the Academy of Ancient Music includes seven Handel discs (2007 Gramophone Award, 2009 MIDEM and Edison awards), the complete Brandenburg Concerti, and Birth of the Symphony - Handel to Haydn, the first recording released on the AAM’s own label in September 2013.
Egarr trained as a choirboy at York Minster, at Chetham’s School of Music in Manchester, and as organ scholar at Clare College Cambridge. His studies with Gustav and Marie Leonhardt further inspired his work in the field of historical performance.
Academy of Ancient Music
Recently praised by The Financial Times for “transmitting the kick of an energy drink”, the Academy of Ancient Music has been giving global performances of baroque and classical music for 40 years.
Under Music Director Richard Egarr, the AAM maintains the pioneering spirit and artistic excellence which has characterised the orchestra since its early days. In 2012 alone it performed at the Thames Diamond Jubilee Pageant, made a world-premiere recording, had a performance named as one of the top 10 of the year by The Guardian and became Associate Ensemble at the Barbican.
Founded in the 1970s by Christopher Hogwood, the orchestra was at the cutting edge of a musical revolution. Inspired by performing on period instruments and rediscovering original sound worlds, the AAM combines world-class artistry with the latest scholarship.
This 2013-14 season marks the AAM’s 40th anniversary, showcasing the full range of the orchestra’s music making from the dawn of the baroque to the Romantic era. As well as performances in London and Cambridge, touring plans include concerts throughout Europe and Australia.
The AAM is Associate Ensemble at the Barbican in London and Orchestra-in-Residence at the University of Cambridge. Find out more at aam.co.uk.

Booklet für Birth of the Symphony Handel to Haydn