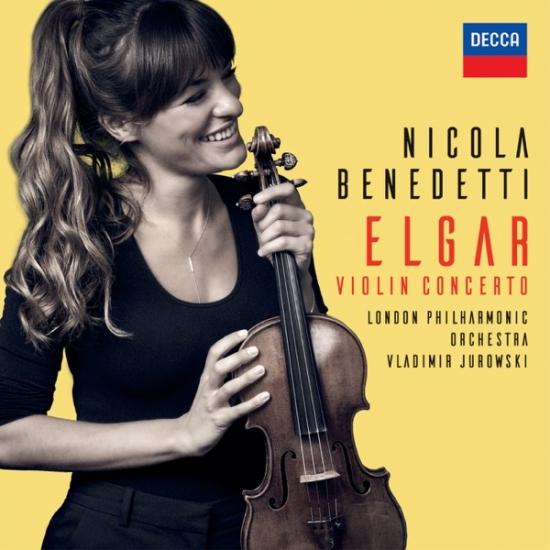 Ayrshire’s Nicola Benedetti’s new album, exploring music by Britain’s best loved composer, Edward Elgar.
The centrepiece of the album from the Grammy-award-winning violinist is his vast Violin Concerto in B minor, Op. 61 – considered one of the most technically demanding violin concertos and a marathon for the soloist at just under an hour in length – coupled with three short works for violin and piano: Salut d’Amour, Sospiri and Chanson de Nuit.
Elgar’s Violin Concerto is considered to be one of the most technically demanding violin concertos and is a marathon for the soloist at just under an hour in length. Premiered in 1910 by Fritz Kreizler, this concerto has a profound effect on those that give it the time it deserves. Benedetti performs the Violin Concerto with the London Philharmonic Orchestra conducted by Vladimir Jurowski.
Pianist Petr Limonov joins Benedetti for three short works for violin and piano. The heartfelt adagio Sospiri was written in the lead up to WWI and was originally intended as a companion piece to Salut d’Amour (Elgar’s first published work in 1888) but what emerged was a more intense piece. Both works were originally written for string orchestra but are performed here in the composer’s own arrangements for violin and piano alongside the charming Chanson de Nuit.
Commenting on the new Elgar album Nicola Benedetti says, ‘The depth of love and fascination I have for this man and his music has made this entire process a dream. He was so out of the ordinary, from his nontraditional training to his understanding of people to his style of expression in music - there is only one Edward Elgar, and I am deeply grateful to have had the opportunity to record so much of his music.’
Nicola Benedetti commented, “During these unprecedented times, the re-creation of community and collectivity is urgently needed and there is no better way than through the arts and music. As part of our ‘With Nicky’ series I am so excited to teach this beautiful piece via social media channels and hope that many, many young violinists will join me to explore it further together and then give a mass virtual performance. I can’t wait!”
Nicola Benedetti, violin
London Philharmonic Orchestra
Vladimir Jurowski, conductor 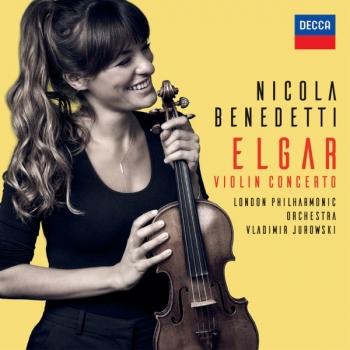 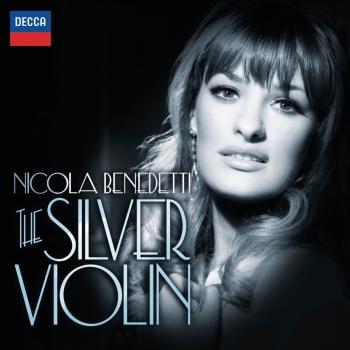 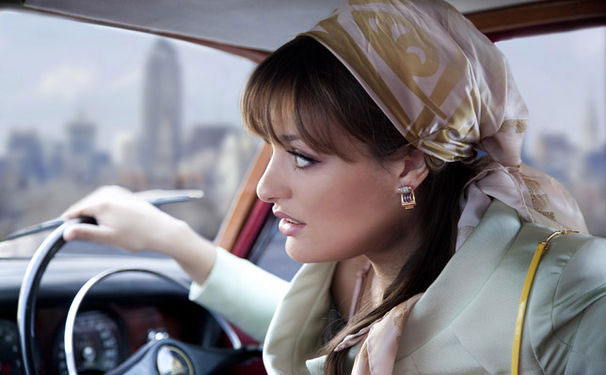 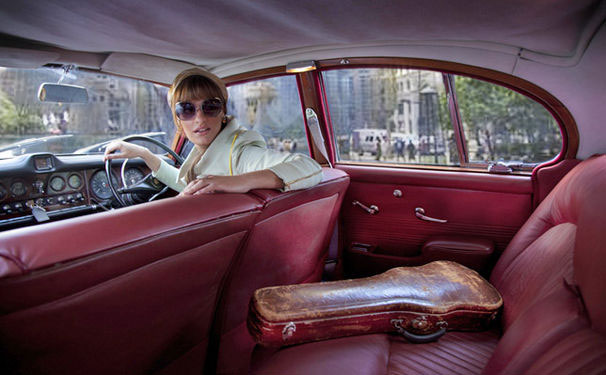 Nicola Benedetti
Hilary Finch wrote in The Times, “it was thrilling to hear and watch Nicola Benedetti in a truly risk-taking performance that lived so much in the body and fused the sinews of the violin and the nerve-system of the player.” This sums up Nicola’s ability to communicate and enthrall audiences with dynamic and energy-filled performances. And whilst she is a highly sought performer on the world platform, Nicola is also fiercely dedicated to music education. Through her work with such organisations as Sistema Scotland, she has helped to demonstrate the power that music can have in transforming the lives of young people.
Highlights of Nicola’s 2011/12 season include her debut with the London Symphony Orchestra at the Enescu Festival in Bucharest and with the Netherlands Radio Philharmonic, San Francisco Symphony, Zurich Chamber, Cincinnati Symphony, Detroit Symphony and Hallé orchestras. She will also perform Brahms’ Double Concerto for Violin and Cello with Leonard Elschenbroich and the London Philharmonic Orchestra under the baton of Christoph Eschenbach and has recently participated in a highly publicized New York Philharmonic performance in Central Park with Alan Gilbert conducting. Later in the season, Nicola will also perform a series of four recitals at LSO St. Luke’s in London for the BBC, as well as give recitals at the Wigmore Hall, in Baden Baden and in Wiesbaden. She will make her Concertgebouw debut with the Mantova Chamber Orchestra and will perform multiple times with the Stuttgart Philharmonic Orchestra, Scottish Chamber Orchestra, and on a multi-city tour of the UK with the Royal Philharmonic Orchestra. She also embarks on a tour of South America that takes her to major concert halls in cities such as Buenos Aires (Teatro Colon), Rio de Janeiro, Montevideo and Lima.
In recent seasons, Nicola has previously performed multiple times with the Philharmonia, Royal Scottish National, Royal Philharmonic Orchestra, BBC Scottish Symphony and Czech Philharmonic Orchestras as well as the Royal Liverpool Philharmonic and City of Birmingham Symphony orchestras. She has also worked with the Deutsche Symphony Orchestra in Berlin, Tonhalle Orchestra in Zurich, Bournemouth Symphony, Orchestre Philharmonique de Montpellier, Russian National Orchestra, Het Brabants Orkest, KBS Symphony and Japan Philharmonic as well as the Dallas, Chicago, Pittsburgh, San Francisco, Indianapolis, Toronto and Vancouver symphony orchestras and the National Arts Centre Orchestra in Ottawa. Nicola’s busy schedule has seen her work with conductors such as Vladimir Ashkenazy, Jakub Hrusa, Louis Langree, Alan Gilbert, Stéphane Denève, Andrew Litton, Sir Neville Marriner, Kristjan Jarvi, Paavo Jarvi, Mikhail Pletnev, Donald Runnicles, Yan Pascal Tortelier, Mario Venzago, Diego Matheuz, Pinchas Zukerman and Jaap van Zweden.
Nicola made her debut at the Proms in 2010, and has performed at the Tivoli Festival in Copenhagen and the Echternach Festival in Luxembourg and was a featured artist at the Istanbul Festival in 2011. She has given recitals in London, Edinburgh, Glasgow, Hong Kong, Paris, Sacile, New York, Boston and Washington D.C. In July 2011, Nicola made her South American debut with the Simon Bolivar Symphony Orchestra of Venezuela, Diego Matheuz conducting, and during her week-long visit, she taught numerous masterclasses with the revolutionary El Sistema program.
Nicola performs in chamber music concerts with her regular trio, both in the UK and further afield. Along with cellist Leonard Elschenbroich and pianist Alexei Grynyuk, she has performed at the Ravinia Festival, LSO St Luke’s, Istanbul Festival, Schloss Elmau, and West Cork Chamber Music Festival. Nicola has also played chamber music at the Verbier Festival, the Moritzburg Festival, the Tuscan Sun Festival in Cortona with Jean Yves Thibaudet, at Lockenhaus and at Prussia Cove.
Throughout her career, Nicola’s desire to perform a broad variety of repertoire and reach a wide audience has shown her to be one of Britain’s most innovative and creative young violinists. Nicola’s choice of the Szymanowski Violin Concerto for the BBC Young Musician of the Year in 2004 was just the beginning of her focus on less-often programmed repertoire. She has recorded newly commissioned works by John Tavener and James Macmillan, worked on jazz-influenced repertoire with Wynton Marsalis and others, and explored authentic baroque performance, her studies of which have culminated in the release of her first recording on the Decca Classics label in 2011/2012; a disc of baroque violin masterpieces by Vivaldi, Tartini and Veracini entitled ‘Italia’.
Nicola is also widely respected for her commitment to working with young people. Since 2005, she has visited schools throughout the United Kingdom in conjunction with the CLIC Sargent Practice-a-thon, in which she encourages pupils of all ages to pick up their instruments and enjoy classical music. In 2010, she became involved in El Sistema Scotland’s Big Noise project, a music initiative partnered with Venezuela’s El Sistema (Fundación Musical Simón Bolívar). As a Board Member and the program’s official musical “Big Sister”, Nicola makes regular visits to Raploch, Scotland to conduct master classes and work closely with the children.
Winner of the Classical BRIT Award for Young British Classic Performer in 2008, Nicola has previously released five CDs with Universal/Deutsche Grammophon, the most recent featuring Tchaikovsky and Bruch concerti with the Czech Philharmonic Orchestra and Jakub Hrusa. Nicola’s debut album included Szymanowski, Saint-Saëns, Massenet and Brahms with the London Symphony Orchestra, followed by a second release featuring works by Mendelssohn, Mozart, Schubert and Macmillan with the Academy of St. Martin in the Fields. Nicola’s third album was comprised of newly commissioned works by Tavener and Vaughan Williams’ The Lark Ascending with the London Philharmonic Orchestra and the fourth featured works by Sarasate, Fauré, Rachmaninov, Pärt and Ravel.
Born in Scotland of Italian heritage, Nicola began violin lessons at the age of five. In 1997, she entered the Yehudi Menuhin School, where she studied with Natasha Boyarskaya. After leaving the Yehudi Menuhin School, she continued her studies with Maciej Rakowski and then Pavel Vernikov, and continues to work with multiple acclaimed teachers and performers.
Nicola plays the Gariel Stradivarius (1717), courtesy of Jonathan Moulds.