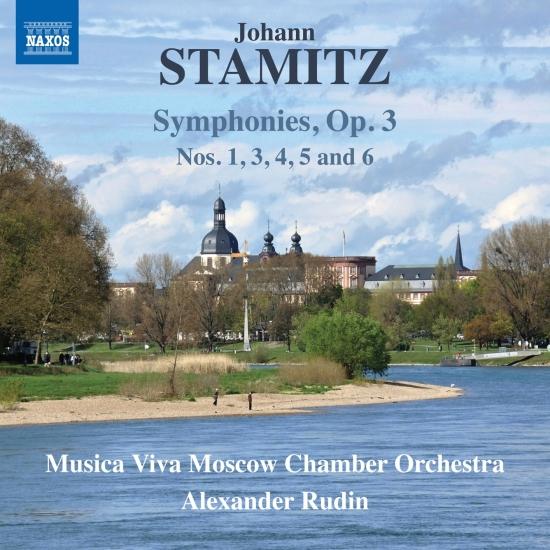 Blessed with a gift for musical invention and structural organisation, Johann Stamitz was one of the pioneering figures in symphonic music before the emergence of Haydn. He drove the development of symphonic form via the assimilation of the new operatic overture style resulting in works of brilliance and skilful orchestration. His Op. 3 symphonies, though not composed as a set, showcase why Stamitz was held in such high regard and was so influential: outer movements fizz with energy, and contain virtuosic string writing with frequent dynamic contrasts, while slow movements are intricate and refined.
Musica Viva Moscow Chamber Orchestra
Alexander Rudin, conductor 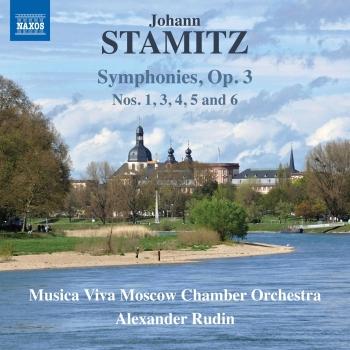 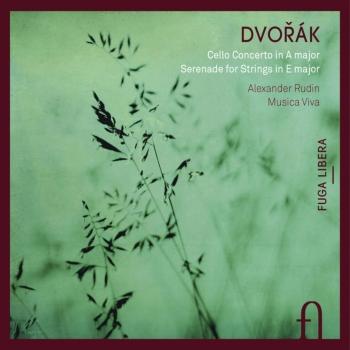 Dvoøák: Cello Concerto in A Major & Serenade for Strings in E Major 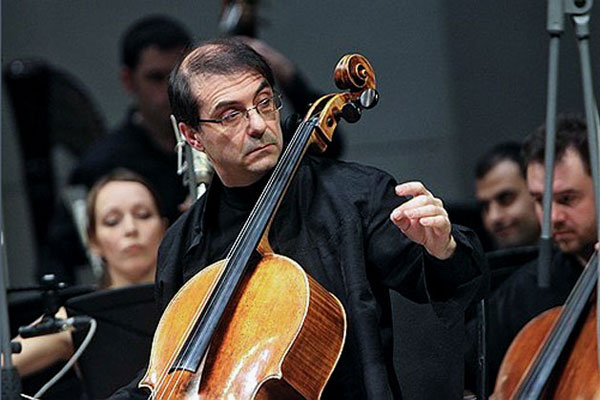 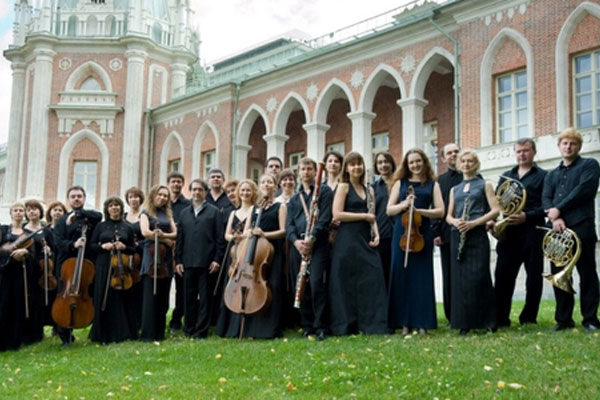 Alexander Rudin
People’s Artist of Russia, winner of the State Prize of Russia and Prize of the Mayor of Moscow, President of the ‘Musical Assemblies’ charitable foundation, is professor of the chamber ensemble class at the Moscow Conserva- tory. He also gives masterclasses all over the world. Alexander Rudin graduated in cello (class of Lev Evgrafov) and piano (class of Yury Ponizovkin) from the Gnessin Music Academy of Moscow in 1983. He went on to study conducting with Dmitry Kitaenko at the Moscow Conservatory, from which he received his diploma in 1989. While still a student he won the highly prestigious Leipzig International Bach Com- petition in 1976; this award was followed by further successes at the Gaspar Cas- sadó International Competition (Florence, 1979) and the Tchaikovsky Competition (Moscow, 1978 and 1982), which securely launched his international artistic career.
Today Alexander Rudin is one of the leading Russian musicians. He appears with the world’s major orchestras and at the most prestigious festivals. He has made more than thirty recordings as a cellist and with his orchestra Musica Viva, of which he became director in 1988. Under his leadership, Musica Viva has given the first Mos- cow performances of many works by the sons of Bach, Salieri, Dussek, Ditters von Dittersdorf, Kozlovsky, Pashkevich, and Alyabyev, but also Golovin, Silvestrov, Artyo- mov, Denisov, and other modern composers. His interest in authentic performing practice has not led him to neglect modern instruments: Alexander Rudin has gradu- ally established a perfect balance combining modern instruments and the viola da gamba, traditional interpretations and new practices using period instruments.
Musica Viva Chamber Orchestra
is one of Moscow’s favorite orchestral ensembles, attracting listeners thanks to the special atmosphere of its concerts and its sophisticated programs. In its interpretations, whether of well-known masterpieces or musical rarities, Musica Viva strives to return to the original concept of the music, which is often difficult to distinguish under the thick layers of interpretive tradition. In doing so, it brings to music lovers interpretations that are strikingly new and fresh. This approach is what has caused the ensemble to give the name “Masterpieces and Premieres” to one of its most important long-term artistic projects.
For more than two decades, the orchestra has been led by Alexander Rudin, a versatile musician of international renown and Professor of the Moscow Conservatory. Rudin has exerted enormous influence on the artistic character of Musica Viva through his love of rarely played music, his mastery of many styles of interpretation and his superb taste in the choice of programs and guest artists. One direction he has taken, and a priority for the orchestra, is that of presenting great composers in their historical milieu.
Music Viva strives to master the historical stylistic demands of music of different eras – baroque, early classical, romantic and contemporary. In addition, it has devoted special attention to the programming of seldom-heard works by Russian composers such as Osip Kozlovsky, Mikhail Viyelgorsky, Stepan Degtyarev, Alexander Alyabyev and Mikhail Glinka.
Over past seasons, the orchestra has successfully participated in operas and oratorios together with outstanding foreign singers and conductors. As part of the Musica Viva’s Moscow Philharmonic Society subscription series Masterpieces and Premieres, Maestro Rudin has led the orchestra in the Russian premiere of Antonio Vivaldi’s oratorio Juditha triumphans, very rarely heard masses of Joseph Haydn, as well as his oratorios The Creation and The Seasons, Wolfgang Amadeus Mozart’s opera Idomeneo and the Requiems of Mozart and Robert Schumann. Together with British conductor Christopher Moulds, the orchestra has also achieved notable success in presenting the Russian premieres of George Frideric Handel’s operas Orlando and Ariodante.
Musica Viva’s annual festival Dedication, which was held for more than 10 years at the State Tretyakov Gallery, moved in 2011 to the Palace on the Yauza and the Armory of the Moscow Kremlin. In the spring of 2012, the orchestra undertook a new project titled Evenings with Alexander Rudin and in 2011 initiated a new Moscow Philharmonic Society subscription series called Silver Classics in the concert hall of the Gnessin Academy of Music.
The brilliant international reputation of Musica Viva has brought with it collaboration with some of the world’s leading musicians, such as German flautist Andras Adorian and opera prima donnas Joyce DiDonato, Annik Massis and Vivica Genaux. At the beginning of last season, the orchestra played for the first time under the baton of the highly talented maestro Vladimir Jurowski, chief conductor of the London Philharmonic Orchestra. Still another star conductor, the eminent British master of historically correct interpretation Sir Roger Norrington, has appeared as guest with the orchestra on three occasions. Maestro Norrington is scheduled to lead Musica Viva again in October 2012.
Musica Viva regularly collaborates with such world-renowned musicians as pianists Eliso Virsaladze, Denis Matsuev, Boris Berezovsky and Alexei Lyubimov, violinists Sergei Stadler and Isabelle Faust and cellist Nataliya Gutman. It also takes part in international music festivals and often appears abroad in Germany, France, The Netherlands, Italy, Spain, the Czech Republic, Latvia, Slovenia, India, Turkey, Finland, Taiwan and other countries and annually tours to various cities of Russia. A particularly important event for the orchestra was its participation in 2012 in the French festival La Folle Journee, which took it to Nantes, in France, and Bilbao, in Spain, and to various cities in Japan.
The orchestra has recorded more than 20 CDs for labels such as Russian Season (Russia - France), Olympia and Hyperion (Great Britain), Tudor (Switzerland) and Melodiya (Russia). The orchestra’s latest recordings have been of works by Alyabyev, Beethoven and Glinka for the Belgian label Fuga Libera.