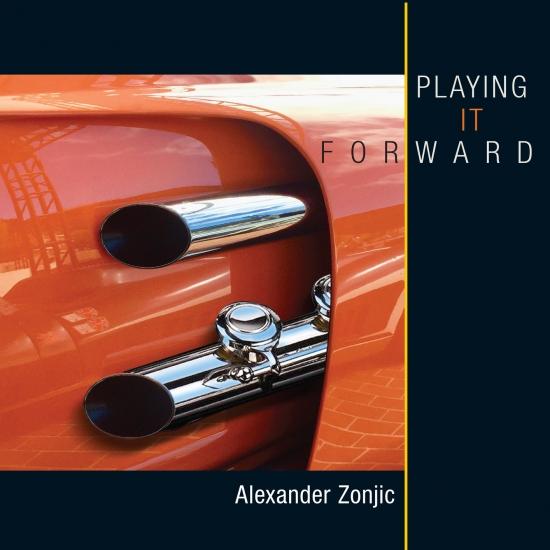 Serving as the artistic director for nearly a dozen music festivals and concert series throughout Michigan ordinarily keeps contemporary jazz flutist Alexander Zonjic super busy from March through September in addition to maintaining his own active performance schedule. But with most of the events shelved this year due to coronavirus concerns, Zonjic was able to find time to finish his first album in more than ten years. “Playing It Forward,” his 13th album, will be released October 9 on his company’s Hi-Falutin Music label. GRAMMY-winning keyboardist Jeff Lorber produced the set with the exception of the first single, “Motor City Sway,” a throwback R&B groove inspired by Zonjic’s adopted home of Detroit, which was written and produced by Pieces of a Dream’s keyboardist James Lloyd. The single has been one of the most added songs on Billboard BDS chart two weeks in a row.
With a rich and varied range of contemporary jazz tracks featuring a diverse blend of musicians and producers from all over the country, Playing It Forward merges soulful expressions and technical artistry with tracks crafted by GRAMMY award-winning artist Jeff Lorber, including contributions from Chuck Loeb, James Lloyd, Paul Jackson Jr., Michael Thompson, Evan Garr, and Justin Schultz.
Alexander Zonjic, flute and flute arrangement
Jeff Lorber, keyboards, synth bass, guitar
Chuck Loeb, guitar
Gary Nowak, drums
David Mann, horn arrangements and performance
Michael Thompson, guitar
Evan Garr, violin
Paul Jackson Jr., guitar
James Keith Lloyd, keyboards and programming
Justin Lee Schultz, keyboards and synth solo
Randall Bowland, guitar
God Gospel Choir
Larry Callahan, direction 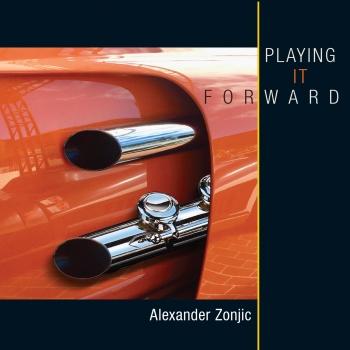 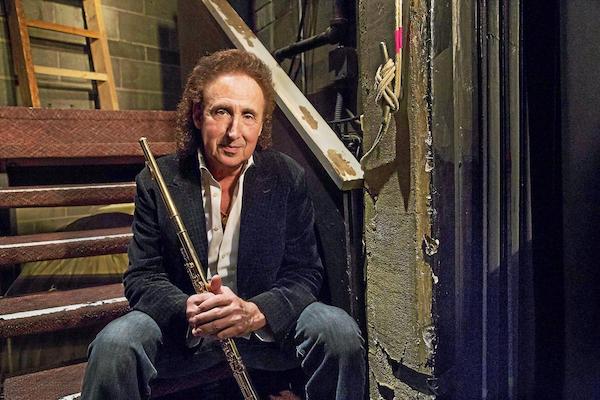 Alexander Zonjic
Zonjic’s musical life is proof that one’s true destiny isn’t always revealed the minute a youngster picks up his first instrument. Growing up in Windsor, Ontario and excited by all the music of the British invasion, he launched his guitar dreams at age nine and was playing lead guitar in an R&B band in high school. The story goes that at age 21, when Zonjic was home on hiatus from a rock tour, a stranger on the street who had seen him play guitar offered him a flute ? most likely stolen ? for 50 dollars. Zonjic got it for nine. “I liked how it looked in the case,” Zonjic recalls. “I saw mastering it as a challenge and found an immediate passion and all-encompassing desire to play it. I had the nerve to audition with it for the new University of Windsor music program and got in on a probationary basis. That’s where I started my classical training.”
University instructors soon recognized Zonjic as a gifted student and recruited the second flutist of the Detroit Symphony Orchestra as a teacher for their promising scholar. Upon graduation, Zonjic continued his studies under the tutelage of Ervin Monroe, principle flutist of the Detroit Symphony Orchestra. During these years, Zonjic attended school during the day, worked as a rock guitarist by night and even found time to teach others how to play the flute. Over the years, Zonjic has performed with orchestras nationwide, including The Detroit Symphony Orchestra, The Windsor Symphony Orchestra, The Florida Symphony Orchestra and many others. His classical career includes collaborating on three projects with Monroe: The Classical Album (1981), The Christmas-themed Pipers Holiday (1995) and Night (1997).
On the jazz side, while playing at Baker’s Keyboard Lounge in Detroit, Zonjic met Bob James, who was so impressed that he asked the young flutist to join his band. The collaboration began a decade’s worth of international touring in the ‘80s, later leading to two recordings in the ‘90s. His Warner Brothers debut, Neon (1990), featured James, and Earl Klugh and was produced by Kirk Whalum. Zonjic’s 1993 followup, Passion, which featured vocalist Angela Bofill, was an investigation of several musical periods and styles. Zonjic actually began recording in 1978 with an eclectic, self-funded, self-titled project that featured everything from Beatles tunes to jazz standards. Other recordings in his catalog include Elegant Evening (1982), Romance with You (1984), and When Is It Real (1987).
Zonjic joined Heads Up International, a division of Concord Music Group, with the 2001 release of Reach for the Sky, a mix of pop songs and original material that explored the various musical influences in his life at that time – including collaborations with Kirk Whalum and Jeff Lorber.
Zonjic reunited with these two old friends – and many others – on Seldom Blues, his 2004 release on Heads Up. Other guests and collaborators include Bob James, Angela Bofill, Earl Klugh, Peter White, labelmate James Lloyd from Pieces of a Dream and many others. The hip-hop-flavored title track takes its name from the Detroit nightclub that Zonjic and a few partners opened in early 2004, but also celebrates the positive vibe that’s been moving through the Motor City after decades of socio-economic struggle. Detroit-based vocalist/songwriter/musician Kem, still riding the wave of his highly successful 2002 Motown debut album, helps out with the vocals on “Seldom Blues.”
On his June 2009 Heads Up release, Zonjic tips his hat to his adopted city of Detroit. Doin’ The D features guest appearances by saxophonist Kenny G, trumpeter Rick Braun, Special EFX guitarist Chieli Minucci, vocalist Maysa Leak and others. In addition to the many new faces, keyboardists Jeff Lorber and Bob James – longtime collaborators who have appeared on previous Zonjic recordings – make substantial contributions to Doin’ The D.
“It’s never the same ole same ole,” says Zonjic. “I’m always looking forward. I’m always optimistic.”