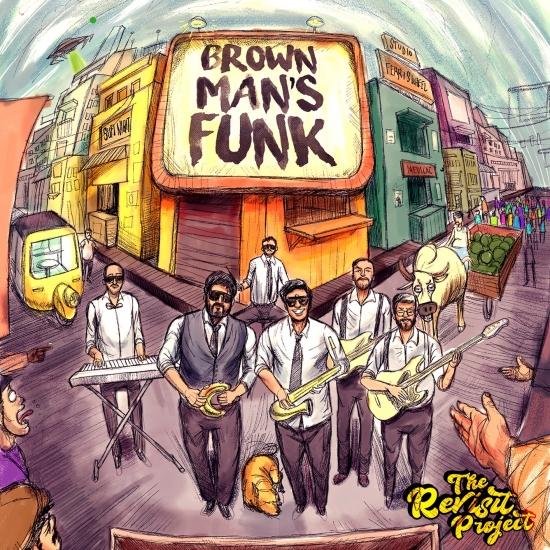 What was a tribute band until a while ago, bringing to life old Hindi film classics of composers such as RD Burman, OP Nayyar, Madan Mohan and AR Rahman, with a jazz and funk twist, has now begun to dabble with the genre of funk. The band, The Revisit Project, may have released their debut album, ‘Here We Go’, last year, but it is the latest, ‘Brown Man’s Funk’, which has put them under the limelight. Their gigs are finding a fan base, with outings at various venues and festivals across the country.
While ‘Here We Go’ had jazz fusion music inspired by the music of bands such as Yellow Jacket and Weather Report, the latest album is funk infused. “We’ve found our sound in funk,” says Abhay Sharma, saxophonist. The first song, Did you just assume my fender?, is a retelling of a tiff between Sharma and Kanu Gangahar, when the former is unable to recognise which Fender guitar Kanu plays. In the second, the listeners find the band battered and bruised, but soon music heals them, and they are ‘blues’d’.
The album also has a song, Sir Dravid, a tribute to cricketer Rahul Dravid. The title track recounts the story of India from 1949, when the Constitution was being instituted. It also tells of the three major wars in the brown subcontinent, riding through liberalisation, the green wave and making it past millennium.
“Most of us come from refugee families and have heard stories of how things were for our elders back in Pakistan. Over time, I’ve read books and watched documentaries to understand problems India has faced and overcome over the years. At the same time, India, Pakistan and Bangladesh make one subcontinent and the brown man’s community. And I have a dream that we all come together, as the Blacks did as a culture,” says Sharma.
On making music, he says, “I don’t think any music is original, every song is inspired from something and somewhere. We spent a long time playing music of some great musicians and learned from them and it has helped us make our own sounds. There is more context backing our music this time, rather than drawing solely from the genre. Everyone plays however they feel while jamming, whatever comes naturally to them. We want to play the song rather than back each other,” he says.
The idea of a tribute band was suggested by Sharma’s father, who felt the youth were forgetting their music. Sharma looked around in his college and a few more agreed, and The Revisit Project was born in 2014. “It was all Ramjas boys then” he says. Drummer Abhijit Sood is the one who has stuck around since then. With some entries and exits, it has now found stability with Karan Wadhwa on bass, Birraj Singh Taneja on keyboard, Varun Rajasekharan on percussions, and Kanu Gangahar on guitar.
Aditya Bhagvatula, drums
Kanu Gangahar, guitars
Birraj Singh Taneja, keyboards
Abhay Sharma, saxophone
Karan Wadhwa, bass
Varun Rajasekharan, percussions 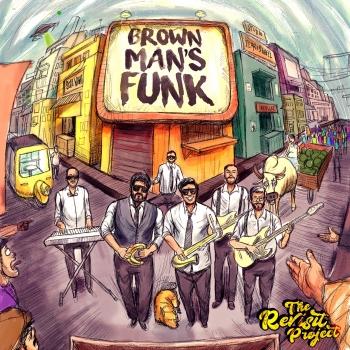 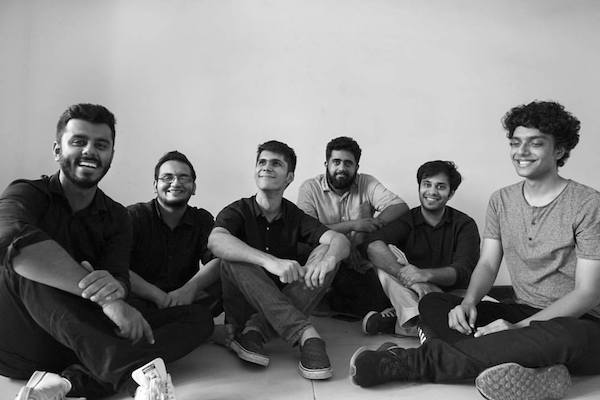 The Revisit Project
The inception of the band is a result of a long thought process over bringing back some of the greatest tunes of all time and adding to it our own style. TRP is all about paying tribute to the distinguished musicians and unmasking a new rendition of some of their best hits. Our motive is to explore more and give out to the audience a newer version/taste of these songs while keeping them all hooked and nostalgic. Ours is purely an instrumental band giving feel of a jam band with some whacked out musicians. You don't want to miss this!