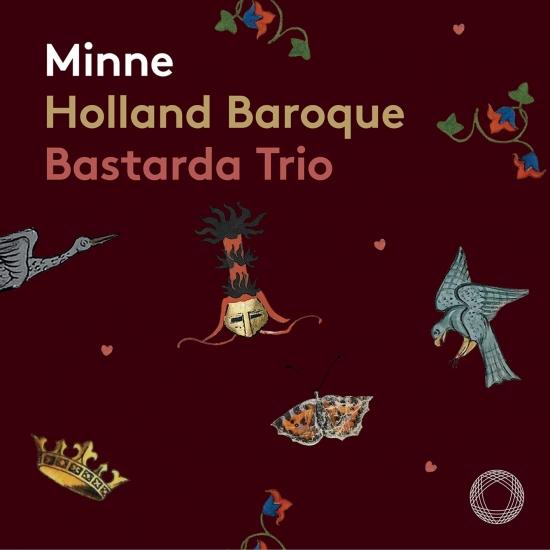 Holland Baroque presents Minne, an improvised programme inspired by the love poetry of medieval mystic Hadewijch from Brabant. Hadewijch was a 13th-century beguine who wrote an impressive oeuvre of love poetry, providing an original, female perspective on medieval life. For this project, Holland Baroque works together with Bastarda Trio, a folk-jazz group combining the unique sonorities of clarinet, cello and contrabass clarinet. Inspired by medieval poetry, the result is a playful, passionate, truly contemporary album.
Holland Baroque is an original and innovative baroque orchestra that approaches baroque repertoire through a fresh and contemporary approach, with a focus on improvisation and collaborations with outstanding artists from different traditions. Minne is their fourth PENTATONE album, after having released Brabant 1653, Polonoise (both 2021) and Silk Baroque (2019) with the label. Bastarda Trio makes its PENTATONE debut.
Bastarda Trio
Holland Baroque 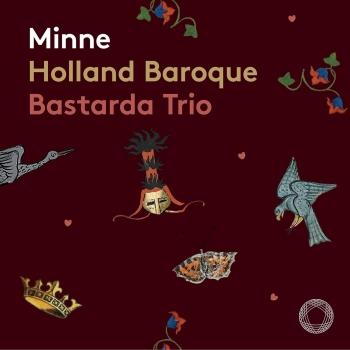 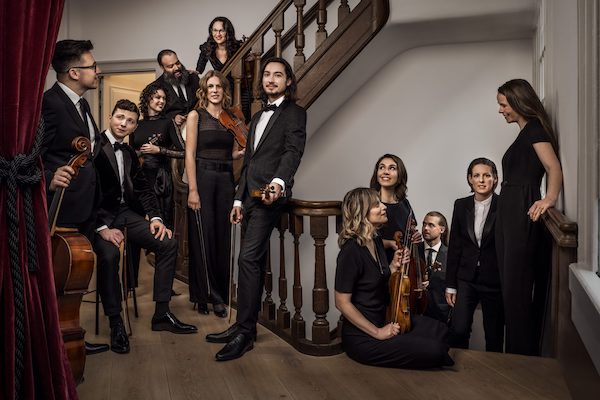 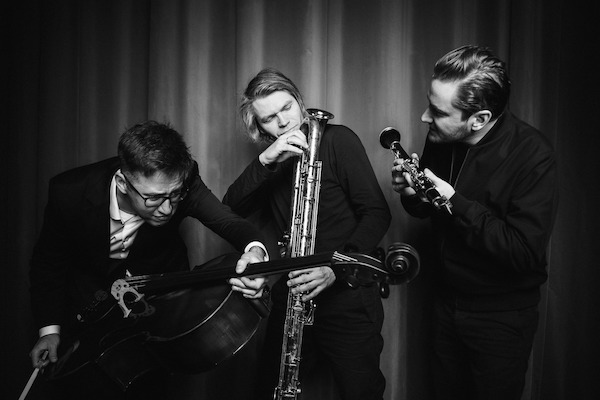 Holland Baroque
is an original and innovative baroque orchestra. The musicians use their instruments to sing, dance, cry, and laugh through tradition, innovation, surprise, and a dash of entertainment. Founded in 2006, Holland Baroque has worked with many soloists, composers, choirs, and theatre producers.
Encounters with soloists often result in warm friendships and unlock new worlds of sound. The easy blend of Eric Vloeimans’ velvety sound with the cornetto shows us that baroque is now. Together this trumpet whisperer and Holland Baroque were awarded an Edison for their album Carrousel.
Touring with piano virtuoso Leszek Możdżer proved that in a baroque orchestra the score can keep changing when the composer is improvising among the musicians. Cellist Giovanni Sollima wrote compositions for Holland Baroque that could not have been more Neapolitan: again, a tribute to the past and at the same time as current as today’s news.
From Bach to gospel, from jazz to Gregorian chant; Holland Baroque is a welcome guest on (inter)national stages with its innovative programmes. The ensemble has received numerous awards, including an Edison, and is a member of the Dutch Basic Cultural Infrastructure. Since its formation, Holland Baroque has been committed to education with Kids Only concerts, its Samama Fellowship and workshops with MBO and HBO courses..
Bastarda Trio
Founded by clarinettist, improviser and composer Paweł Szamburski in conjunction with two other unconventional musicians: Tomasz Pokrzywiński (cello) and Michał Górczyński (contrabass clarinet). This unusual combination of instruments creates a unique, completely new timbre, which has become the characteristic feature of Bastarda’s style.
The Trio has been praised for creating their own musical language, which has become the tool for reinterpreting early music. Chorales, motets and litanies are merely starting points for improvisation and new compositions; rich counterpoint of early polyphony implodes into minimalism; the “alla bastarda” method finds its way in a new context. That way musical traditions of the past morph into A modern, original and personal artistic voice.
Paweł Szamburski, Tomasz Pokrzywiński, and Michał Górczyński – coming from different musical backgrounds – are interested in demonstrating how early music can sound today, filtered through their personal and contemporary musical experiences. The group’s members share their knowledge with audiences from all around the world and also scholars; taking part in project meetings and debates, as well as playing live improvised music inspired by the ongoing research of the early music period. This creative and brave approach to early music has not gone unnoticed. After releasing their first album, Bastarda was invited to become an official partner of the international research project HERA „Sound Memories. The Musical Past in Late-Medieval and Early Modern Europe.” (www.soundme.eu) conducted by leading European musicologists. Thanks to that collaboration the ensemble has taken part in numerous conferences, project meetings and debates, and also performed to great critical acclaim in front of scholarly early music audiences. These concerts have been described as jazz-like experiences, bringing a thrilling freshness and unpredictability to the medieval and renaissance repertoire.