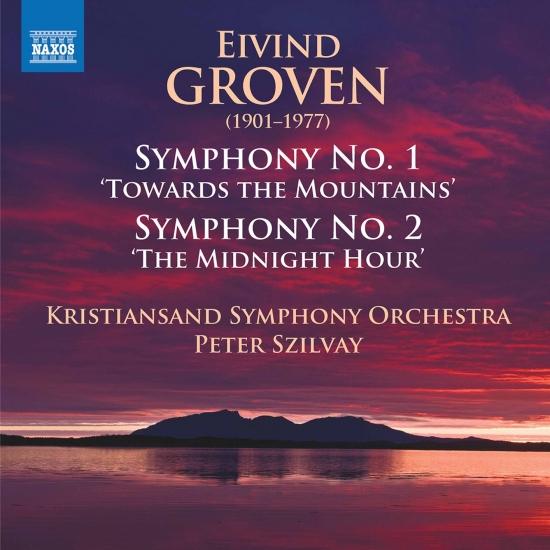 Many interwar Norwegian composers tried to create a new national music by combining elements of authentic folk music with new techniques. Eivind Groven was considered one of the most innovative composers in this quest, integrating the structure of folk dances from his rural upbringing into familiar formal principles. Both symphonies make use of techniques of so-called ‘progressive transformation’, which led fellow composer Arne Nordheim to declare: ‘While others made instrumentations of folk tunes, Groven created sounds, for example in his [two] symphonies which, in my opinion, are quite unique.’
"Born in Norway in 1901, Eivind Groven, grew up on a farm that offered a backdrop for folk music, and aged just 15, he had a fiddle repertoire of over 200 dance tunes. Becoming a school teacher and a move to Oslo brought his first encounter with classical music, and created a desire to bring together the music he heard in the concert hall with his vast wealth of folk music. It was to be the basis of his First Symphony in 1937, subtitled ‘Towards the Mountains’, the inspiration coming from Hans Kinck’s play, ‘The Cattleman’. Cast in four movements, and employing a modest sized orchestra, it was to be revised in 1950, seven years after completion of his Second Symphony. There are informative printed notes in the disc’s booklet to guide you through each score, and when he introduces folk melodies, they are integrated into the content of the music rather than standing apart from it. For my part, I would say that while he created a personal voice, the music belongs to the late 19th century. Often forceful, as in the first movement of both symphonies; there is the attractive melodic invention we find in the hauntingly expressive Largo of the First; a dramatic war influenced Andante in the Second Symphony that ends in a mood of optimism. Groven was to die in 1977, never having added to those two symphonies. They are here performed with much conviction by the orchestra from Kristiansand, one of Norway’s seven full-time orchestras, here conducted by Peter Szilvay. With a wide dynamic range, there is also clarity of detail in a fine recording." (David’s Review Corner)
Kristiansand Symphony Orchestra
Peter Szilvay, conductor 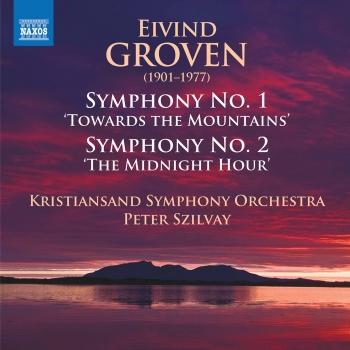 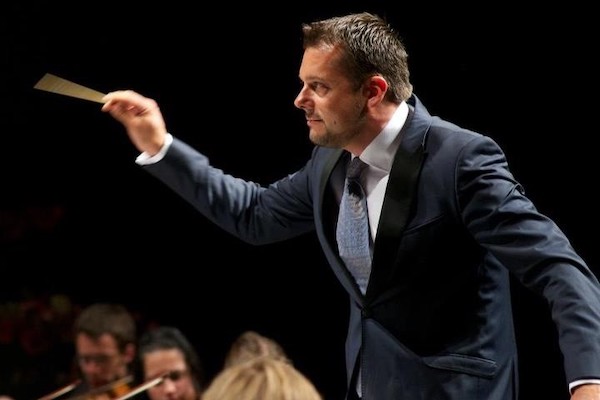 Kristiansand Symphony Orchestra
numbering 71 musicians, is one of Norway’s seven full-time professional symphony orchestras. The orchestra is a young and vital ensemble comprised of musicians from fifteen different nations. The esteemed conductor Giordano Bellincampi has been the KSO’s Chief Conductor since 2013 and concludes his tenure with the orchestra in the spring of 2018. His predecessors include the renowned Norwegian conductors Terje Boye Hansen and Rolf Gupta. The orchestra is excited to announce the appointment of Nathalie Stutzmann as its next Chief Conductor, and looks forward to the beginning of her tenure with the start of the 2018-19 season.
The city of Kristiansand, located on the southern coast of Norway, has a nearly 100-year tradition of symphonic music. The Kristiansand Symphony Orchestra has existed in its current form since 2003, when the Kristiansand Chamber Orchestra joined forces with Southern Norway’s professional military band.
Within its 42-week season, the KSO performs approximately twenty symphonic subscription concerts, as well as family concerts, educational programs, a chamber music series, and a variety of recording projects.
In 2012, the orchestra moved into its new home, the Kilden Performing Arts Centre. Kilden is also home to Kilden Theatre and Kilden Opera, making a multitude of joint productions with the KSO possible, such as opera, musicals, and collaborative projects with Kilden’s outreach program, Kilden Dialog.
The state-of-the-art technical capabilities of Kilden allow for innovative collaborations with Kilden Digital. With their cooperation, the KSO is able to stream concerts throughout its season to an audience who otherwise cannot visit Kilden in person, for example, children in hospitals and the elderly in care facilities. NRK, Norway’s national broadcasting service, regularly records the Kristiansand Symphony Orchestra’s concerts.
Peter Szilvay
is one of the most sought after Norwegian conductors and is often seen both on the operastage and in front of orchestras. His career developed quickly after his acclaimed final diploma exam with the Norwegian radio orchestra. Peter Szilvay has also composed several pieces and worked in the early years as a professional violaplayer. After his exam he worked as assistant conductor in the Stavanger Symphony orchestra and served Mariss Jansons as PA for three years. In 1999 he won the competition «Conductor of the year» in Oslo. ​
Szilvay has conducted orchestras and opera abroad and in Norway. He has conducted the St. Petersburg philharmonic orchestra in Russia, the Gothenburg,Umeå and Malmø symphony orchestra in Sweden, the radio orchestra in Paris, the Royal Danish orchestra and at the opera in Würzburg, Germany. ​
In Norway he has conducted the Oslo Philharmonic orchestra, the Bergen Philharmonic orchestra, The Norwegian Chamber orchestra, Stavanger symphony orchestra, Trondheim symphony orchestra, Kristiansand symphony orchestra, The Norwegian Opera and ballet, Arctic Philharmonic orchestra, The Norwegian radio and all the military wind-bands. The sinfoniettas of Oslo, Trondheim, BIT20 Bergen, Arctic sinfonietta and Bodø sinfonietta is also on his agenda. In 2011 he won the Norwegian composers artist price for his energic work with norwegian music, and composers. ​
His repertoir stretches From Beethoven to the late romantics, his favourites among many are Mahler and Bruckner. The Italian and German operastage, from Mozart to Verdi and Puccini but also the contemporary stage works.
He has been an enthusiastic ambassador for both contemporary composers and works and he has first-performed over 160 pieces.