In Motion (Live from Hammersmith) Reef 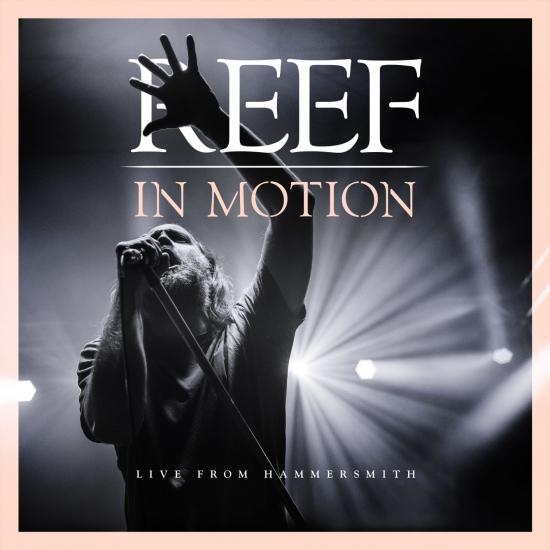 In 2018, Reef released their stunning album “Revelation”, the first in 18 years, and are now continuing their comeback with the live album “In Motion (Live From Hammersmith)”.
The show was recorded on May 6th at the legendary Hammersmith Apollo in London as part of the “Britrock Must Be Destroyed Tour” (amongst other 90’s britrock legends like Terrorvision and The Wildhearts).
Reef were the last act to grace the stage on that night, and after knocking out “Place Your Hands”, the band almost immediately settled into the joyous soulful rhythm of the first single from the latest album “Revelation” before a magnificent performance of the duet “My Sweet Love” with their backing singer taking over Sheryl Crow’s part.
This energetic show is a mix of classics such as “Naked” and “Summer’s In Bloom” and new songs from the highly acclaimed comeback album “Revelation” – including the title track, the heavy rocker “Precious Metal”, and the gospel-infused smash hit “How I Got Over”.
A welcome chance to turn back time and remember some sing-along classics from yesteryear while enjoying the present and future of one of Bristol’s finest!
Gary Stringer, vocals, acoustic guitar, tambourine
Jesse Wood, guitar
Jack Bessant, bass, acoustic guitar, keyboard, backing vocals
Dominic Greensmith, drums 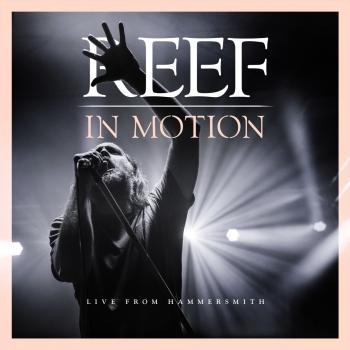 In Motion (Live from Hammersmith) 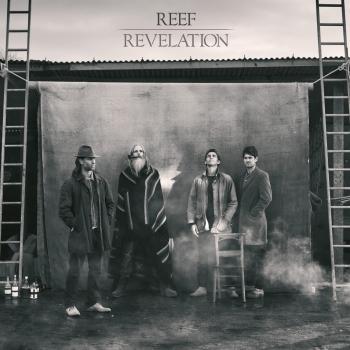 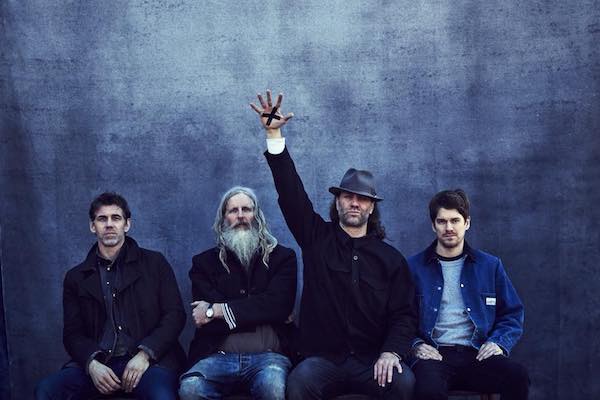 Reef
Emerging at the height of Brit-pop, Reef had little in common with their British peers; instead of sounding like an amalgam of the Beatles, the Jam, and Stone Roses, they were indebted to the Stones and the Black Crowes. But, through constant touring, as well as being featured in a television commercial for Sony's Minidisc player, they managed to cultivate a large fan base that expanded significantly with the release of their breakout album Glow.
Comprised of Gary Stringer (vocals), Kenwyn House (guitar), Jack Bessant (bass), and Dominic Greensmith (drums), Reef formed in Street, England, a small town outside of Glastonbury. Initially named Big Talk, Stringer and Bessant were the core members of the group and House rejected their initial overture to join the band. Big Talk relocated to Cornwall, where they merged with the Glastonbury-based No Smoke, who were looking for a new singer since their previous vocalist had left to become a Hare Krishna. The new band became Chief. After a few months, Chief broke up; its drummer, Paul Winterhart, would later join Kula Shaker. Stringer and Bessant split temporarily as they traveled the world to find themselves. Bessant returned to England, where he began studying music at the West London Institute and met House and Greensmith. Shortly afterward, Stringer returned to London, and all four musicians formed Naked. The band recorded a handful of demos in the fall of 1993, sending the results, titled "The Purple Tape," to S2, a subsidiary of Sony Records. S2 signed the group but asked them to change their name; the group settled on Reef. The label had Reef tour the U.K., and after a few months, the group graduated to headlining appearances, eventually opening for Paul Weller at the Royal Albert Hall in 1994.
Replenish In March of 1995, the group released their debut single, "Good Feeling," which climbed into the Top 20. A few months later, Reef contributed "Naked" for a television commercial for the Sony Mini-Disc player. The commercial substantially increased the size of Reef's audience, and shortly afterward, "Naked" reached number 11. Both singles were from their 1995 debut, Replenish, which climbed into the U.K. Top 10 and received good reviews from British metal publications. Following performances at summer festivals, the band released the non-LP "Weird," which became their third Top 20 hit. On the strength of constant touring, including opening slots for the Rolling Stones and Soundgarden, Replenish reached the U.K. Top 10 in early 1996.
Reef returned with the new single "Place Your Hands" in the fall of 1996. Unexpectedly, "Place Your Hands" became a huge hit, rocketing into the Top 10 and laying the groundwork for their second album, Glow. The album entered the charts at number one upon its January 1997 release, going silver in its first week. "Come Back Brighter," which was released two weeks before the LP, and "Consideration" both followed the album into the Top 10. Glow was released in the U.S. in the spring.
Rides Recording soon began for Reef's third album, Rides, at Ocean Way Studios in Los Angeles, again with George Drakoulias. Released in 1999, Rides peaked inside the Top 5 in Great Britain. Fourth album Getaway appeared in 2000, produced by Al Clay (Pixies, Stereophonics), and reached number 15. The band financed their own recordings, getting back to basics with a rawer sound, but Sony disliked the results, and only a handful of songs appeared on the compilation Together: The Best of Reef. Greensmith then left the band, replaced by Nathan Curran, but Reef dissolved soon after.
Other projects abounded for the bandmembers, though, with House playing in a band called McArthur, and Greensmith forming Kubb and also playing in punk supergroup Carbon/Silicon with the Clash's Mick Jones and Generation X's Tony James. Meanwhile, Stringer and Bessant played in a group called Them Is Me.
Revelation In 2010, Reef reunited for a brief tour, including appearances at the Isle of Wight Festival and Glastonbury. Occasional live dates during 2011 and 2012 followed, but House left the band, replaced by Jesse Wood. The group recorded a single in early 2016 titled "How I Got Over," and opened for Coldplay at Wembley Stadium in June 2016. Over the next few years, the group began road testing new material before heading to Ireland with Drakoulias to start recording. The resulting fifth album, Revelation -- coming some 18 years after the release of Getaway -- was issued at the beginning of 2018. (Source: AMG)