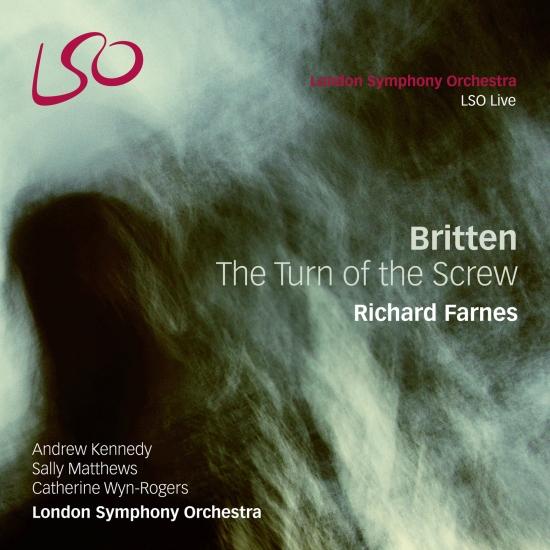 Released in the Britten anniversary year, Richard Farnes, the Music Director of Opera North who led their critically acclaimed production of 'The Turn of the Screw' in 2010, conducts an all-English cast in Britten’s most ingeniously crafted opera, including Andrew Kennedy, Sally Matthews, and 11-year old Michael Clayton-Jolly in the role of Miles.
Originally scheduled to be conducted by Sir Colin Davis, Richard Farnes was the natural replacement, himself having been mentored by the late conductor.
In 1932, the 18-year-old Britten heard on the radio ‘a wonderful, impressive but terribly eerie and scary play 'The Turn of the Screw' by Henry James.’ Britten’s version of the ghost story, premiered in 1954, is a chamber opera in a prologue and two acts. The opera tells the story of a Governess and a housekeeper, Mrs Grose, who vow to protect two children, Miles and Flora, from the strange happenings that occur in the grounds of their English country house.
"There are two main glories to the performance: the first is Richard Farnes’s conducting of the LSO, which is taut and controlled but evolves at a natural pace....The second is Sally Matthews’ Governess; this is a voice with infinite colours and the soprano knows how to maximise her gift." (Opera Now)
"It's Andrew Kennedy as the ghost Peter Quint who impresses most...He's a worldly Quint...one whose voice naturally embodies all the necessary qualities to dramatize the childlike appeal of Quint's high-flown poetic language...As the hapless ex-governess Miss Jessel, Katherine Broderick brings a pleasing edge to the part." (International Record Review)
"The orchestral performance under Richard Farnes is everything it should be, and indeed as a representation of this chilling score this is a very good performance indeed. That said, it does lack the sheer sense of discovery and horrified engagement that was present in the original Decca recording." (MusicWeb International)
"there is much to admire, especially in the virtuoso playing of the LSO musicians, but the drama seems underplayed...Still, this is a good cast in an opera that rarely gets a poor performance...Kennedy is an expressive Quint, especially imaginative in the Prologue" (Gramophone Magazine)
Andrew Kennedy, tenor (Peter Quint, Prologue)
Sally Matthews, soprano (Governess)
Michael Clayton-Jolly, treble (Miles)
Lucy Hall, soprano (Flora)
Catherine Wyn-Rogers, alto (Mrs Grose)
Katherine Broderick, mezzo-soprano (Miss Jessel)
London Symphony Orchestra
Richard Farnes, conductor 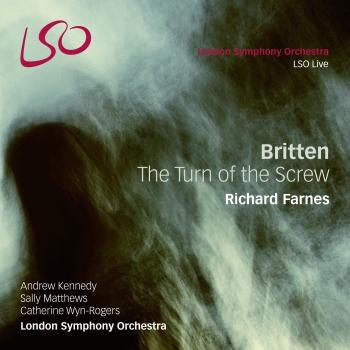 Booklet für Britten: The Turn of the Screw, Op. 54