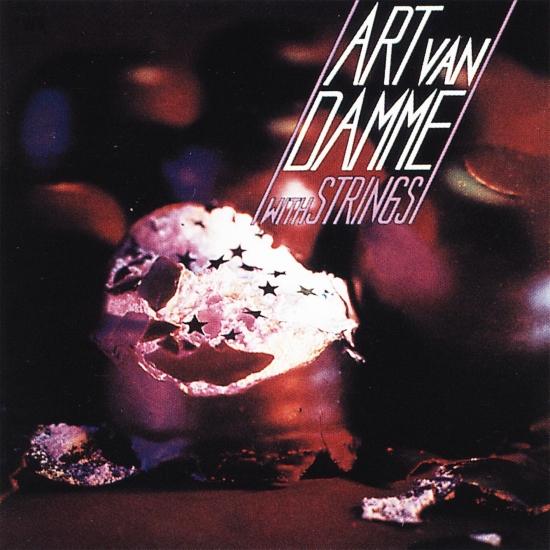 Called “The hippest cat ever to Swing an accordion”, Art Van Damme was born in the small town of Norway, Michigan in 1920. The 40’s and 50’s saw the classically trained Van Damme revolutionize the way the accordion was played, removing it from its stereotyped role as a polka playmate; in 1947 Van Damme made the cover of the prestigious jazz magazine Downbeat and was voted “Top Accordionist” 10 years in a row. He starred on such popular American TV programs as “Today”, “The Dinah Shore Show”, and “The Tonight Show”, and toured Europe some 40 times. With his decision to combine guitar and vibes with accordion, Van Dam’s groups developed a unique sound early-on. His recordings with MPS were some of his best, given the company’s predilection of allowing the musicians a free hand. As one reviewer put it, Van Damme played “…right-hand runs with a velocity and lightness of touch that defied the presumed limitations of the instrument, consistently emphasizing the lyric contours of a melodic phrase rather than the lightning technical flourishes that led up to it.”
Art Van Damme with Strings represents something special in MPS’s Van Damme catalogue – Art’s first recording with strings. The accordion-guitar-vibes frontline is still there, but two young up-and-coming German giants of the European jazz scene, bassist Eberhard Weber and guitarist Siggi Schwab, add a new sound to this edition of the quintet. The song choices are also something special, with a discerning mixture of standards, ballads, sambas and bossas, and a soul-jazz classic. Van Damme takes a spirited happy-go-lucky solo on the Rogers and Hart standard Mountain Greenery. He shows his command of Brazilian rhythms in his sophisticated renderings the classic bossa How Insensitive and Summer Samba (So Nice). There are beautiful interpretations of the ballads Polka Dots And Moonbeams, We’ve Only Just Begun, and Moonlight In Vermont, and Van Damme’s solo on Nat Adderley’s Work Song lets the listener know the man has soul. To end the album, Van Damme and Co surprise by playing the Jobim bossa Quiet Nights with a bouncy swing feel interspersed with some lightning-quick accordion runs. With lush string backgrounds and a superb quintet to spur him on, Van Damme plays at his lyrical best.
Art Van Damme, accordion
Sigi Schwab, guitar
Eberhard Weber, bass
Charly Antolini, drums
Heribert Thusek, vibraphone
Willi Lehmann, Concertmaster
Art Van Damme Quintet
String Orchestra Hubert Deuringer
Recorded June 12-13, 1973 (Quintet) & March 6, 1979 (Strings)
Produced and engineered by Hans Georg Brunner-Schwer
Digitally remastered